Everything you need to know about the Midnight Sun in Iceland

Iceland is famous for the Northern Lights in winter and the Midnight Sun in summer. The midnight sun is a natural phenomenon which brightens up the atmosphere for about 24 hours in the summertime. Here is everything you need to know about the Midnight Sun!

The Midnight Sun is a natural phenomenon known to occur South of the Antarctic Circle and North of the Arctic Circle in the summertime. These places include Northern Norway, Canada, Northern Russia, Greenland, and Iceland.

The name of the phenomenon, the Midnight Sun is very descriptive as it brings bright nights and almost 24 hours of light. But how does this happen? Our earth is always rotating at a tilted axis relative to the sun but during the summertime, the North Pole is angled towards the stars. What this does is that for several weeks out of the year the sun never sets above the Arctic Circle so the sun never sits for those located around that area. Iceland, with the exception of the island Grimsey, is technically not located within those barriers but still experiences the Midnight Sun due to its closeness and the fact that the sun is a disc rather than a point and due to atmospheric refraction.

For Iceland, the highest peak in the daylight period is called Sumarsólstöður or Summer Solstice and always take place from the 20th of June to the 22nd. 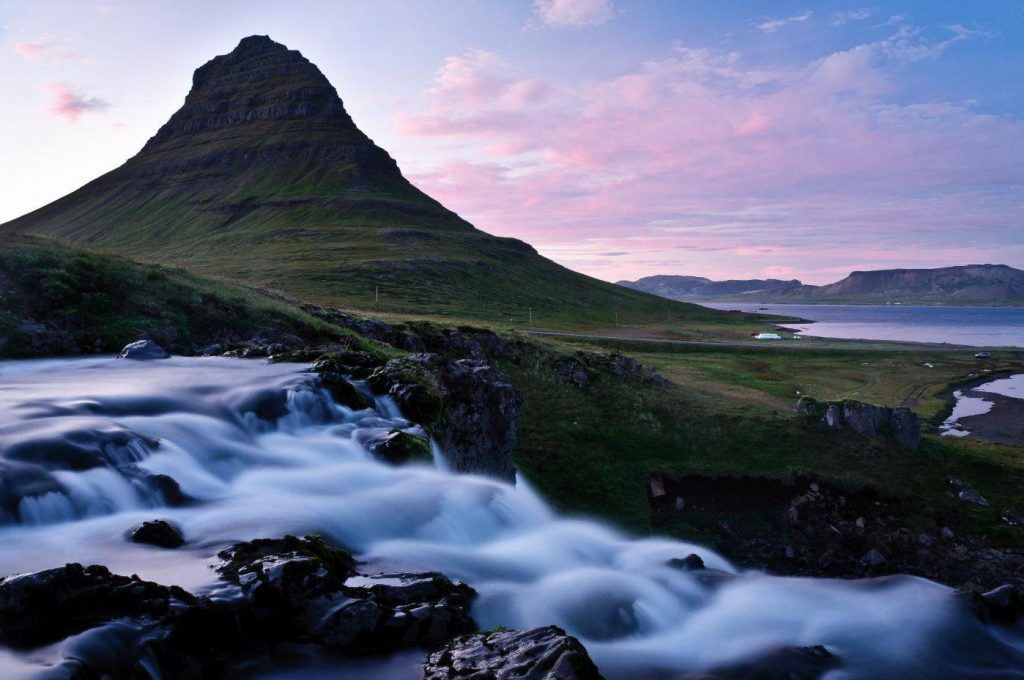 Fun Facts about the Midnight Sun

How many hours of daylight does Iceland get in Summer?

This question can be a little difficult to answer with one solid answer. From about February to October the daylight in Iceland changes so rapidly you can feel it day by day and the beginning of the month can vary about 4 hours from the last day of the month. This photo below will help to give you an insight into the range!

During the summer months, from May to August you can expect this much daylight.

Fun Fact: During the month of June you will still never really experience any darkness, even though direct daylight is only measured for 21 hours. The sun never completely sets and rises again before the light has left.

Can you see the Northern Lights in Summer? 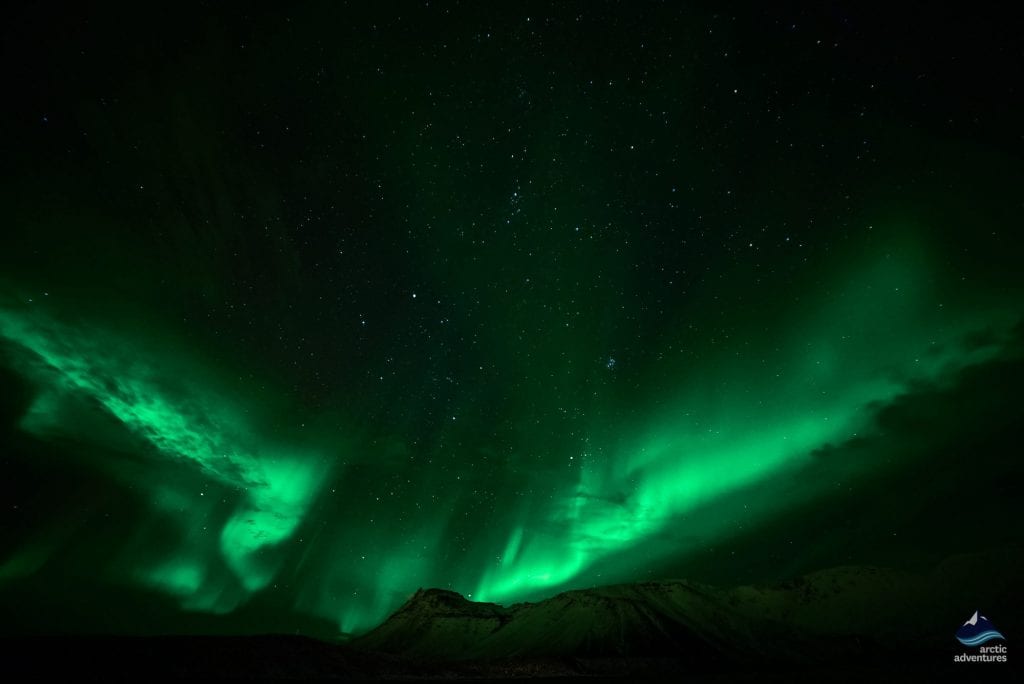 How many hours of daylight does Iceland get in summer?

Again we will have to divide the answer into months. The winters are dark here in Iceland, there is no doubt about it, but, they change quickly and no month is like the other.

What is the opposite of the Midnight Sun?

The opposite of the Midnight Sun in Iceland would be the dark winters but this is the most evident in the solstices. Iceland has an occurrence each season which is important to note. 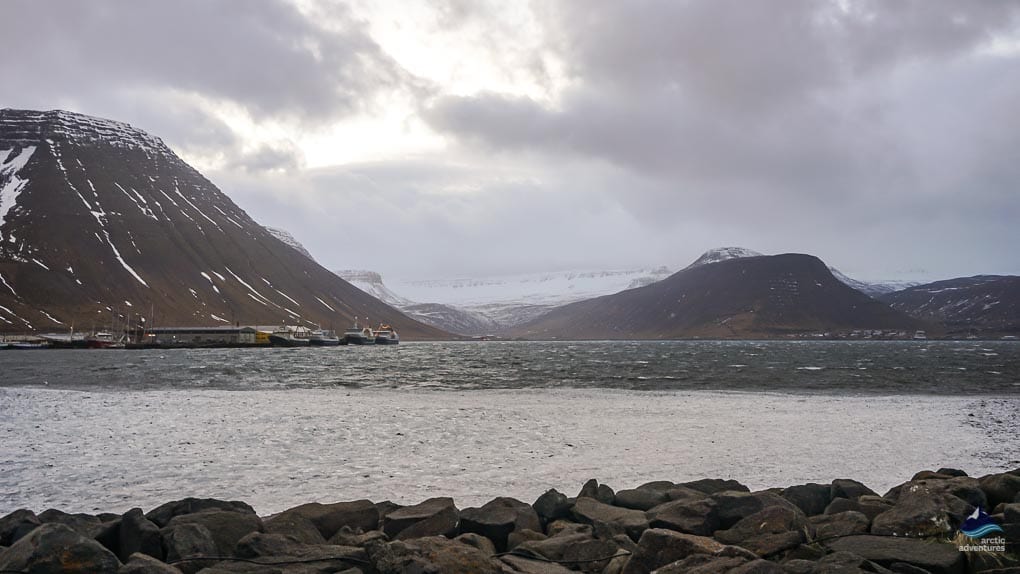 In winter we have the Winter Solstice with little to no daylight but what starts to happen after this date is that the day starts getting longer and the night brighter. In spring we have Vorjafndægur or the Spring Equinox which means that the day and night are as long. In summer we celebrate the Summer Solstice which are complete polar nights to the Winter ones, daylight for 24 hours and only brightness. In fall time we again experience Fall Equinox with the day and night being equal.

How to enjoy the Midnight Sun in Iceland? | What to do?

There are so many different ways one can enjoy the Midnight Sun in Iceland. For those who like to be in nature spent some time on hiking tours, this will really give you a sense of the eternal brightness and if you have the time taking longer trekking tours, preferably in a tent! 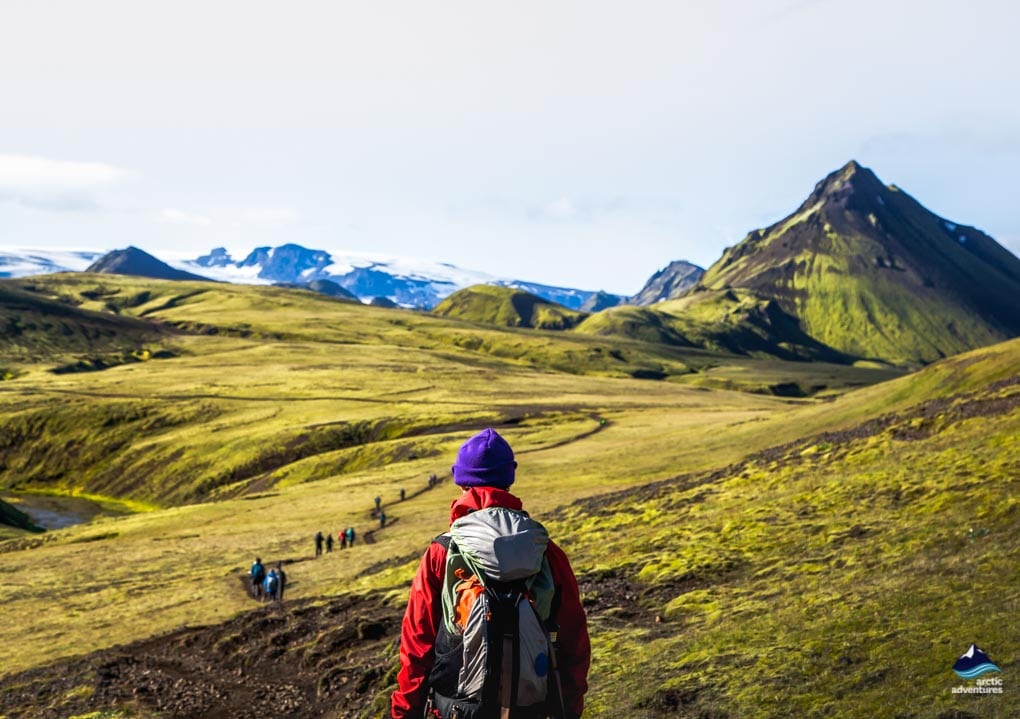 If you like the outdoors but aren’t into hiking a regular camping trip is also a fabulous way to experience the midnight sun but remember to bring sleeping masks with you, that is to say if you are going to sleep at all.

Going for happy hour downtown and making it last well into the night is another great way to take in the experience. You can even take a stroll on Sæbraut walking path which leads from Harpa Musical Hall there you will see the sun slightly dip into the horizon before going right back up, never fully leaving with the light.

Do a bright midnight picnic out in nature. For those who have a rental car this option is the perfect way to enjoy the midnight sun. Stack up on some snack and a blanket and enjoy it! Just make sure to leave nothing behind. 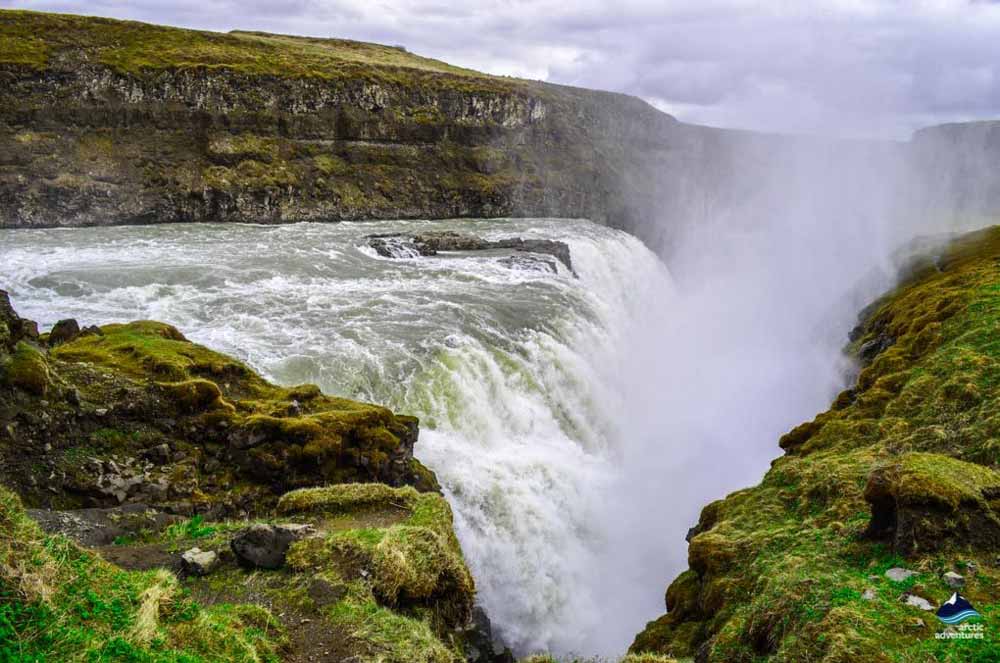 Jónsmessa is Iceland’s most famous festival to celebrate the bright summers. A similar tradition is recognized in the Scandinavian countries, especially Sweden and is known as Midsomer.

The Icelandic version of it, Jónsmessa, is named after John the Baptist but this date, the 24th of June, is believed to be his birthday. In Iceland this night is thought to be one of the four most magical and powerful nights in Iceland but according to Icelandic folklore cows can talk and seals can turn into humans during this very night. Humans celebrate it in a whole different way but taking off all your clothing and rolling naked around in the dew covered grass is a tradition!

Of course, elves also play a role in the famous Jónsmessa but Icelandic folklore also mentioned that if you stop at a crossroad of four roads which all lead to four different churches elves will come and attempt to seduce you, either with gifts or food. These sorts of tales, of the seduction of elves, is common in Icelandic lore.

The Secret Solstice is an Icelandic Music Festival held annually around this time. Big names like Die Antwoord, Big Sean, Bonnie Tyler, Goldlink, Stormzy, Foo Fighters, Prodigy, Rick Ross, Clean Bandit and Radiohead have played at the festival and even bigger names have been rumored to do the next one.

It is a 4-day festival starting on Thursday and going on until Sunday night. You will be able to catch all the biggest acts in the musical scene in Iceland and even some world-famous ones.

There are food trucks and tends to sell all sorts of merchandise within the area so you will be good to go to spend all your time there throughout the party.  This is the way to go if you wish to party during the Midnight Sun!

Is it hard to sleep during the Midnight Sun period?

For a local, it usually isn’t but for those visiting from countries where bright nights aren’t a thing, it can be. Luckily the hotels in Iceland most have thick drapes and good screens in common which help keep the light out and sleeping masks are sold all around.

Landmannalaugar is every hiker's wonderland and every photographer's dream. Join our day tour to see one of the ultimate highlights of the Icelandic highlands with your own eyes.