A Hiking Paradise and Nature Reserve in the Westfjords

Hornstrandir is a magical hiking area and nature reserve at the northernmost point of the Westfjords in Iceland. It’s famed for its incredible mountain scene, splendid views, authenticity and being home to the only native mammal in Iceland, the Arctic Fox. Go on a Hornstrandir hike to see all the beautiful nature the area has on offer!

Hornstrandir has not been inhabited since the 50s. It was abandoned social change which occurred during the World War II and has since then mainly been obtained by the Arctic Fox.

Up until that time farmers had taken on the challenging of trying to keep their farms in the steep mountains and difficult terrain mainly resulting in a lot of fishing and hunting of birds. 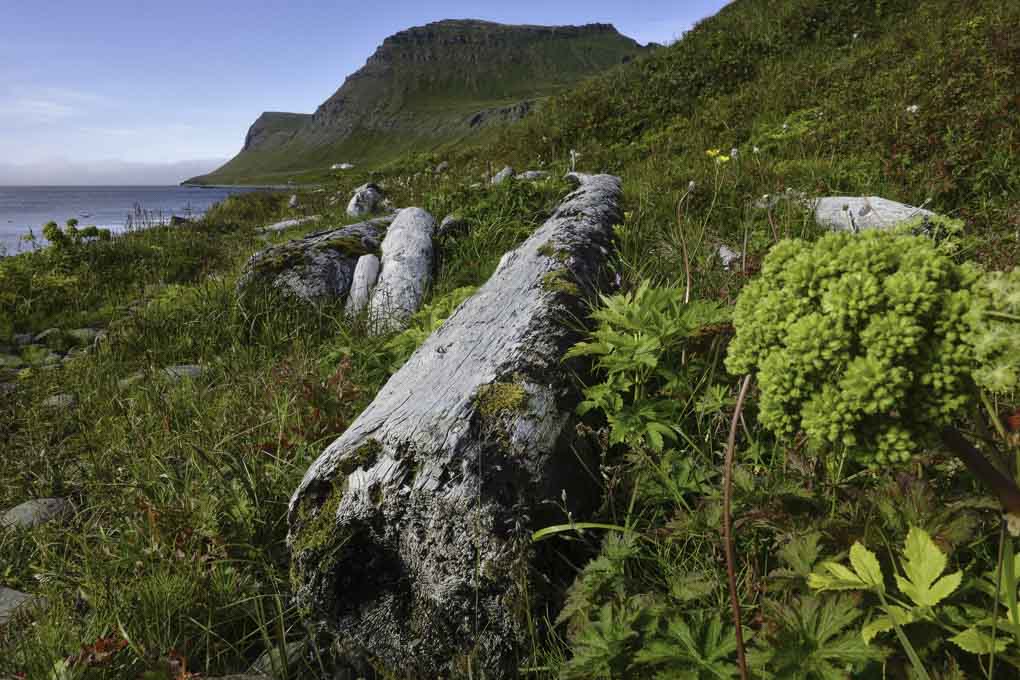 Hornstrandir became an established Nature Reserve in 1975. At that time the area had already made its place on the hiking scene in Iceland and truly treasured by anyone who visited. Hornstradir hikes are hugely popular.

In total, the area covers not only the Hornstrandir region but also a part of the Grunnarvikurhreppur district and a part of the Jokulfirdir fjords. The total area covers 580 square kilometers (220 square miles). 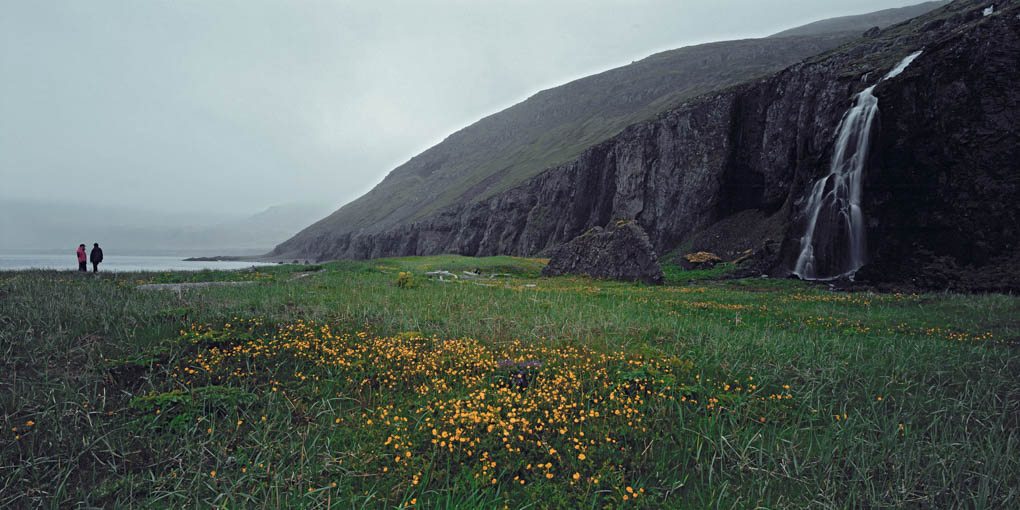 In Hornstrandir you will find the most dazzling flora and fauna with over 260 different species of flowering plants and ferns. Many of these plants are unique to the area! One of the reasons why the plants blossom so well in Hornstrandir is that the area has been devoid of grazing animals for several decades.

The primary factor that made farming in Hornstrandir different from that of other parts of the country was the struggle with the bird cliffs. The cliffs were an important source of food, but their utilization was hazardous.

The area has two of the biggest bird cliffs found in Europe’s but its three main ones are Hornbjarg, Hælavíkurbjarg and Riturinn. The largest cliff is Látrabjarg found at the Western side of the Westfjords. Over 30 different bird species nest in the area including arctic terns, puffins and black guillemots!

Hornstrandir is located at the Northernmost part of the West Fjords. It is extremely remote and only accessible by boat. The area covers 580 km².

How to get to Hornstrandir?

Hornstrandir can only be accessed a few months out of the year. From the middle of June until late August. The most common ferry to take to Hornstrandir departs from Ísafjörður, the biggest town in the Westfjords.

The ferry ride from Ísafjörður will take you to Hesteyri and takes about an hour and 15 minutes. 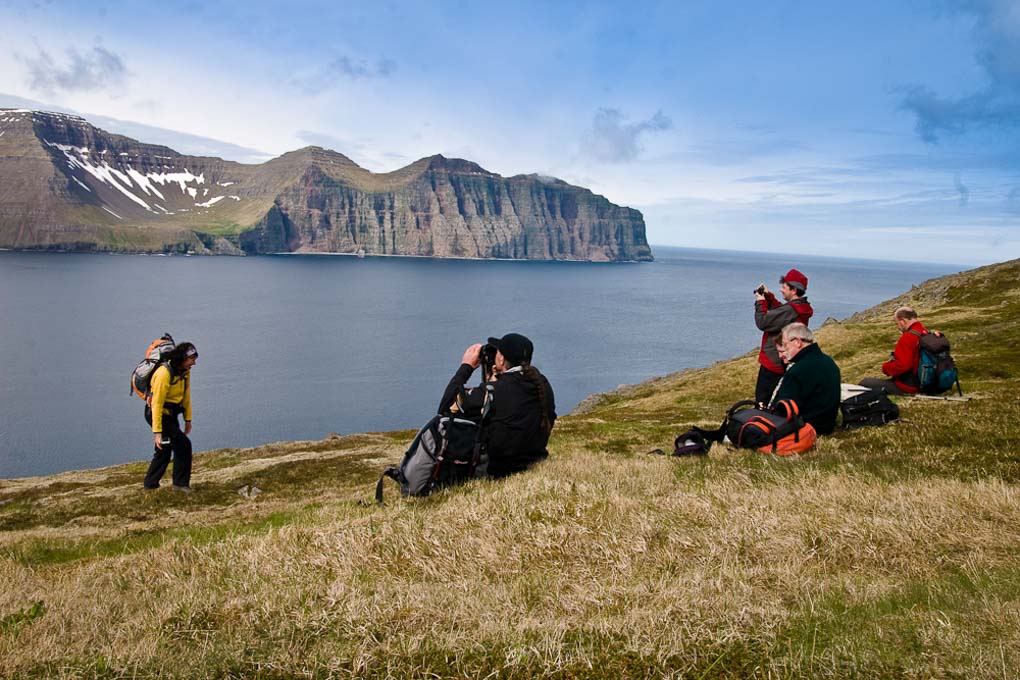 Driving from Reykjavík to Ísafjörður will take about 5-6 hours depending on your stops and covers about 454 kilometers (282 mi). The road is paved all the way so you will have trouble reaching your destination in a small car.

In winter you might want to check the forecast and road conditions before embarking on the same journey in a small vehicle.

Your other option is to take a domestic flight from Reykjavík to Ísafjörður. This will take about 35 minutes.

There are endless ways to explore Hornstrandir hikes in the area. There are numerous trails and paths to be followed. For those who are visiting for the first time, it is greatly advised to join a group, travel with someone who is familiar with the area.

Visitors must bring along tents if they are planning on staying overnight as there aren’t any alternative accommodation options to be found.

The same goes for food, but all food must be brought along. 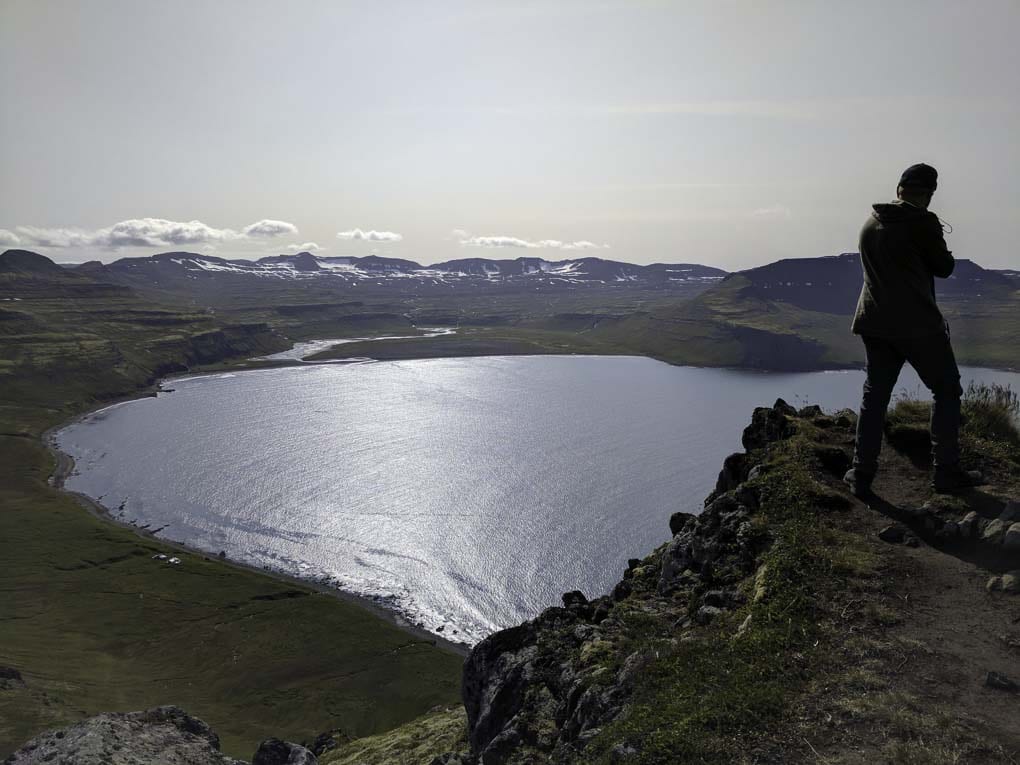 The Arctic Fox at Hornstrandir

The area of Hornstrandir is very much what many would call a no man’s lands. It has been vacant of any permanent human residents since the 1950s and the area is completely inaccessible to motorized traffic.

This is probably why the Arctic Fox thrives as well as it does in the area. It can be seen on the guided Hornstrandir Fox Watching Tour. 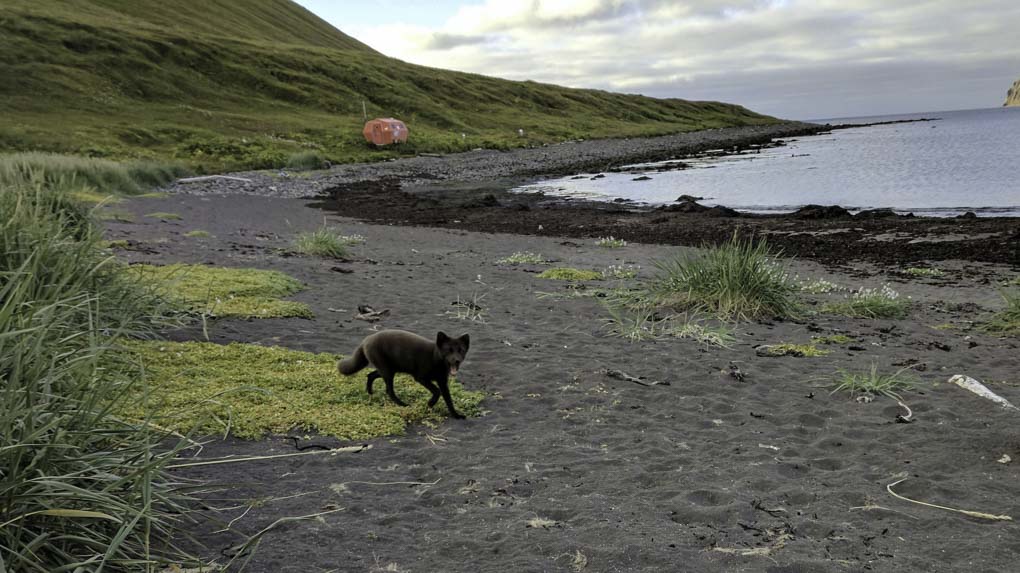 There is also an active hunting ban in Hornstrandir so the mammal can roam free without any human threat. This has also resulted in the fox being anything but afraid of the humans who visit the area.

They are often quite curious getting up close and personal to tents, sneaking a bite of your lunch or simply out of interest of these never-before-seen creatures. 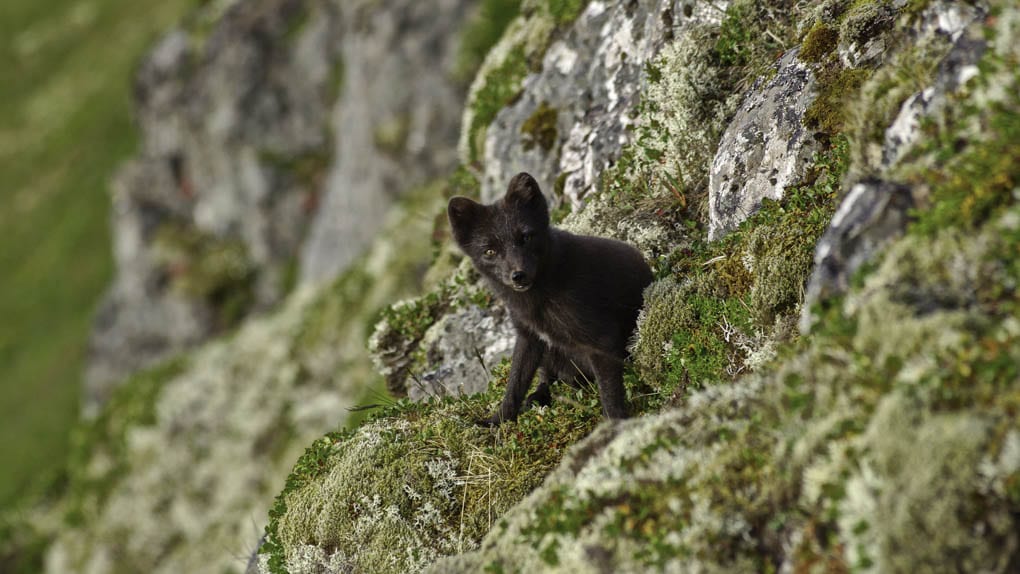 Hornstrandir are completely inaccessible in winter. Iceland isn’t exactly known for mild weather and Hornstrandir is our northernmost point and the climate is very much in rhythm with that. Winter is not the time to visit Hornstrandir! You can visit again between June and August.

Tours in the Westfjords and Hornstrandir