The Icelandic Sagas show at Harpa Concert Hall is a great way to learn about Viking settlement in Iceland and have a good laugh at the same time! This 75-minute show in English takes you through 40 epic Icelandic sagas.

Learn about the first Viking settlements in Iceland, their travels abroad, bloody family feuds, and many other historical events that formed Iceland we know today. 40 different sagas reenacted by talented performers provide a sweeping overview of the Viking-era Iceland of a thousand years ago. The show is a great way to spend the day laughing with the whole family! The sagas are performed in English so visitors from all countries are welcome.

Availability All Year
Duration 75 minutes
Departs From Reykjavik
Level Easy Suitable for most people in fair condition.
Minimum age No min age
Meet on Location Yes
Pick Up No 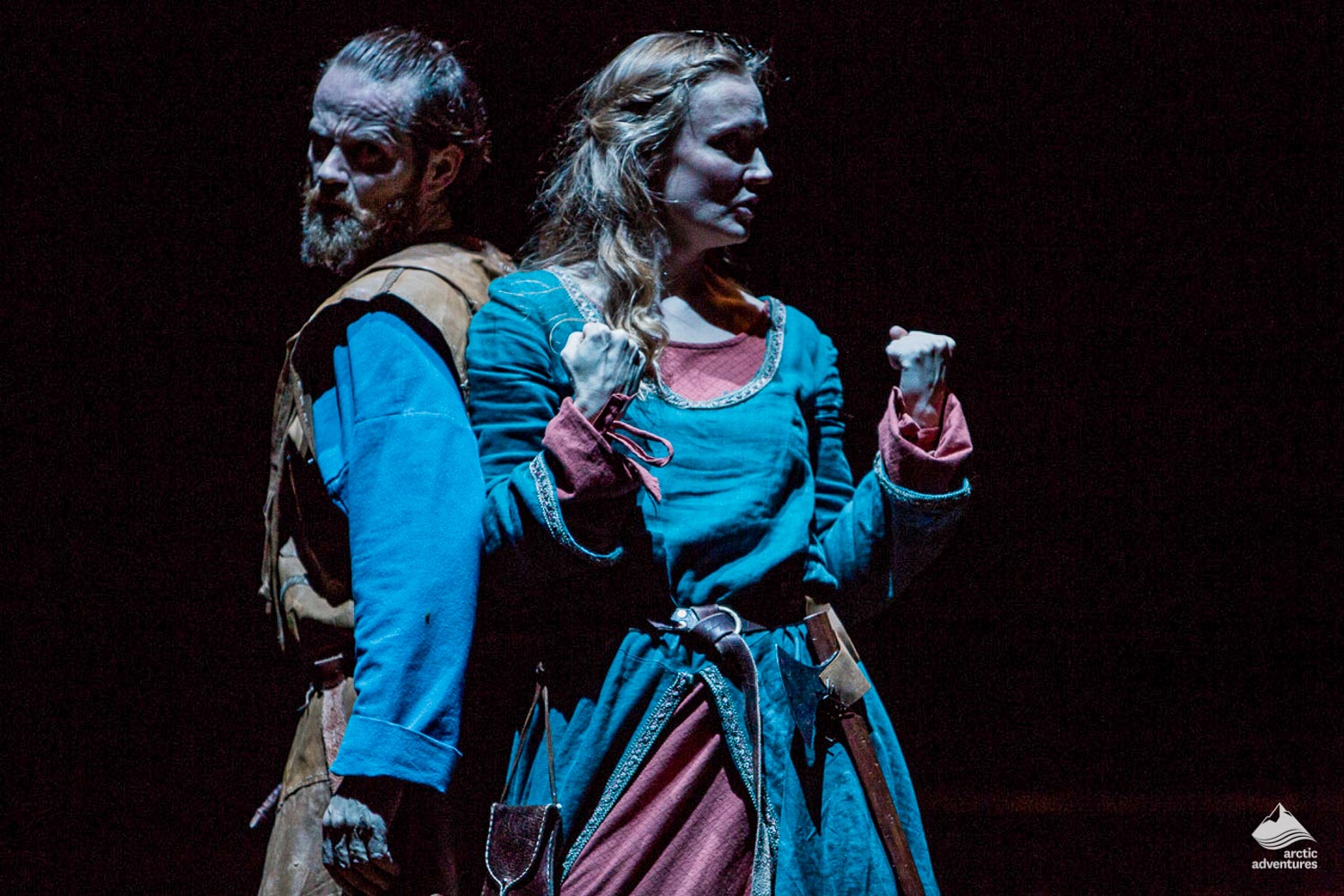 Located right at the edge of Reykjavik’s old harbor, Harpa Concert Hall presents visitors to Iceland with the ultimate Viking comedy show! 40 Icelandic sagas about Vikings, their settlement in Iceland, and the nature of Icelanders are brought alive in a 75-minute comedy show. Great fun for the whole family awaits at the Northern Lights Hall inside Harpa.

The Icelandic saga collection is an official part of UNESCO World Culture Heritage — and for good reason. The sagas depict the early life of Icelanders, Viking settlement, exploration of the surrounding world,  and heated family feuds. The show includes world-famous Icelandic sagas including the Saga of Njáll, Laxdæla Saga, Saga of Egill, and many more. Preserved on calf-skin manuscripts for more than a millennium, the sagas are an excellent way to learn about Icelandic culture, customs, and heritage.

There is no age limit for the show. Bring the whole family and spend more than an hour observing the life of the Vikings as depicted by six talented actors. Spectators are allowed to take pictures (just avoid flash), so make sure you have your camera with you! Also, the show is an interactive experience, be ready to partake when invited on stage by the performers.

Don’t miss your chance to take pictures with the actors after the show! Some spectators might even get to dress up in Viking garments and snap a few selfies — a fabulous souvenir to bring back from Iceland!

Hop On Hop Off - Reykjavik Sigthseeing