The Queen of Icelandic Volcanoes

Hekla is a volcano located in South Iceland. It’s one of the most active volcanoes in Iceland with over twenty eruptions since 874. Hike to the top of Hekla Volcano for a beautiful day trip in the South of Iceland!

Our Guide to Hekla Volcano

Where is Hekla located?
The formation of Hekla
Will Hekla erupt again?
Tips for visiting Hekla
Fun Facts about Hekla
Accommodation near Hekla
Interesting places near Hekla

Hekla erupted most recently in 1991 and again in 2000. Volcanologists say that pressure measurements within the magma chambers under the mountain are currently higher than they were then.

No one knows when the next eruption will occur, though it could certainly be said that circumstances are ripening! Hekla eruptions could last for a few days or longer than a year spewing out magnificent volumes of lava. Over 10% of the tephra created in Iceland during the last 1000 years flowed from Hekla.

In the year 1159, a huge eruption hurled 7.3 cubic meters of Hekla ash into the atmosphere, cooling the climate around Europe and interfering with growing cycles. Traces of volcanic rock from this eruption have even been found in Scottish peat bogs.

In the middle ages, when its catastrophic power was feared all over Europe, Hekla was often called “The Gateway to Hell.” In an English poem from the 11th century, Judas was said to be kept in Mt. Hekla. Following this, European clerks celebrated the eruptions in Hekla as they believed the eruptions to prove the existence of Hell.

Hekla is a part of a 40 km (25 mi) long rift. The most active part of the rift is named Heklugjá and is 5,5 km long. Heklugjá is located right under the volcano itself and feeds its eruptions. The volcano mountain, Hekla, is also sometimes known as the “Queen of Iceland.”

It’s situated in the scenic Fjallabak mountain area. A hike to Hekla’s summit (1491 m) is placed on top on many bucket lists. The hike is best done up the Northern part of the 4 km long mountains ridge and the first known people to ascend were Eggert Ólafsson and Bjarni Pálsson in the year 1750.

A day tour from Reykjavík is the perfect way to explore Hekla and the glorious mountain scenery around it. On a beautiful clear day, you are able to view Hekla from the South Coast and route 1.

For those who would like to explore the volcano from a different angle, with a 4×4 car, you can get an even better view of the scenery from the route to Landmannalaugar. Remember to look out the window when going on one of our Landmannalaugar and Laugavegur hiking or trekking tours.

Where is Hekla Located?

Hekla is located in a remote area between road number 26, the F210 mountain road and the Friðland að Fjallabaki Nature Reserve, about 122 km from Reykjavík.

The only way to get really close is to follow hiking trails – joining an organized tour is recommended. Other attractions in the area are Hvollsvöllur (61.6 km), Selfoss (73.2 km) and Geysir (106 km).

How Did Hekla Form?

The story behind the oblong shape of Mount Hekla is actually quite fascinating. Hekla was originally formed in a long fissure eruption, common with Icelandic volcanoes. 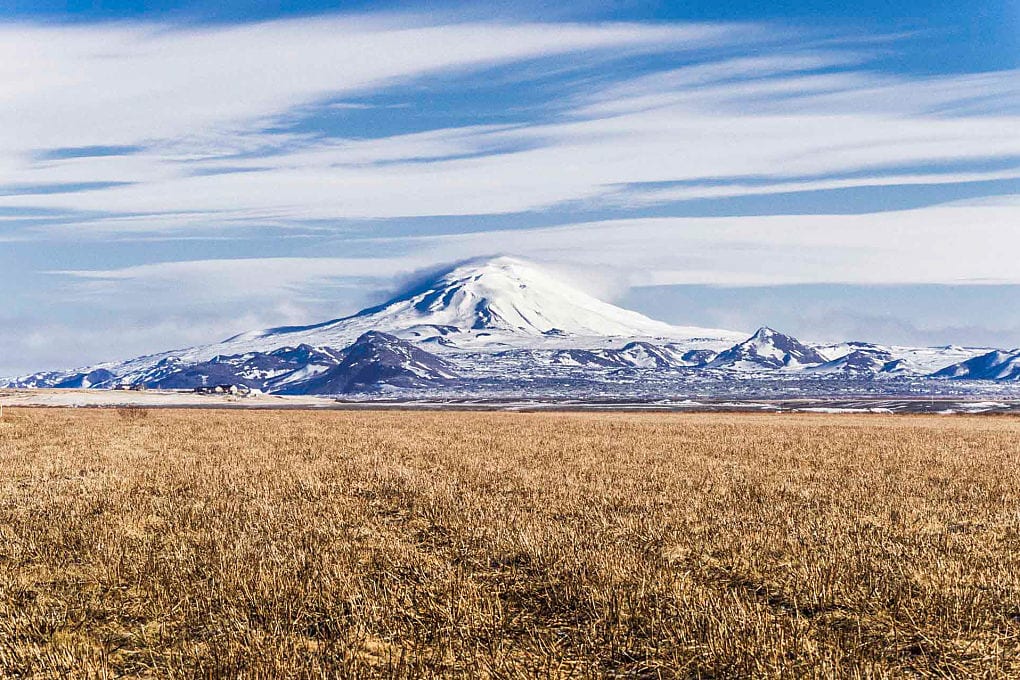 The fissure which had a voluminous lava flow created the surrounding lava field you can see today surrounding the volcano. When the power of the eruption decreased, the volcanic activity became more focused on one or two craters in the fissure. This resulted in a round-shaped caldera being formed in the center.

Other famous oblong shaped volcanoes, Snæfellsjökul, Eyjafjallajökull and Öræfajökull all have this round crater on top in common. 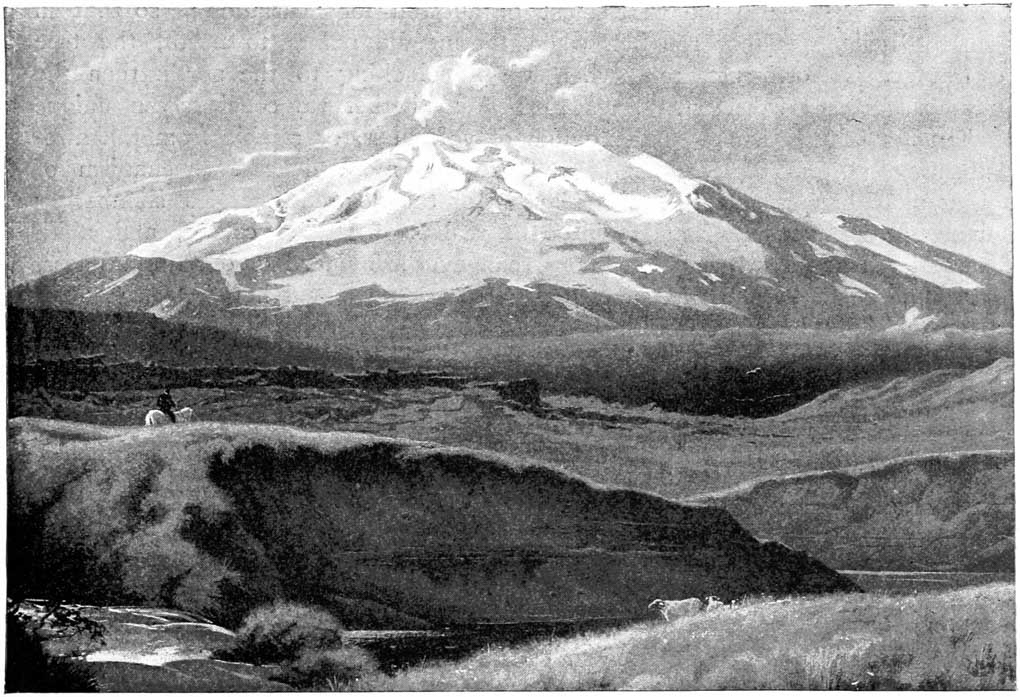 When Will Hekla Erupt Next? 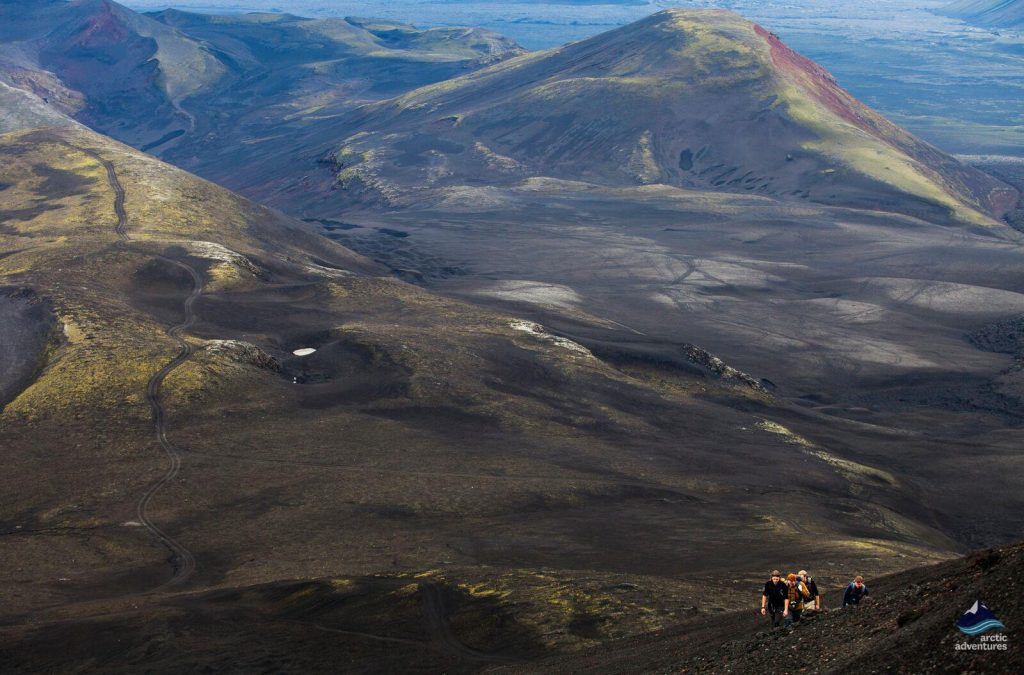 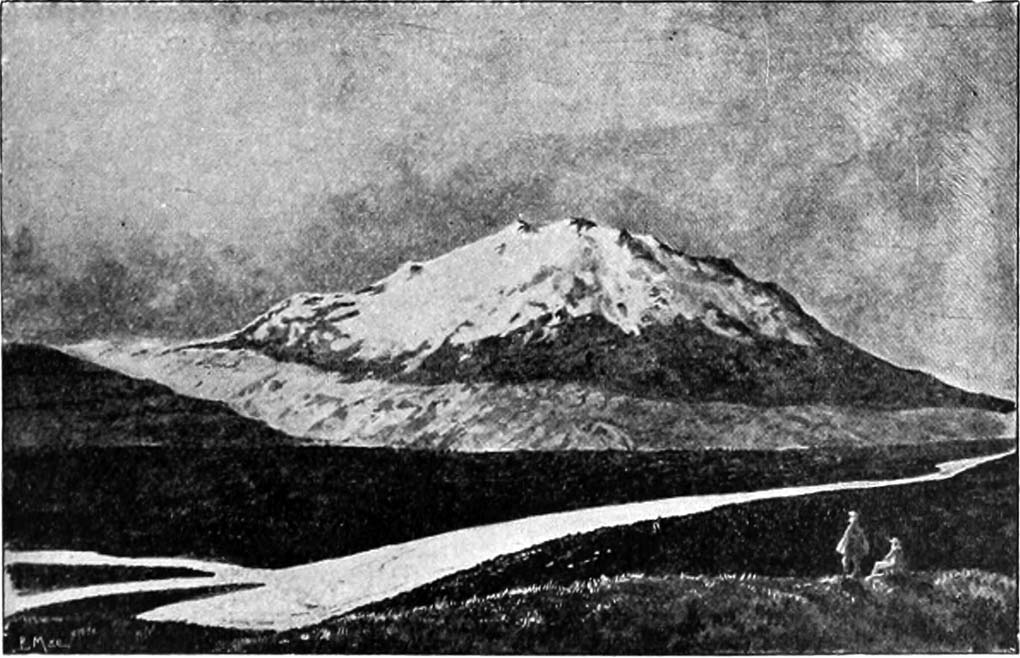 Hekla is pretty remotely located but still, you can find accommodation relatively near. Here are the ones with the best reviews the nearest being highest in each category.

The nearest camping ground to Hekla Volcano is at Rjúpnavellir located right above Galtlækjarskógur forest. It is accessible for all cars.

They offer sleeping bag accommodations for 44 people in two separate cabins and 2 cottages each able to accommodate 6 people. The facilities include cooking stations, WCs, and showers. 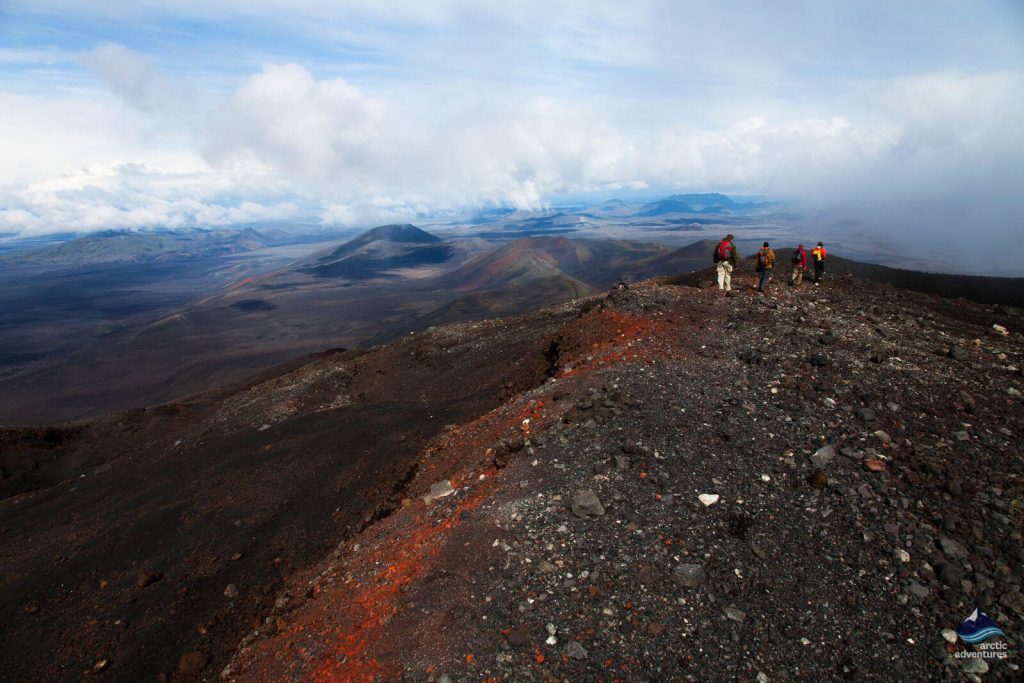 Tours with a view over Hekla

On the drive to Landmannalaugar, you will pass Hekla volcano in all its glory

Experience the great Landmannalaugar interior destination with a pro at the wheel of your Super Jeep - and don’t forget to bring along your bathing suit!

Landmannalaugar is every hiker's wonderland and every photographer's dream. Join our day tour to see one of the ultimate highlights of the Icelandic highlands with your own eyes.

On this trip, you will see Iceland's most impressive natural wonders. The incredibly varied and spectacular landscapes shaped by glaciers, rivers, volcanoes and geothermal activity are unearthly and totally mind-blowing.

Hiking through nature formed by great glaciers and volcanoes. Chosen for “20 Best Hikes in the world” by National Geographic.

Hike through stunning landscapes formed by great glaciers and volcanoes. This 4-day camping adventure will reveal the most extraordinary vistas.

Experience the highlands of Iceland on a 6 day hiking tour. You will see the best Icelandic nature has to offer - glaciers, volcanoes, lava fields, geothermal hot springs and colorful mountains.

A 6-day Laugavegur hiking tour. Take in absolutely incredible sights and spend your nights in a tent surrounded by the extraordinary Icelandic nature.