The country’s numerous stunning glaciers are where the ice part is derived from, but the fire, quite literally, comes from the many spectacular volcanoes which are dotted around the country.

Visitors flock from across the globe to see these mighty and ancient naturally occurring structures. While people generally think about hot boiling lava spewing from a gigantic mountain when they think of the word ‘volcano’, not all of Iceland’s volcanoes are active (meaning they aren’t going to erupt any time soon – fortunately for us!). In fact, there are many different kinds of volcanoes to see in Iceland, each of which offers its own unique experience.

Arctic Adventures’ selection of volcano tours are as varied as the volcanoes themselves. With so much to choose from, it can be difficult to decide on which tours to go on. We’re here to help though, with five of the best volcano tours that Iceland has to offer, as chosen by our team of professional Arctic Adventurers!

Sometimes known as “the volcano that caused all the trouble”, Mount Eyjafjallajokull became famous (or is that infamous?) in 2010 when a series of powerful eruptions caused absolute chaos, both in the local area and much further afield.

Intense heat generated by the volcanic activity caused the glacier at the top of Eyjafjallajökull to melt. This, in turn, created meltwater which powered through nearby rivers and led to the evacuation of 800 local people. Eyjafjallajökull also managed to spew enough volcanic ash into the air to have a huge area of important European airspace to be closed for over a week. This meant that many inter-European and trans-Atlantic flights were shut down and 5 million travelers were stranded!

Thankfully, Mount Eyjafjallajökull hasn’t caused any trouble in the best part of a decade and is unlikely to do so again for a very long time (the last eruptions before 2010 happened in the 1920s), so now would be a good time to go visit this mischievous mountain.

Hekla is referred to as “the Queen of Iceland” due to the fact that this huge volcano, located in the South of Iceland, absolutely dominates the landscape around her. Not only does Hekla strike an imposing figure, standing an impressive 1,488 meters tall at her summit, but she has also transformed the area around her.

As one of the world’s most productive volcanoes, Hekla has produced 8 km3 of lava in the last millennium. So much so in fact, that the surrounding landscape, which was once heavily forested, is now largely covered in ash and bare rock. Life is resilient, however, and plants have started making a comeback since Hekla’s last eruption in the year 2000, with hardy mosses and grasses appearing in the shadow of the mountain. And where there are plants, animals are never far behind – life finds a way.

While many call Hekla Iceland’s Queen, in medieval times, they had a very different name for this mountain; “The Gates of Hell”. It earned this fearsome nickname after a massive eruption took place in 1341. Onlookers saw the silhouettes of countless birds fleeing from the eruption and mistook them for the souls of the damned escaping from the depths of hell!

Mount Hekla cannot be fully appreciated unless the surrounding area is taken into account as well. The best way to do this is on the Landmannalaugar hiking tour, which allows visitors to take in the extraordinary sights of the region, including lava fields, hot springs and clear blue lakes, at their own pace.

3. Take A Tour Inside A Volcano!

Now that we’ve discussed a couple of different ways to see a volcano from the outside, how would you feel about climbing inside one? That’s exactly what you can do on Arctic Adventures’ Inside the Volcano Tour, a real-life Journey to the Centre of the Earth! (Fun fact: 2008’s version of Journey to the Centre of the Earth, starring Brendan Fraser, was one of the many movies filmed in Iceland)

On this epic tour, you get to visit Thrihnukagigur Crater, the “Three Peaks Crater”, a dormant volcano not far from Iceland’s capital city of Reykjavik. This is a truly unique experience, as Thrihnukagigur is the only volcano in the world where visitors can take an elevator all the way down to the magma chamber. While that might sound scary, it is totally safe as the magma drained away long ago – the last eruption having taken place in the 2nd Century.

This small group tour allows you to descend 180 meters down into a 4,000-year-old volcano – there is literally nowhere else on Earth where you can do this!

If you thought getting inside a volcano was a strange and wonderful experience, then what would you say about exploring what lies beneath one? On our ‘Underworld’ Lava Caving Tour, an expert Arctic Adventures guide will take you to a strange world quite unlike anything you’ve ever seen before!

This is the ultimate adventure tour for all of you budding speleologists (scientists who specialize in the study of caves and their associated rock formations). Armed with your helmet and torch (provided on arrival), you can witness the impressive stalagmites, amazing stalactites and all manner of other impressive geological features.

With a visitor to guide ratio of only 8 to 1, there is great opportunity to learn everything you’ve ever wanted to know about Iceland’s strange and mysterious underground. As if that wasn’t enough, there is also a private version of this tour available as part of our premium Action Weekend.

Those of us who want to experience the ultimate Icelandic ‘fire and ice’ experience should look no further than the Katla Volcano Ice Cave Tour, which combines the best of both worlds; a mighty volcano and a stunning glacier!

Departing from the scenic coastal village of Vík, Iceland’s southernmost populated area, this tour takes visitors a bit off the beaten track and out into a wonderful world which typifies everything people love about Iceland.

Starting out in one of Arctic Adventures’ action-seeking super jeeps, the tour brings you to Myrdalsjokull Glacier, where all sorts of frozen wonders await, including an awe-inspiring ice cave. Here, an expert guide will show you around and regale your crew with all sorts of fascinating facts about this unusual and majestic natural wonder.

Of course, in Iceland, fire is never too far from the ice. In this case, the fire is provided by Katla Volcano, one of Iceland’s biggest. Since Katla is considered to be an active volcano, there will be no climbing around inside this one, unfortunately! There is little to fear, however, as the volcano has not erupted properly in over 100 years.

While Katla is unlikely to be at its explosive worst when you come to visit, it remains a magnificent sight, standing nearly 5,000 feet tall. It does rumble from time to time though, which makes for a very intimidating experience indeed!

Still unsure as to which Icelandic volcano tour is for you?
Be sure to contact us and we’ll help you choose.

If you’d simply like to know more about volcanoes in general, check out our ultimate guide to Iceland’s volcanoes. 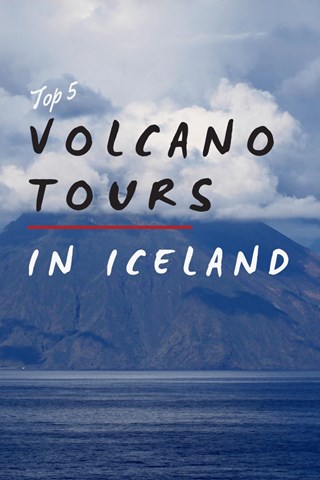 Explore a World-famous Volcano in a Super Jeep

Bardabunga Icelandic Volcano is always showing some activity. Last erupted in 2014 but where does the volcano stand today? Here you will get a chance to learn all about this beautiful Volcano and where it stands today. Will it be the next I...