ALL ABOUT BARDABUNGA VOLCANO AND WHAT IS GOING ON TODAY?

Menu
More
Kay
|September 5, 2017
Loves writing, food, runes, Reykjavík life, traveling in Iceland and being out in nature. Born in England but fell in love with Iceland in 2010 and moved here, been here since.

Bardabunga Icelandic Volcano is always showing some activity. Last erupted in 2014 but where does the volcano stand today? Here you will get a chance to learn all about this beautiful Volcano and where it stands today. Will it be the next Icelandic eruption or is it quieting down? All about Bardabunga volcano.

When people think of Iceland thoughts of volcanoes and the great glaciers which cloak some really famous one’s spring to mind pretty quickly. The 2010 Eyjafjallajökull eruption in 2010, when mind-blowing footage was broadcast around the world, was followed by the Bardarbunga 2014 eruption. This little island in the remote North Atlantic has certainly earned its reputation as ‘the Land of Fire and Ice’!

If you ask most people to name an Icelandic volcano they will say, or try to say, Eyjafjallajökull! So many people had their flights canceled when ultra-fine ash was sent straight into flight paths, and this kind of disruption is not easily forgotten. However, Bárðarbungu, is an absolute giant! As the lava attempted to force a path to the surface a great dyke grew towards Dyngjuháls at Holuhraun, beyond the edge of the glacier. A spectacular 600 meters long fissure then opened out, projecting a great curtain of fire. The live webcam footage was totally riveting. The eruption lasted from 29th August until 28th February 2015, pouring out a magnificent quantity of new lava.

Bardarbunga since the eruption

After the eruption, the earthquakes became far fewer and smaller than they were just before and during the eruption. Most earthquakes have been under 3.0 in magnitude, with, on average, a few each month which was larger, although there have been some over 4, including one of 4.5 on 2nd August 2017. Deflation was taking place within the caldera and the lava will be cooling for many years to come, so this earthquake pattern is thought to be normal. From mid-September 2015 seismic activity increased. More earthquakes at a depth of between 12 and over 20 kilometers have taken place in recent months. Very well-informed, but amateur volcano enthusiasts, have said that this indicates a considerable volume of new lava is flowing into the Bárðabungu system, which would be inflation. The earth scientists have stayed with deflation, but acknowledge some new inflow of lava has occurred!

Changes have certainly escalated. Cauldrons along the southernmost rim of the Bárðarbungu caldera rim were spotted during a surveillance flight on 11th February 2015, these have been monitored ever since. A report from www.vedur.is stated that the cauldrons were likely to be caused by deflation/subsidence processes. It was also said that another smaller eruption could potentially happen. A Civil Protection Advisory Board Meeting on 23rd July 2016 concluded there was some magma inflow at a depth of 10 to 15 kilometers. There were increases in geothermal activity but gas emissions from the cauldrons had not increased. Changes in the cauldrons were due to a combination of deflation and meltwater.

On Sunday 3rd September, www.ruv.is, the Icelandic national broadcasting service issued a bulletin on the cauldrons which had changed far faster than expected. They were now much bigger and deeper than before, the largest is over 400 meters across, one cauldron is now a hole in the ice penetrating right down to the bedrock 100 meters below. The cauldrons have clearly been developing at an accelerated rate. This is happening in the front of the Köldukvíslarjökull glacier. Increased geothermal activity can be the only explanation for what is happening now. Earth scientist, Magnús Tumi Guðmundsson, is quoted as saying: “if the growth continues there could be an increased risk of glacier flood. But we don’t know yet if that is going to happen.”

There is certainly no eruption at this time. Experts have to be somewhat circumspect when commenting on future possibilities, though they will certainly warn us if an eruption is imminent! A few knowledgeable volcano enthusiasts have said the expansion of the cauldrons can only indicate one thing – fresh magma has reached within 1 kilometer of the caldera crust in the area. Many feel there is a heightened risk of volcanic eruption. Myself, I have always felt that Bárðarbungu was building for another eruption, but I think there is now more than a feeling. Something tangible has changed in favor of another eruption. We wait and see – these are exciting times in the life of Bárðarbungu!

What type of volcano is Barðarbunga?

Bárðarbungu is a subglacial stratovolcano which rises to 2009 meters. At its thickest, the ice covering the caldera is well over half a kilometer thick.

In 870 CE there was a colossal Bárðarbungu eruption, known as Vatnsaöldur. The fire power of this volcano is absolutely legendary, in around 1480, Veiðivötn, the only confirmed VEI6 eruption in Iceland, spewed from the vast Bárðarbungu volcanic system. This is said to be the largest single volume lava flow in historic times. Various eruptions have happened, both from under the glacier, often accompanied by huge glacier floods. Other eruptions, including the 2014/15 eruption took place beyond the ice cap.

Read more about Bárðarbungu and other Icelandic volcanoes.

Bárðarbungu has a vast caldera which is about 10 kilometers across, it is filled with ice, in places to a depth of over 500 meters. The elevation of the caldera rim is 2009 meters, just 101 meters lower than Hvannadalshnúkur, Iceland´s highest mountain!

Bárðarbungu is situated under the north western part of Vatnajökull glacier in a very remote location. Akureyri is the nearest settlement of any size, but traveling from this town takes a few hours. Since the 2014 eruption, there has been great interest in visiting the area.Taking a tour with professional driver/guide is certainly to be recommended. The tracks across the lava field are otherwise impassable – never, ever attempt this in a regular car, you would just completely wreck it and totally invalidate your insurance.

A tour to see the new lava from the 2014/15 Bárðarbungu eruption is a fabulous experience. You get to see the lava fields from other great eruptions, such as Askja, as you journey across incredible lava fields, reaching the least accessible and wildest parts of Iceland. A friend asked me where I had been and I said “to the outback and beyond it” You can read more about this Bardabunga Volcano tour here and all of our volcano tours here.

Earthquakes of magnitudes 4.1 and a 4.5 occurred during the early hours of 7th September, equalling the largest earthquake since the 2014/15 eruption ceased. They happened at shallow depth, 0.8 km and 0.1 km respectively. These were situated a few kilometers north east and east north east of Bárðarbungu, quite close to the area with the cauldrons.  One thing is for certain this magnificent volcano is going to keep us all guessing!

Overnight (26/27 Oct) a cluster of powerful earthquakes shook Bárðarbungu. Either side of midnight the giant caldera trembled violently with two magnitudes 4.7 quakes, the largest since the Holuhraun eruption ended in February 2015. There were also tremors of 3.2 and 3.9, all of this activity took place in the area of the cauldrons.
In a news bulletin by RÚV, the Icelandic broadcasting service, it was stated by a natural scientist at the Icelandic Met Office, Bjarki Kaldalóns Friis that there are no signs of an eruption at the moment.

Activities around Bárðarbungu have built up this autumn. There are differences of opinion, and even scientists revise their ideas sometimes, particularly with very small short-lived eruptions.
Many people who have studied earthquakes in Iceland are saying magma is on the move and very close to the surface. Is magma pressure now close to a critical threshold? Let´s put it this way, if there was a wager I would put my money on it! 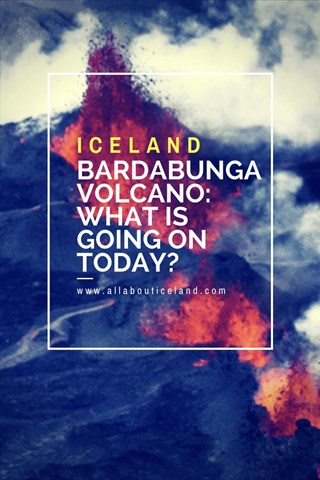