Join one of our summer tours in Iceland to make the most of the long and bright summer days our country has to offer. Summer is the perfect time to take a roadtrip, to explore the Icelandic highlands and to get into full adventure mode on a river rafting or snorkeling tour. It is when the temperature is the highest, when the midnight sun lights up night and day and the wildlife is the most colorful. It is the time of puffins, baby lambs and ponies, it is the time of trekking tours such as Laugavegur, time of powerful waterfalls and the time to go sea kayaking around the island of ice and fire. To visit Iceland in Summer is a beautiful experience you simply cannot deny yourself off.

Our Most Popular Multi-Day Summer Tours

ALL YEARSave 15%
DESTINATION OF
2019
Multi-Day Tour

Welcome to the perfect 4-day itinerary for your trip to Iceland. Get inspired by stunning vistas and see the most extraordinary locations and sights Iceland has to offer.

Experience the highlands of Iceland on a 6 day hiking tour. You will see the best Icelandic nature has to offer - glaciers, volcanoes, lava fields, geothermal hot springs and colorful mountains.

Hiking through nature formed by great glaciers and volcanoes. Chosen for “20 Best Hikes in the world” by National Geographic.

On this trip, you will see Iceland's most impressive natural wonders. The incredibly varied and spectacular landscapes shaped by glaciers, rivers, volcanoes and geothermal activity are unearthly and totally mind-blowing.

A 6-day Laugavegur hiking tour. Take in absolutely incredible sights and spend your nights in a tent surrounded by the extraordinary Icelandic nature.

Can you see the Northern Lights from Iceland in summer?

The Northern lights are present if the conditions are right but you will not be able to see them. This is due to the fact that it doesn’t get dark. The midnight sun lights up the sky and even if the lights are present they aren’t visible.

The best chance to see the Northern Lights in Iceland in summer is by doing the Laugavegur Trek in August. The Northern Lights are often seen during night time and since you are up in the highlands, away from city light pollution the circumstances are very favorable.

What is the weather like in summer in Iceland?

The climate in Iceland is subarctic along the south coast but tundra in the highlands (measured by the Köppen classification). The weather in Iceland is known for being variable and the saying “if you don’t like the weather just wait 5 minutes” is often used at a joke but is fully true!

The weather is quite mild but when the sun is out it is best to put on some sun screen. The sun is very strong in Iceland and its beams can shine brightly through the clouds without you noticing.

As the majority lives along the sea shore winds or breezes are coming in, almost at, all times.

What is the warmest is gets in Iceland? 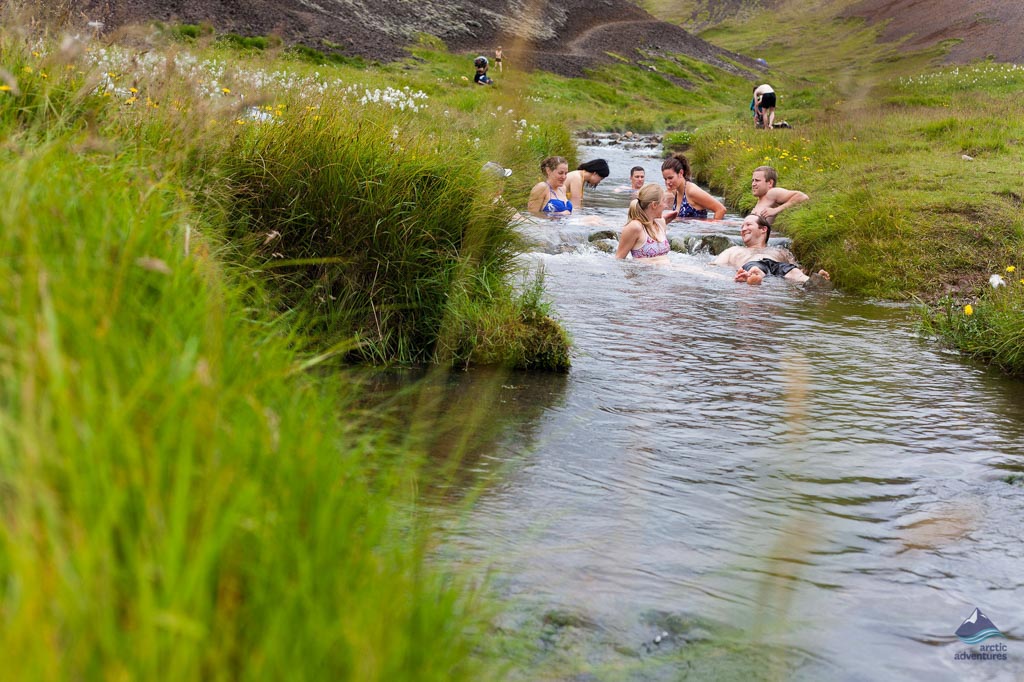 Summer Celebrations and Festivals in Iceland 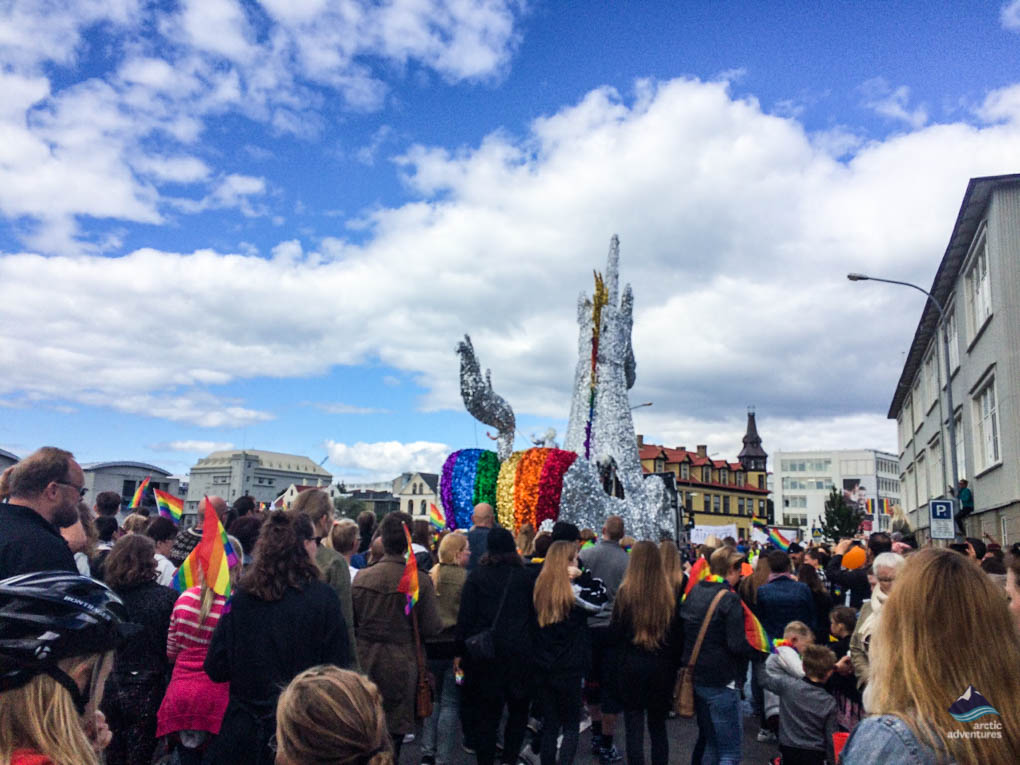 1st of May  – International Worker’s Day