The National Theatre of Iceland is one of the two main theatres in Reykjavík. Its architecture is stunning, made by the famous Gudjon Samuelsson who also designed the much-photographed Hallgrimskirkja church.

The National Theatre of Iceland is now one of the two main theatres in Reykjavík. In Icelandic, they are referred to as Þjóðleikhúsið (the National Theatre) and Borgarleikhúsið (The People’s Theatre). The National Theatre, the one we will be covering in this article opened in the year 1950 and was designed by the great Guðjón Samúelsson, the designer of Hallgrímkirkja Church and many other remarkable buildings. Everything about the building is grand and royal-like with red carpet floors on the inside and gilded artwork with gold and silver. Ever since its opening in 1950 the baronial structure, the brilliant shows and awards winning plays have sparked an ever-growing interest with the Icelandic nation for theater and arts. 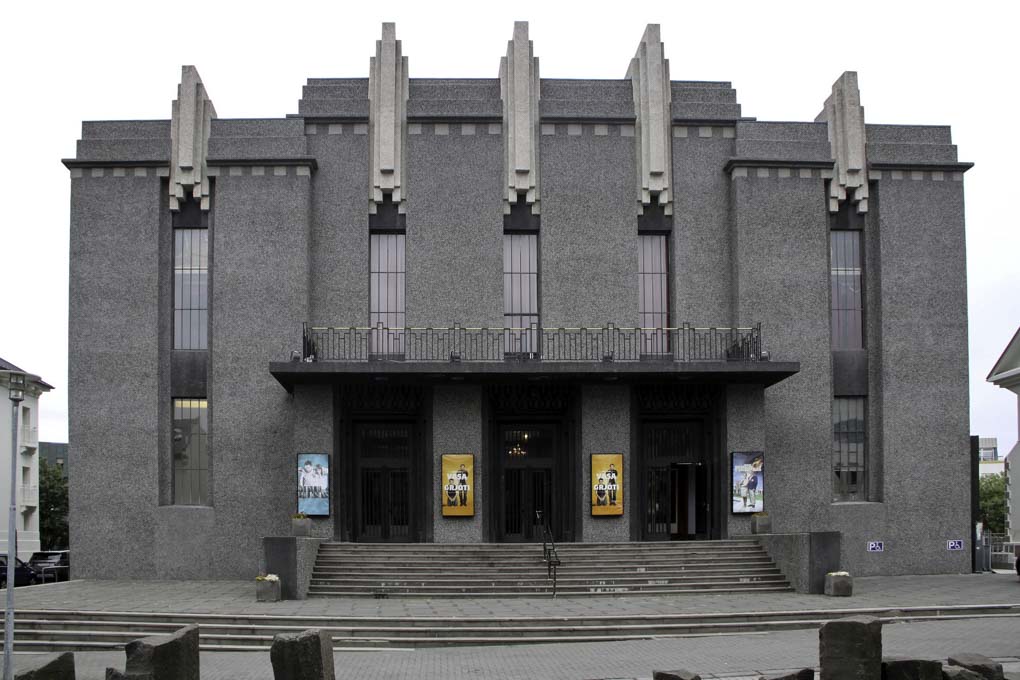 The National Theater in Reykjavik has three stages within the actual original building and one behind it in a separate building. The biggest one is the Main Stage, seating over 500 people, the second one is the Black Box seating 140, the third one, the Theatre Cellar with seats for 120 people. The fourth, the one in a separate building is Kúlan, or the Ball seating only about 80 people at full capacity.

The National Theatre has a very active performance season, each session with around 30 productions. The season is comprised of various performances balancing between new ones, old classics, foreign and locally written scripts, musicals, dance pieces and even grand and colorful plays just for the young ones. Iceland’s art scene has a big focus on creating performing arts that the young ones will enjoy and thereby building interest early on. 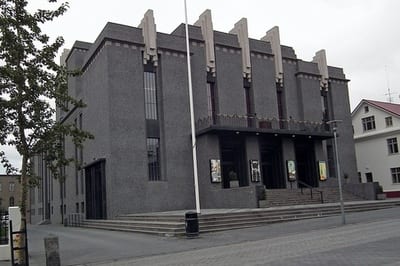 The theater on its own produces around ten new productions each year but are also were active in collaborations with dance groups and independent theatres and performers. For anyone used to seeing shows all around the world, a production in any of Iceland’s National Theatre stages will be an intimate experience even though this is the biggest theater and the leading institution on the Icelandic theatre scene.

If you are looking to catch a show it is important to note that the theatre is closed during the summer months and the majority of the productions are in Icelandic. Still, the comments and reviews on TripAdvisor suggest that even for non-Icelandic speaking visitors the experience of going to a show is truly magical!

Where is the National Theater located?

The National Theatre is located downtown in Reykjavik at Hverfisgata 19, the neighboring and parallel street to the famous Laugavegur shopping street. It is easy to spot as its dark grey art-deco architecture really sticks out amongst white buildings and the occasional colorful corrugated iron houses. 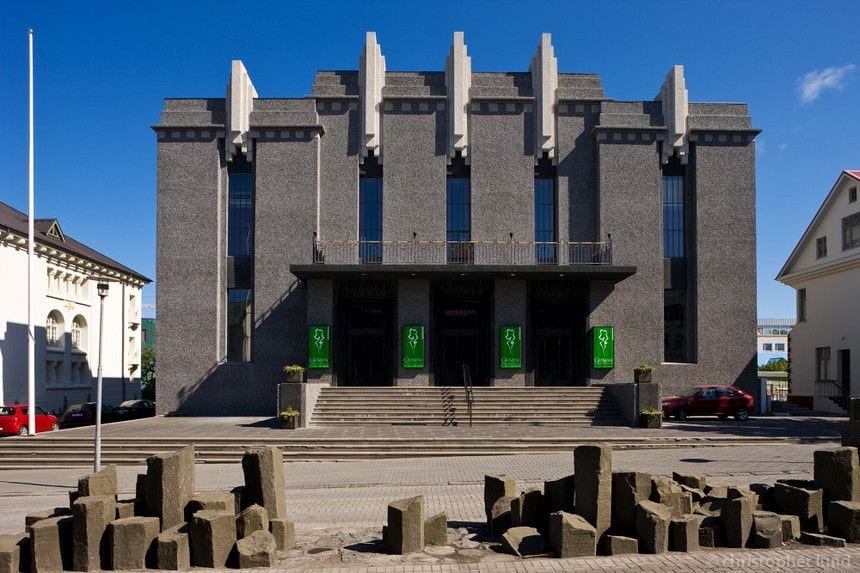 How to get to the National Theater

The National Theatre is in walking distance from most accommodations downtown and located right next to Safnahúsið bus stop. To draw up a better picture it is about 9 minutes walking from Harpa Concert and Conference Hall, 8 minutes from Hallgrímskirkja church and 12 minutes from Hlemmur Food Court.

Reykjavik city is known for a buzzing art scene, for its creativity and colorfulness. One might therefore not be too surprised to find that there are more than one city theatres active in Reykjavik. There is of course, Þjóðleikhúsið e. The National theatre but another big Reykjavik Theatre is Borgarleikhúsið. That theater was founded to compete with the National Theatre which is run by the state. Another small one is Tjarnarbíó, they mainly showcase independent shows and plays but the good thing about it is that you will sometimes find shows in English! 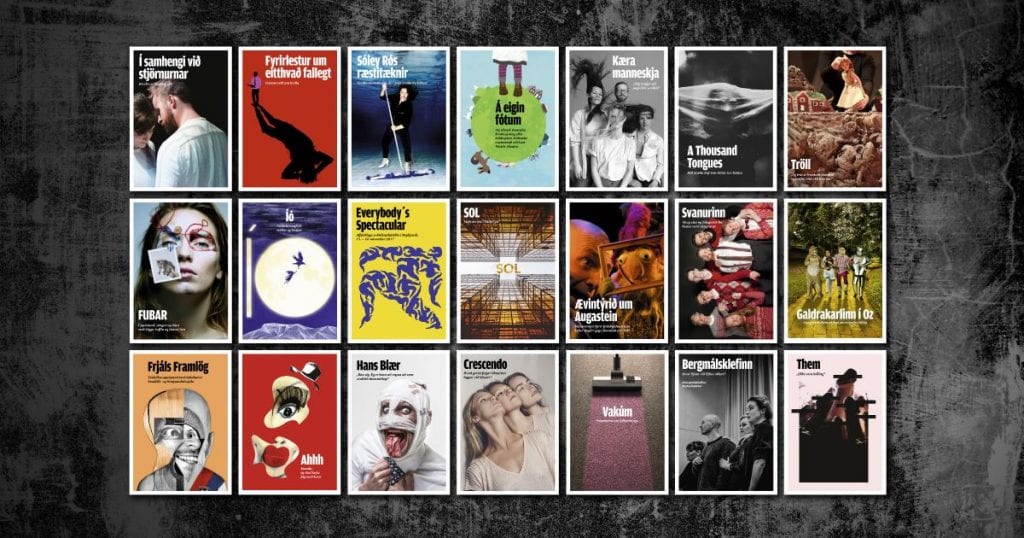 Where to eat near the National Theater? 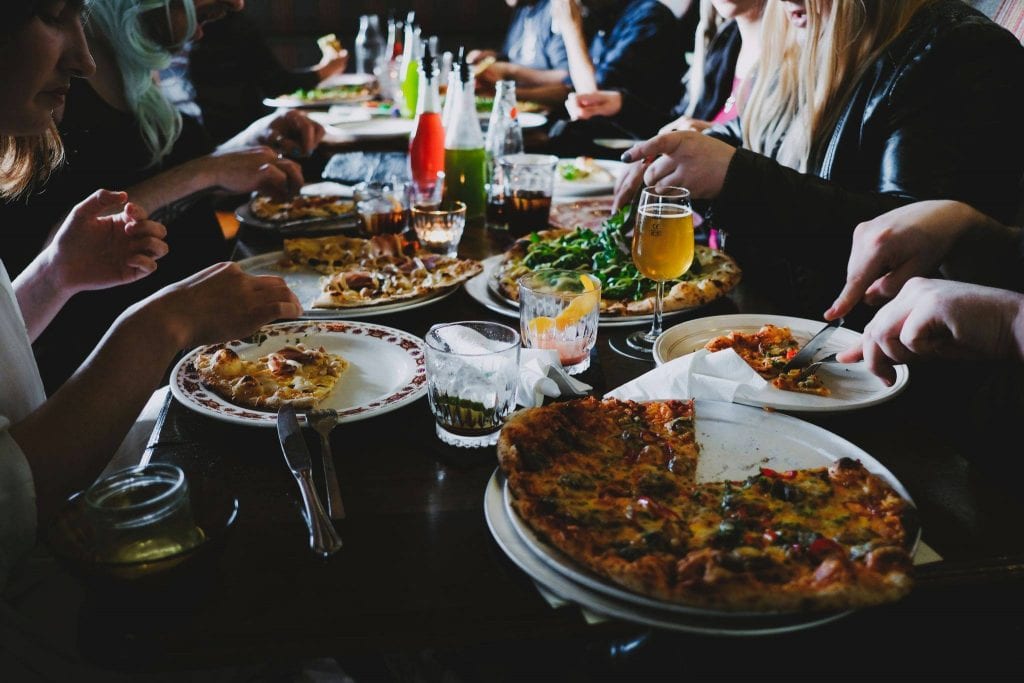 Where to stay near the National Theatre? 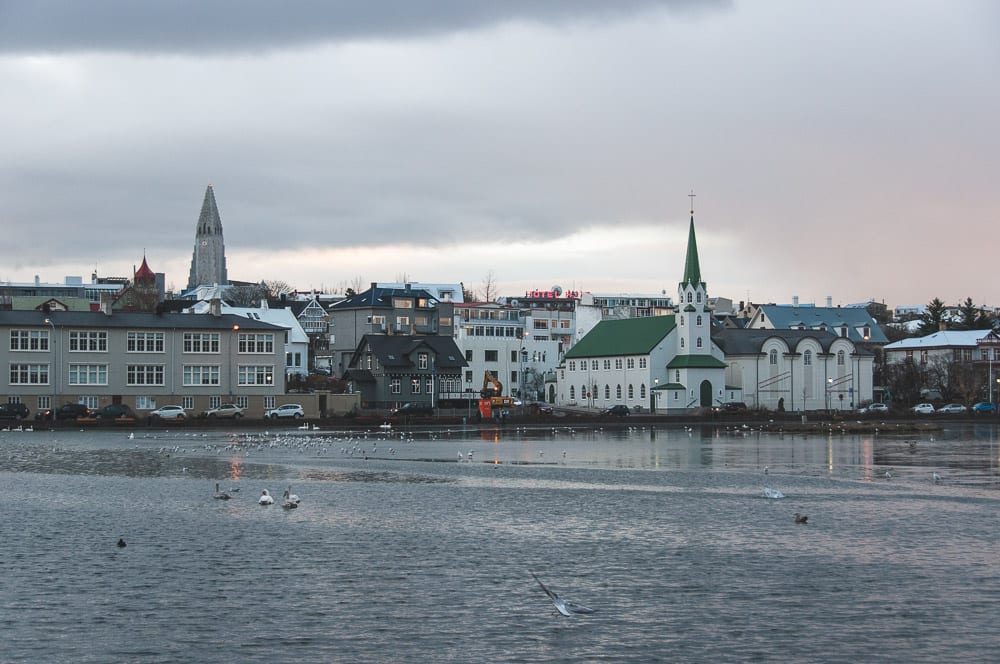