A Warm Water Lagoon in Reykjavik

The Nauthólsvík Geothermal Beach is a golden sand oasis on the coast of Reykjavik. Its warm lagoon with a large steaming hot tub attracts locals and tourists in any weather. Rightly so, as this little man-made paradise has made swimming in the North Atlantic Ocean available all year round!

Located just a short walk away from picturesque Oskjuhlid (Öskjuhlíð) Hill in the center of Reykjavik, Nauthólsvík was opened in 2001. In order to construct the lagoon, a seawall was built and it separates the cove from the ocean. The coast was covered in soft yellow sand and now has two hot water pools for visitors to relax in.

Offering diverse recreational activities, such as swimming, relaxing in hot tubs and enjoying a steam bath, Nauthólsvík attracts over half a million visitors annually. There’s a playground for beach volleyball and a BBQ area available for picnics with friends or family. Over the years, it’s become a popular outdoor area for runners, cyclists and even cold water enthusiasts, who prefer plunging into the chilly ocean to taking a dip in the mild lagoon!

There are two hot tubs in Nauthólsvík. A smaller round one is located in the lagoon. The other one is significantly larger and placed in a relaxing lounge inside the service center. 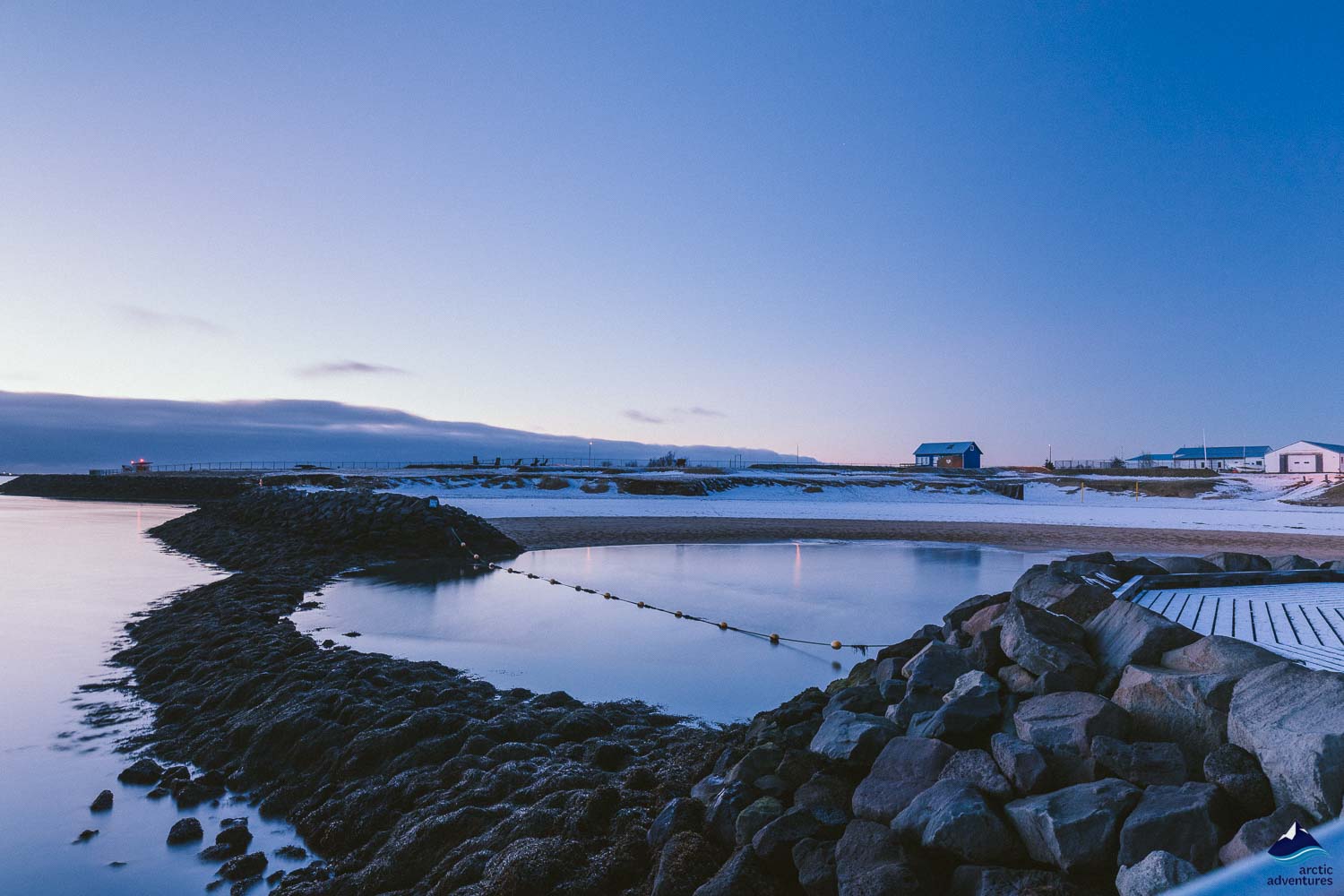 During the summer, the water in the lagoon warms up to 20°C (68°F), due to geothermal heating. The temperature also depends on the tides – the water can sometimes become warmer around the hot tub, because of the surplus water coming out of it. However, the large pool provides a warm shelter even when the sea temperature drops.

The Nautholsvik Geothermal Beach is in Reykjavik. It’s located near the University of Reykjavik and Reykjavik Domestic Airport (RKV). Oskjuhlid (Öskjuhlíð) hill overlooks the beach and it’s easy to walk from the top of the hill to the lagoon through a green path surrounded by trees.

How to get to Nautholsvik Geothermal Beach?

It’s easy to reach Nauthólsvík from anywhere in Reykjavik. It’s a 10-minute car ride away from the city center. Otherwise, simply hop on Bus Nr. 5 and it’ll take you to Nauthóll – HR stop, which is right by the university. From there, the walk to the beach is less than 10 minutes.

Nauthólsvík is named after the nearby farmstead Nauthóll that was built in the late 19th century but later burnt down due to a typhoid fever epidemic. The ruins of the farm are still visible in the north of the car park.

The bay has always been known as a great spot for swimming, as it had a natural small hot water stream that flowed near the coast. However, it was closed in the mid-’80s by the government as a health hazard.

The Nauthólsvík Geothermal Beach as we know it now is man-made and connected to the city’s hot water reserve, supplied from the huge tanks located on Oskjuhlid Hill.

The cove has a Blue Flag Certificate – a widely recognized award for beaches that meet high environmental and quality standards.

Things to do at Nauthólsvík

Nauthólsvík was built as a diverse outdoor area offering a range of recreational activities. It combines a set of two hot tubs, a swimming area, volleyball playground, and a BBQ area.

A round hot tub is built inside the lagoon and is slightly chillier than the other one, as the hot pot inside the service center heats up to 39°C (102°F) all year round. 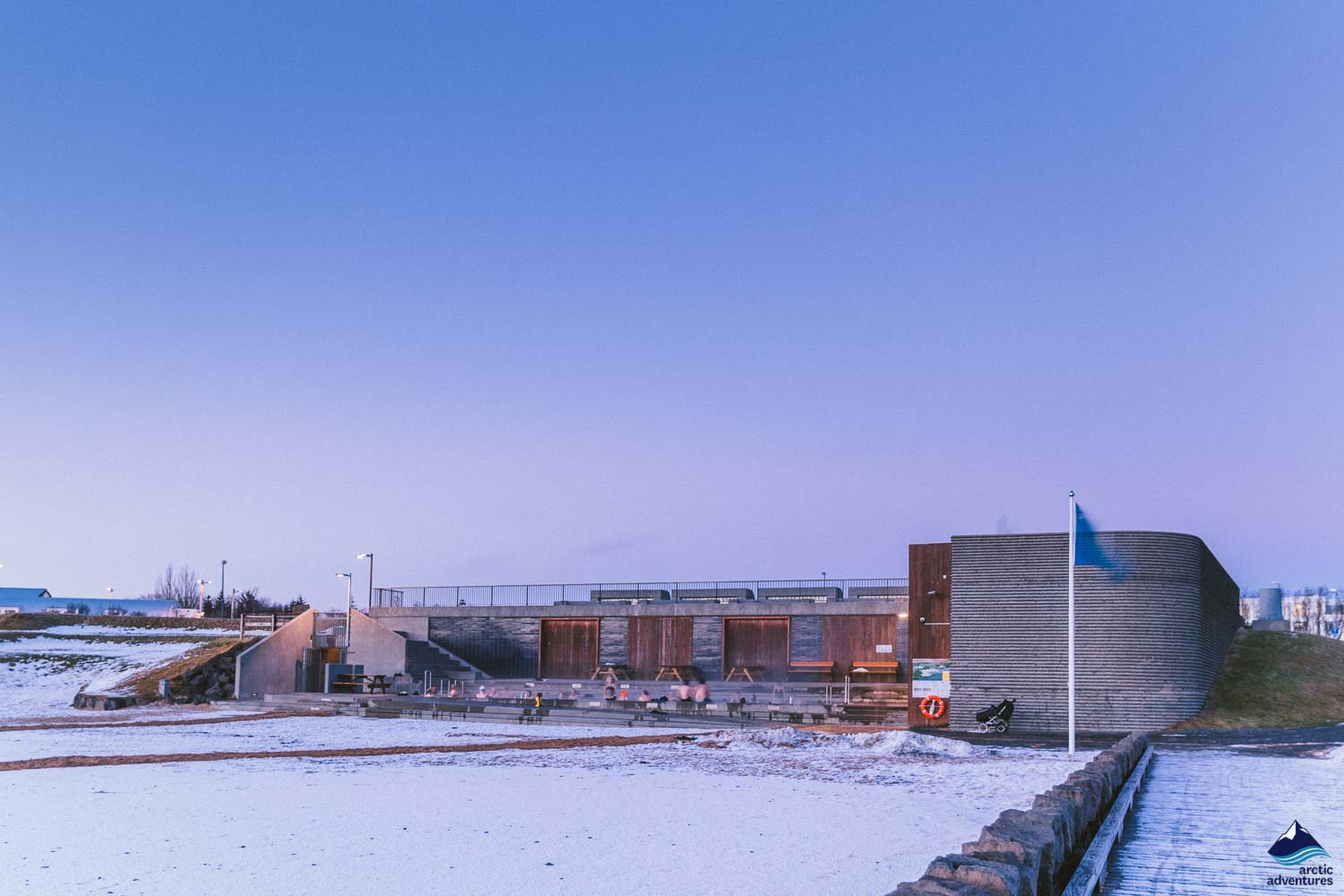 There are showers, changing rooms and a small snack bar inside the service center, operated by the City of Reykjavík.  You can also rent a towel or swimwear over there.

Siglunes Sailing Club is located a few steps away from the beach and organizes sailing courses for children and operates a sailing club for teenagers experienced in watersports.

Where to stay around Nauthólsvík?

There’s a number of hotels, hostels, and apartments to choose from. Most of the accommodation is based closer to the city center, so we have listed some options with the best connections to the beach.

Where to eat near Nauthólsvík?

Is Nautholsvik Geothermal Beach open in the winter?

While Nauthólsvík is most popular during the summer months, it’s just as good in the winter!

Some people choose to swim in the winter months too, but even if you’re not up for this adventure, you can still revel in the geothermal beach by soaking in the steaming hot tub. 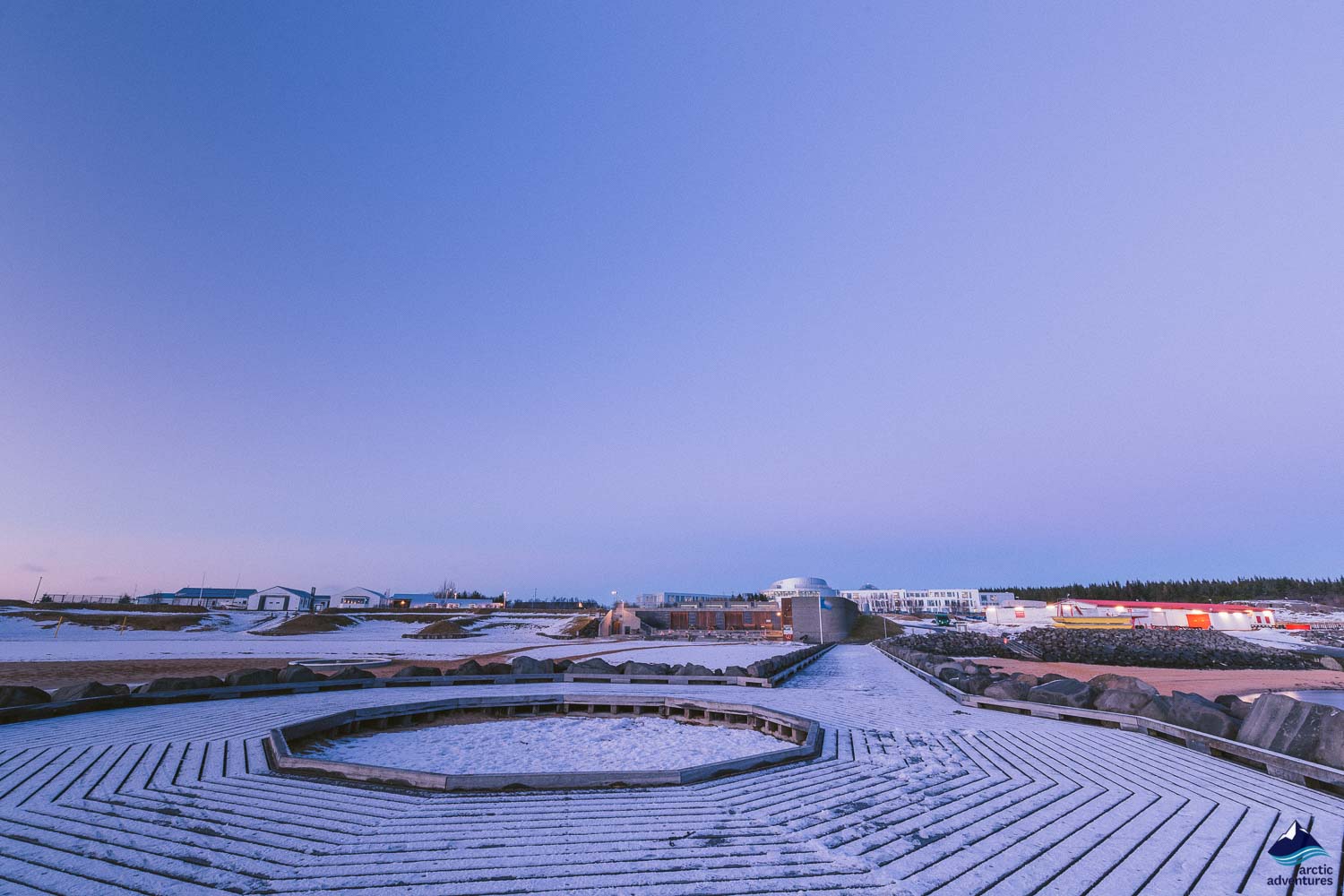 While admission to the facilities is free throughout the summer, you’ll be charged a small fee in the winter season.

Hop On Hop Off – Reykjavik Sigthseeing

Take a bus tour and explore Reykjavík at your leisure, with the opportunity to hop on and off at incredible attraction focused bus stops.

Explore the legendary nightlife of Reykjavík through the eyes of a local. Take a sip of the Icelandic culture!

See the real Reykjavík with a knowledgeable local guide, visit some landmark places and journey into Reyjavík's quirky and amazing past.