How Iceland’s Favorite Hero Took Over the World

Thor, the god of thunder. How did Iceland’s favorite hero take over the world? And how can you walk in the footsteps of this Norse god? As the new Thor: Ragnarok movie is almost in the cinemas, we decided to dive into the world of Thor.

When the Marvel superheroes kicked off their cinematic universe in 2008 with Iron Man, a lot of movie fans were skeptical that it would take off. When it was revealed that Thor would be getting his own movie in 2011 many feared the worst, stating that he would be too ‘out there’ for mainstream cinema audiences. After all, we’re talking about a Norse Thunder God who flies around by means of a magic hammer – there can be no denying that it’s a pretty strange concept!

The movie going public’s fears proved to be misplaced, however, with the first Thor movie impressing critics and viewers alike. According to film review aggregator website RottenTomatoes.com, Thor is distinctly ‘fresh’, with 77% of film critics giving it favorable reviews. The solid blend of action, comedy and a little bit of romance made it a big hit with audiences, resulting in the film bringing in $450 million at the world box office.

Like any successful superhero movie, Thor spawned a sequel; 2013’s The Dark World, which saw our hero battle an army of sinister Dark Elves, another staple of Norse mythology. While not as well reviewed as its predecessor, the public still flocked to see The Dark World, and it made even more money at the box office; nearly $650 million dollars. The Dark World is particularly significant for Thor as a character, as it brought him back to his homeland, with key scenes being filmed near Reykjavik and the beautiful Skógafoss Waterfall. The locations really gave the film some wonderfully authentic visuals. In this behind the scenes video, you get to know why Iceland was selected as one of the film locations for The Dark World.

For those brave enough to quite literally follow in the footsteps of the God of Thunder, Arctic Adventures run a 2-day-long trekking tour from Skógarfoss to Thorsmork, the Valley of Thor. Thorsmork Valley is a truly breathtaking area, full of lush vegetation and water features, while surrounded by snow-capped mountains – it really is the stuff of legend!

There are many things to see and do in Thorsmork Valley, from guided treks to super jeep tours.

While the two Thor films making over a billion dollars in movie ticket sales is impressive enough, it must also be remembered that Thor featured heavily in 2012’s Avengers movie, which grossed $1.5 billion on its own and its 2015 sequel, Age of Ultron, which made almost as much money again. It should also be remembered that these numbers just represent cinema ticket sales. When you take DVDs, action figures and other merchandise into account, there can be no denying that Thor has become a multibillion-dollar franchise. Not bad for somebody they said was too ‘out there’ to be a success!

Thor will complete his trilogy later this month with the cinematic release of Thor: Ragnarok. While the name of the film is derived from the Norse end of days where Thor battles a powerful and malevolent serpent, the movie takes quite a bit of liberty as far as the original mythology is concerned.

Here, Thor is defeated by Hel, queen of the underworld, and sent to a faraway planet to fight as a gladiator. He must then build an army made up of old allies such as the Incredible Hulk and bitter enemies like his untrustworthy brother Loki in a quest to save Asgard from utter annihilation at the hands of the nefarious Hel.

Boasting an all-star cast which includes Chris Hemsworth, Cate Blanchett, Tom Hiddleston, Jeff Goldblum, Tessa Thompson and Idris Elba, Thor: Ragnarok is predicted to be one of the biggest films of the year, cementing the Norse Thunder God’s place in the hearts and minds of film fans around the world.

If you feel like seeing the locations that inspired Thor’s incredible legacy, be sure to book a trip to Thorsmork Valley with Arctic Adventures! 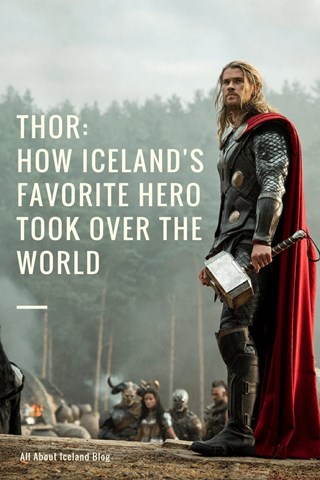 Þórsmörk the Valley of Thor

All About Thorsmork valley of Thor in Iceland, hiking trails, and facilities. Have you ever heard of this magical place? Where you can stand in between tall mountains, glaciers and volcanoes all at the same time while breathing in the beaut...

Those who visit Iceland can expect to see many runes (‘rúnir’ in Icelandic) in local shops together with hearing a lot of talk about these and Icelandic magic staves. Runes and staves were first brought to Iceland during the time when Icela...