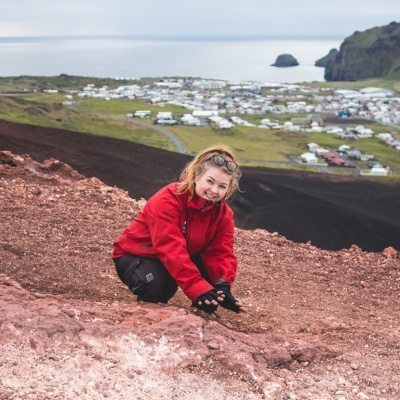 One of the big highlights at the 2017 Electronic Entertainment Expo was the new God of War trailer. The hugely popular video game saga, which has sold well over 20 million copies to date, has traditionally focused on ancient Greek mythology. However, the latest installment in the story brings the action to Norse mythology (it kind of had to, after Kratos killed pretty much every classical Greek character), where Kratos will meet all manner of powerful new Gods, monsters, and creatures.
One of the main talking points in the trailer for the new God of War game was the very big reveal at the end. As Kratos and his son Atreus navigate choppy waters in a small boat, they encounter a serpentine creature of truly colossal proportions:

But who or what is this new monster?

While he goes by many names, those who are well read up on Icelandic mythology will recognize this massive snake-like creature as none other than Jörmungandr (or the Midgard Serpent). He is one of the children of the God Loki, and one of the main antagonists of legendary Thunder God Thor. 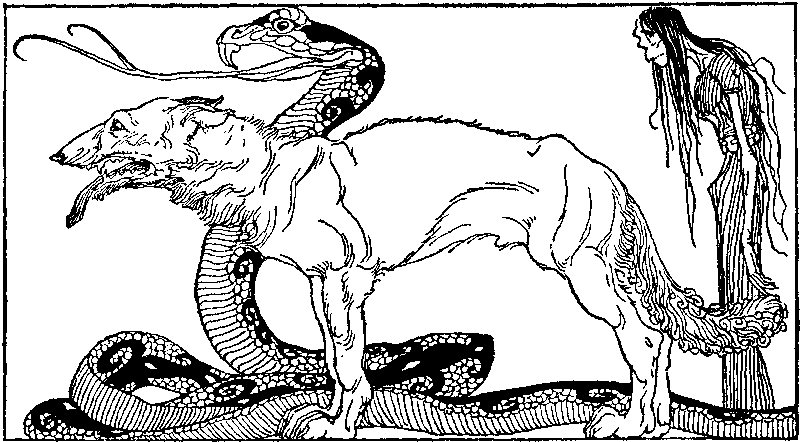 The rivalry between Thor and Jörmungandr is well documented in ancient Icelandic manuscripts, with three main encounters chronicled. The first of these involves the giant king Utgaröa-Loki (not to be confused with Thor’s brother Loki), who challenges Thor to lift his massive pet cat. While Thor is unable to lift such a giant beast, King Utgaröa-Loki commends Thor’s strength, revealing the cat to have been the serpent Jörmungandr in disguise.

Round 1 goes to Jörmungandr

The second encounter between Thor and Jörmungandr involves Thor taking a fishing trip with the giant Hymir. After catching two whales, Thor is not satisfied and insists on going out further to sea in search of a bigger quarry, despite Hymir’s protests. Thor eventually snares Jörmungandr on his hook and an epic struggle ensues. As Thor reaches for his hammer Mjölnir, so that he can deliver the killing blow, Hymir panics and cuts the fishing line, allowing the sinister serpent to escape and live to fight another day.

The third and final battle between Thor and Jörmungandr is predicted to take place at Ragnarök, the Norse mythology version of the apocalypse. The battle sees Jörmungandr rise from the sea and poisons the sky. A heavily wounded Thor manages to best and kill Jörmungandr in combat, but eventually succumbs to Jörmungandr’s foul poison and perishes himself. 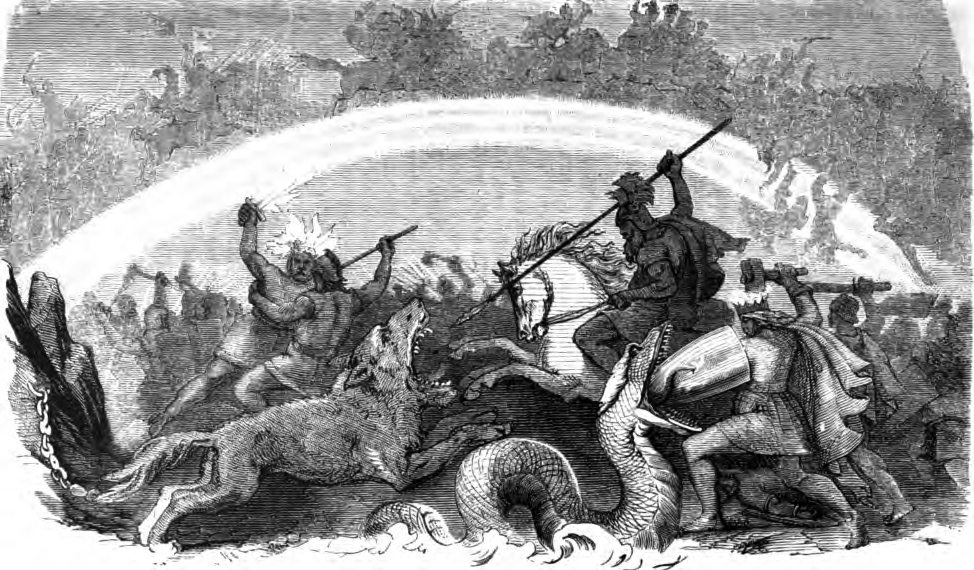 What Does Jörmungandr Want?

The trailer for the new God of War game ends with the gigantic Serpent of Midgard looking down menacingly upon Kratos and Atreus. Jörmungandr utters some words in a strange tongue which Kratos does not understand. Atreus however, informs his father that the colossal serpent claims that it wants to help them.

While we don’t know exactly what Jörmungandr is planning to help Kratos and Atreus with at this point, given his villainous background in Norse mythology and the fact that he is Loki (the God of deception’s), son, we can assume that he isn’t doing it out of the goodness of his own heart and has his own vested interest in mind.

It would appear that the God of War trailer takes place at some point between Thor’s fishing trip and the battle of Ragnarök, so it would seem highly likely that Jörmungandr is seeking Kratos’ help in killing Thor, after being unceremoniously defeated by the God of Thunder when last they met Kratos did, after all, kill most of the Gods of Olympus). Given Jörmungandr’s father’s penchant for lying, there is every chance that the World Serpent will betray Kratos at some point. In the God of War video game series, this can only end in bloodshed and an epic boss battle!

Were Thor and Jörmungandr Real?

While most historians will tell you that Thunder Gods and gigantic sea serpents are little more than flights of fancy, you can visit the locations where these two ancient rivals clashed. To experience the awe-inducing landscapes that inspired the battle of Ragnarök, be sure to visit the Valley of Thor and its towering volcanoes, massive glaciers and roaring rivers! 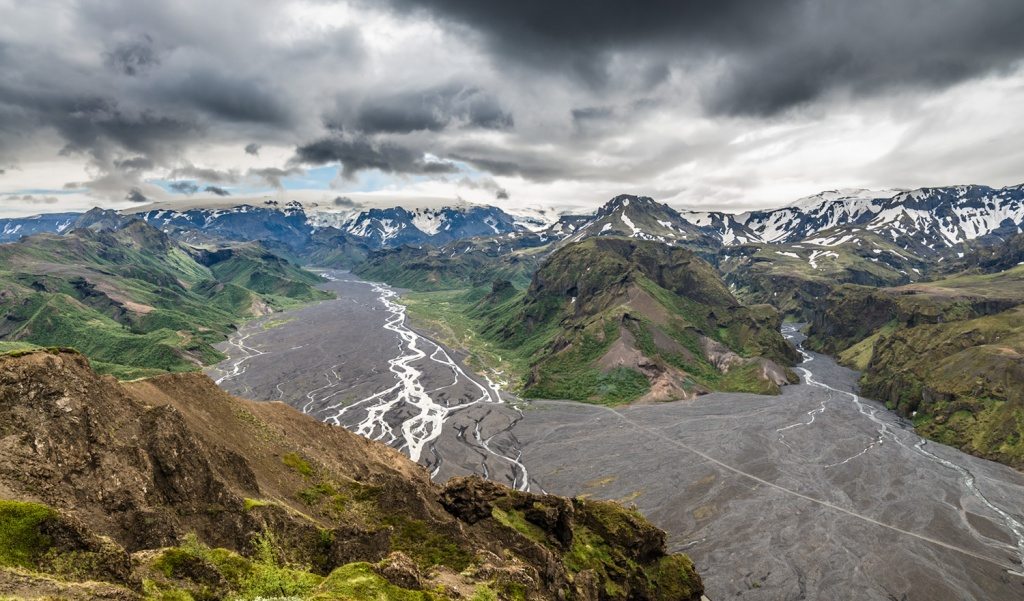 It is also possible to recreate Thor’s fishing trip (to an extent) in Northern Iceland on the Dalvik whale watching tour. Here you will see the types of whales which the Thunder God hunted on his trip – just don’t venture too far out to sea though, as you’d never know… Ragnarök hasn’t happened yet, so Jörmungandr might still be lurking out there somewhere!

Icelandic HistoryNorse Mythology
← Travel Iceland on a Budget Þórsmörk the Valley of Thor →
Newest Popular Random
Month All Time
Puffin Uses Stick Tool To Scratch An Itch In Viral Video
This Isolated Lighthouse In Iceland Is The Perfect Place To Survive A Zombie Apocalypse
The Top 5 Spas in Reykjavik
Snowmobiling in Iceland: All You Need to Know

What to know
Game of Thrones in Iceland - Winter is here!

June 27, 2017 , By Sanna
What to know
How Iceland’s Favorite Hero Took Over the World

Thor, the god of thunder. How did Iceland’s favorite hero take over the world? And how can you walk in the footsteps of this Norse god? As the new Thor: Ragnarok movie is almost in the cinemas, we decided to dive into the world of Thor.

October 9, 2017 , By Sanna
What to know
Þórsmörk the Valley of Thor

All About Thorsmork valley of Thor in Iceland, hiking trails, and facilities. Have you ever heard of this magical place? Where you can stand in between tall mountains, glaciers and volcanoes all at the same time while breathing in the beauty and preparing for a hike on the most unique trails. Here you will experience views of a lifetime.

July 6, 2017 , By Kay
What to do
In the footsteps of Jon Snow, a Game of Thrones Adventure in Iceland