Menu
More
Kay
|August 6, 2017
Loves writing, food, runes, Reykjavík life, traveling in Iceland and being out in nature. Born in England but fell in love with Iceland in 2010 and moved here, been here since.

Those who visit Iceland can expect to see many runes (‘rúnir’ in Icelandic) in local shops together with hearing a lot of talk about these and Icelandic magic staves. Runes and staves were first brought to Iceland during the time when Iceland was discovered by Vikings.

Those Viking settlers brought their ways of life and beliefs with them, which included their runes. So, it is fair to say that these runes are every bit as Icelandic as the people who first settled in Iceland! In modern times, Norse runes are a lot more visible here in Iceland than they are in neighboring nations like Norway or Sweden.

History of the Icelandic People

Maybe it’s good to look back at some of Iceland’s history to gather a greater understanding of these ancient elements. Interesting genetic research by the Icelandic company, deCODE, has established that the majority of Iceland’s original male settlers came from Norway, while the women predominately came from the British Isles. It is understood that the vast majority of all the Icelandic settlers worshipped the Norse Gods, and this was the dominant belief system in Iceland before Christianity became the official religion around 1000 CE/AD.

Norse Mythology and the Origin of Iceland’s Runes

It is said that the God Óðinn (Odin), wounded by his own blade, hung from Yggdrasil, the mythical ash tree of Norse cosmology, for nine days and nine nights in order to receive the runes. The Icelandic poem, Hávamál, describes how Óðinn made this sacrifice. Yggdrasil, the great World Tree (said to connect the nine worlds of Norse cosmology), is also referred to in the Icelandic poem, Völuspá, when the fate of the Gods is prophesied upon in the tale of Ragnarok.

The Runes in Iceland

We know that all sorts of ancient runes were used by the Icelandic people in the olden days because there are written references to them in places other than the poem, Hávamál, mentioned above. For example, Egil’s Saga, an Icelandic historical epic, tells of the times roughly between 850 and 100 CE / AD, concentrating particularly on the life of Egil Skallagrímsson and his forebears who settled in Iceland before he was born. There are passages which refer to the use of runes to both help and to hinder their efforts. With that in mind, the use of the runes in those times was not simply about using them for divination or fortune telling, as they were not representations of power. If we look back to the story of Egil’s origin, it is perhaps not all that surprising that Egil’s grandfather was Kveld-Úlfur and his ancestry was of Norwegian-Sami descent. The Norwegian-Sami people had a rich shamanic heritage which probably filtered through to later generations of Norwegians who came to Iceland.

Healing runes were also used according to the stories of days gone by. For example, certain runes, particularly Björk (Berkana), would sometimes be placed in the bed of a woman who was in the midst of a troublesome labor. This would fit in with the theory that the runes represented patterns of power and healing within the universe. In this instance, the power to support a birth or new beginning and heal a woman in a time of great need.

Tourists are often fascinated by the necklaces, key rings and other items which are engraved with a single rune from the elder fuþark, or another runic symbol. Various ægishjálmur (helm of awe) and protection rune staves are available. These are derivatives and combinations of runes. These mysterious symbols can vary a little and there are various staves which have different meanings. For example, Vegvísir, is to show you the way when you come to a cross-roads on the path of life. The most famous, Ægishjálmur (the helm of awe), always consists of crosses with pronged forks at the outer ends. Apparently, it’s good to place this on your forehead to induce fear in your enemies and give you protection against abuses of power – not something I have ever tried personally, but surely a handy trinket to have should you find yourself caught in a tight spot!

Magic staves are frequently referred to in Icelandic Eddic poetry, so we know that they were used in ancient Iceland. There are different staves for different occasions, such as attracting good luck when fishing. As you can imagine, such a lucky talisman would have been in high demand among the people of a traditionally seafaring nation such as Iceland! You just need to choose a stave which supports the quality or thing which you would like to have more of in your life – simple really!

What are Norse Runes and What do they Mean?

Norse runes are an ancient lettering system or written language which was in everyday use long before the Roman alphabet which we use today was adopted into common use. It is said that the root word of rune is derived from the word “secret” in English and “whisper” in German. To many Icelandic people, the ancient runes are seen as a connection to the realm of the sacred.

They represent the subtle patterns of connection which many believe underlie our lives, conveying messages from the infinite and allowing us to be in better harmony with the world around us. We can, if we so choose, nurture more of the positive potential which seeks to express itself in our lives. Cycles come and cycles go, experiences pass and new beginnings commence. Sometimes these mystical runes remind us of hidden qualities which are ripe for awakening deep within us.

A strong tradition of fortune telling still exists in Iceland to this day, where people are fairly open-minded when it comes to all kinds of spiritual matters. Some experts feel that the spiritual aspects within the Icelandic Sagas, which are still read today, have created the culture which is quite receptive to this ideology.

Spákonuhof is the Museum of Prophecies at Skagastrand. Here, the story of the first named inhabitant in this part of Iceland, Þórdís, a fortune teller, is told. A lot of research has gone into this fascinating exhibition. The vivid exhibits really bring things alive and give a great insight into the life of this fabled 10th Century Icelandic seer. You can learn all about her, her craft, and the great strength of character which accompanied her talents at Spákonuhof.

There is also much additional information about fortune telling and prophecy to be found in Iceland. You should really take the opportunity to have a reading when you visit Spákonuhof / The Museum of Prophecies. You can have a rune reading there and, as a rune reader myself, I wholeheartedly recommend it. Rune reading is very popular with Icelandic people and tourists alike. Sets of runes can often be found in Icelandic shops, usually accompanied by books or leaflets explaining their meanings on how they may be used. This rune sets almost always consist of the 24 elder fuþark (futhark), with or without an extra blank rúne. Although, I understand a blank rune was not used in the past, and it is not something I have ever worked with myself.

Things to do Near Spákonuhof

While the Spákonuhof Museum of Prophecies is well worth a visit, there are plenty of other interesting and exciting things to do in the area, making it a good starting point for a vacation. Here’s what we recommend:

Skagastrand is on Skagafjörður is a very beautiful peninsula which has many footpaths for you to explore. Why not walk in the footsteps of Þórdís with a hike up Spákonufell?

If you yearn for something a little bit more exhilarating, then The Wonderful West Family Rafting Adventure Tour should be high on your list of priorities. This goes from the Hafgrímsstaðir Rafting Base which is quite close to Skagastrand and takes approximately 3 hours to complete. The devastatingly beautiful glacial river and raw Icelandic wilderness which awaits you will almost certainly leave a lifelong impression on you and your comrades. The proverbial icing on the cake is making hot chocolate from a natural hot spring which never fails to bring a smile to faces young and old. Campsites and facilities are available to rafting guests. Other White Water Rafting Tours are available, including 3-day tours for the slightly more adventurous.

An excellent tour will chauffeur you in a super jeep from Akureyri so you can experience all of the highlights of northern Iceland including the mighty Goðafoss Waterfall and the majestic Lake Mývatn. You will see amazing lava pillars and the stunning volcanic landscape of the surrounding the area. When you get to Möðrudalur Valley, you can have a cup of tea or coffee, maybe a bite to eat and admire the “Mountain Queen” herself, AKA Herðubreið. This action-packed tour is perfect for those who like to explore more without the hassle of having to drive themselves.

See our Godafoss, Myvatn and Askja Volcano Tour page for more information about this epic tour!

To check out many other kinds of exciting Icelandic tours and adventure trips, see our Arctic Tours home page and find your perfect Arctic excursion!

Have you ever seen Icelandic runes? 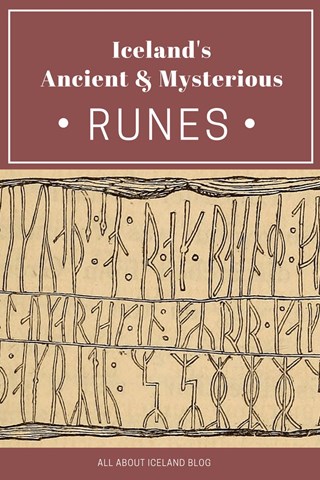 An Underground World of Ice Wonders