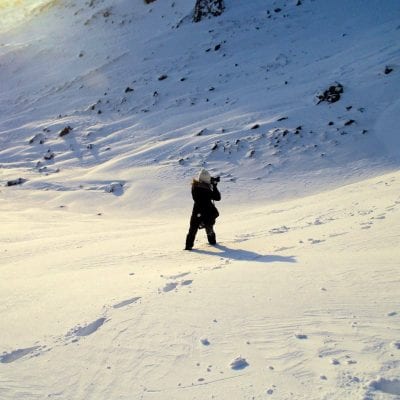 Getting Around Iceland: A Guide to Public Transport

As you might expect from a nature-loving country like Iceland, public transport is of a pretty high standard.

Car rentals are popular among travellers to this island, but you could have a full, fun trip without turning the key in the ignition yourself. Buses (both tour buses and public ones) are frequent and well run.

Here’s our quick guide to getting around Iceland:

Travelling from the Airport to Reykjavik

There is more than one airport in Iceland, but for international visits, chances are you’ll be flying into Keflavík. The most popular transport option on arrival is the airport transfer bus service, which is frequent and reasonably priced. The journey from Keflavik to Reykjavik takes about 45-60 minutes.

Taxis are often available from the airport too but are much more expensive.

Reykjavik has good public transport in the form of frequent and affordable buses.

The official public transport website is worth checking out and the company also offers a free app which will make things a lot easier for travellers who are unfamiliar with local routes.

If you’re staying in Reykjavik for a couple of days, you might want to invest in a Reykjavik city card, which gives you free access to museums, galleries and saunas, as well as free bus travel for the card’s duration. These city cards are available in 24, 48 or 72-hour units.

Icelandic bars generally stay open quite late, often until the early hours of the morning. The cities might never sleep, but most of their buses do: in Reykjavik, regular buses start at around 7am and finish just after 11.30pm. There are also night buses, though, which run much later, but a lot less regularly.

Thankfully, this is a city that values its public transport, so the timetable is quite comprehensive. 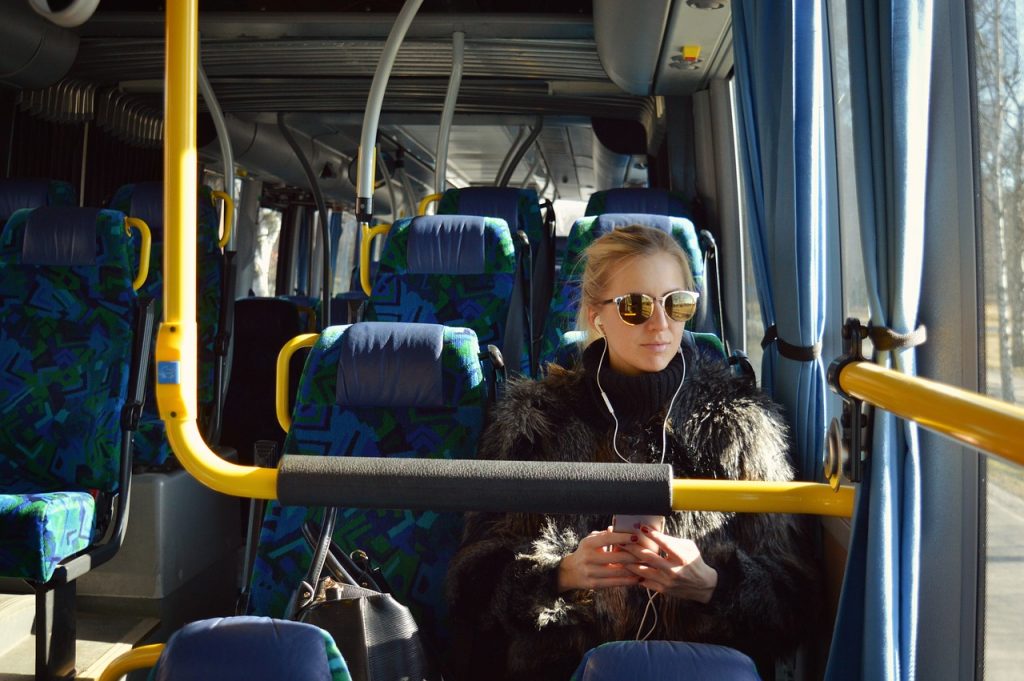 Buses are, unsurprisingly, less frequent and flexible in the country’s smaller cities, and less frequent again on off-peak times (i.e., September to May).

Getting Around Outside of Reykjavik

The Ring Road is well serviced in peak summer times (July and August) and less so the rest of the year.

During these summer months, scheduled buses travel around this national road to several popular areas, especially hiking spots in the Southwest; larger towns in the Eastfjords and Westfjords and (less frequently) the Reykjanes and Snæfellsnes Peninsulas.

There are also bus services running in Akranes, Borgarnes, Hveragerði and Selfoss.

Most buses have GPS tracking, so you’ll be able to track them when they’re on their way. And just about every bus has Wi-Fi too, meaning you can plan your activities and even book another meet on location tour while on the go!

Getting Taxis in Iceland

Taxis are commonplace in Reykjavik and one of the easiest ways to get around the city, but – unsurprisingly – much more expensive than buses. They are also available in some of the smaller cities, but if you’re using a taxi outside of Reykjavik we would recommend that you pre-book.

At time of writing, there’s no car-share or taxi app service available nationally in Iceland. There also isn’t a ride-share facility like Uber.

So, this means that pre-booking is done over the phone or managed online.

Getting to Your Tours

Of course, another popular way to reach those exciting places which are off the beaten track is via tours. In fact: our Super Jeeps can access areas that public transport cannot. 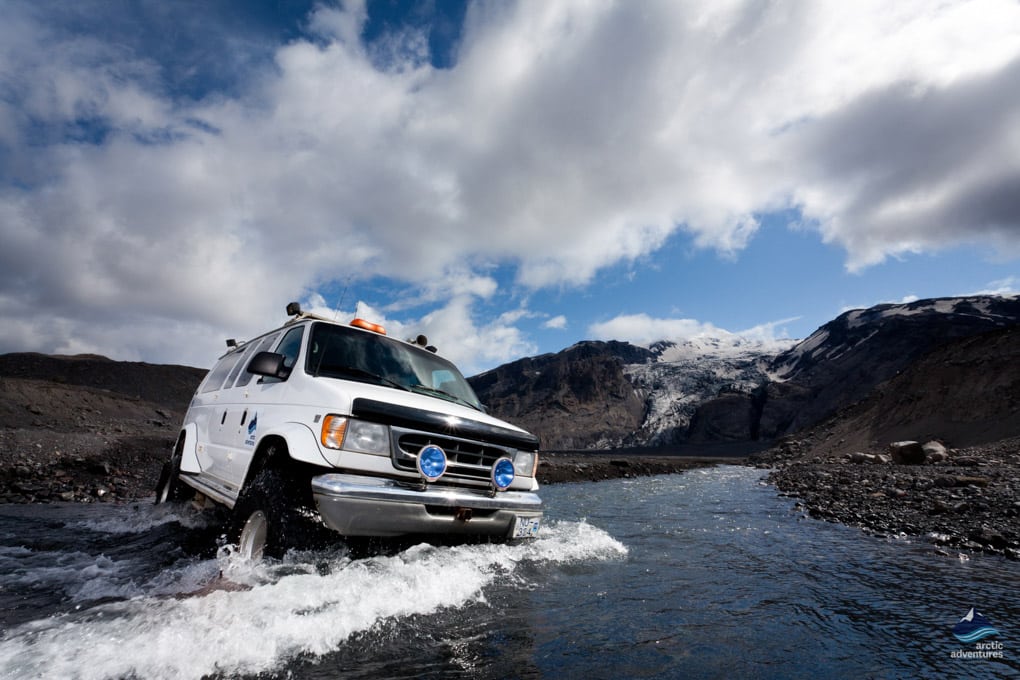 Most of our tours will pick you up in Reykjavik by bus or coach, with pick-up spots also available (depending on the tour).

Of course, once you reach your tour destination, you will quickly realise that there’s much more to Icelandic transport than buses. It’s up to you whether you want to get around by snowmobile, boat or ATV!

Iceland might be a rugged island of glaciers and volcanoes, but it’s surprisingly easy to get around. A well-known and well-kept national road, frequent buses in the capital and reliable (if less frequent) transport nationwide will take you where you want to go.

Travelling beyond the capital sometimes takes a little bit of extra planning, but us Icelanders are a dependable bunch.

See you on the road!

Now that you’ve figured out how to get to Reykjavik, why not try one of our day trips from Reykjavik?

Public TransportSelf-drive IcelandThe Ring Roadtravel Iceland
← Rafting and Jet Boats in Iceland: 6 Questions We Get Asked TripAdvisor Reviews of Seljalandsfoss Waterfall →
Newest Popular Random
Month All Time
The Ultimate Guide to Driving in Iceland
Interview With a Professional Diver: Why Iceland Should Be Your Next Diving Destination
April in Iceland: Everything you need to know
Is Iceland’s Mt. Thorbjorn Volcano About to Erupt Soon?

What to know
How to get to and from Keflavik Airport

Arriving in a new country can be an exciting yet stressful moment and getting back to the airport after a visit just the same. The best medicine? Be prepared! Here is your guide on how to get to and from the airport in Iceland, Keflavík airport.

January 5, 2018 , By Ragnheidur
What to know
Road Safety in Icelandic Weather

Driving is a popular way to take in everything that Iceland has to offer. Learn how to stay safe behind the wheel in our guide to Iceland's road safety.

March 12, 2019 , By Kathryn
What to do
The Ultimate Iceland Ring Road Itinerary Guide

Driving the famous Ring Road comes top on the bucket-list for many travelers to Iceland. I have done the Ring Road three times, met wonderful people along the way, and had a great time. Would I do it a fourth time - absolutely, yes! There are so many different things you can do along the way. Take a few days or a couple of weeks! Let me share my Ring Road tips and ideas with you.

When planning a trip to Iceland many might ask themselves the question: "Should I rent a car?" In this blog, I am trying to help you make up your mind. Here are some pros and cons, enjoy!