Icelandic Cuisine | The History and What To Try

Iceland is famous for its incredible cuisine, for the fresh quality ingredients you get to taste at the local restaurants today and also the interesting food history including fermenting sharks and putting ram testicles in jello!The Icelandic food scene will not disappoint anyone who visits. Whether it is to be brave and try the ancient Icelandic recipes or enjoy the delicious meals of the present – Iceland is truly a country for foodies!

The core of Icelandic cuisine is meat, fish and dairy. For a long time, Icelanders didn’t grow any greens or fruits and apples and oranges were only shipped over to the remote island in the North for Christmas or big celebrations. If we look even further back, to the Viking times, the traditional foods would be processed in a way that allowed people to keep it eatable for longer periods. This meant being creative and included fermenting, smoking, placing in salt, digging into the ground, suspending in jello, curing and simply letting things go rotten.

On our Reykjavik Tours, you can select any food or drink tour that best suits you!

The roots of Icelandic cuisine are found in the neighboring Scandinavian countries. When Iceland was settled in the 9th century the traditions and costumes, distinctly linked with Nordic culture, traveled with the settlers. Iceland quickly became reliant on subsistence farming but with a change in religion and climate came changes in eating habits.

With Christianity came the tradition of fasting and later even a ban on horse meat consumption but an even bigger influencer was the little ice age that occurred in the 14th century. It resulted in the failure of crops and Icelanders were forced to rely on the imports of cereal grains.

Farming continued with traditional practices from the 14th century to the late 18th century when reforms were made due to the influence of the Enlightenment. In 1602 a trade monopoly was instituted by the Danish King which was yet another factor in changed culinary ways and as time passed and Denmark became more integrated with Iceland the Danish effect became even more evident. In the 19th century and the beginning of the 20th Denmark was in fashion. Icelanders traveled to Copenhagen for studies and in Icelandic upper-class homes, Danish was spoken on Sundays. With this create respect and admiration Icelanders began following even closer in the cuisine and the influence is obvious even to this day. But, in the early 20th century there was a swift, growth in commercial fishing and processing caused an economic boom for the Icelandic people and fisheries were suddenly becoming the main source of income. The traditional consumption of dairy and meat based foods was decreasing and was making the way for fish and root vegetables.

The tradition of preserved food was being replaced with fresher ingredients, and fish from the surrounding ocean. Today you will see a mixture of the two in most Icelandic households. Horse meat is no longer banned, salted meat is rarer due to health reasons but fish and everything that comes with it is still a great food source in the country and one that we are proud of!

Which Food to Try – The Icelandic Food Bucket list

You can pretty much try any type of fish for a yummy authentic experience. Iceland is a country of fish and fisheries and the standards are sky high! Langoustine, cod or haddock is some of the most common to see on the menus and are sure bets. Best enjoyed with potatoes and the classic Icelandic rye bread with butter! 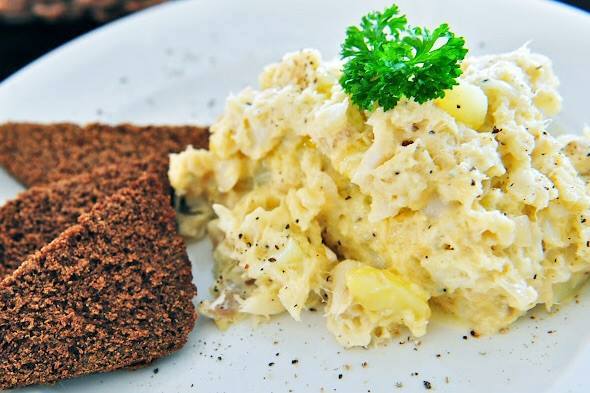 For the sweet tooths traveling to Iceland, here is your must-taste! Can be bought at any bakery and even grocery stores. 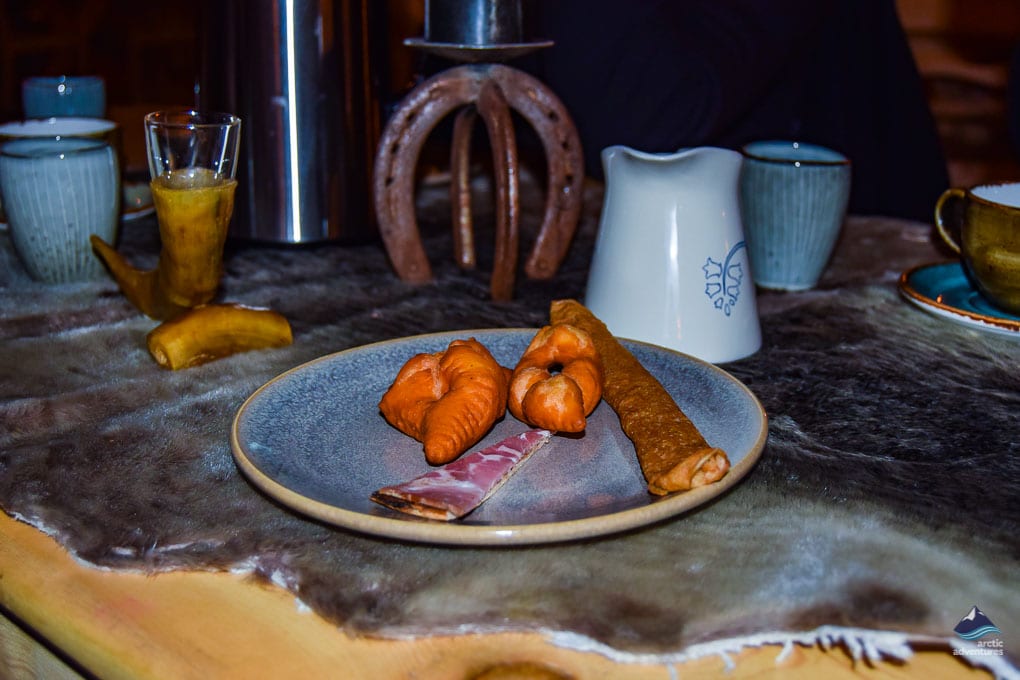 8. Bragðarefur – A Tasty Fox or the Trixter (Ice Cream)

No matter how you wish to translate the name Bragðarefur, this actual ice cream churn will blow your mind. Choose the ice cream, then three toppings, fruit or candy and let the staff swirl it together into plain deliciousness! Sold at almost any ice cream shop in Iceland, and they are everywhere! 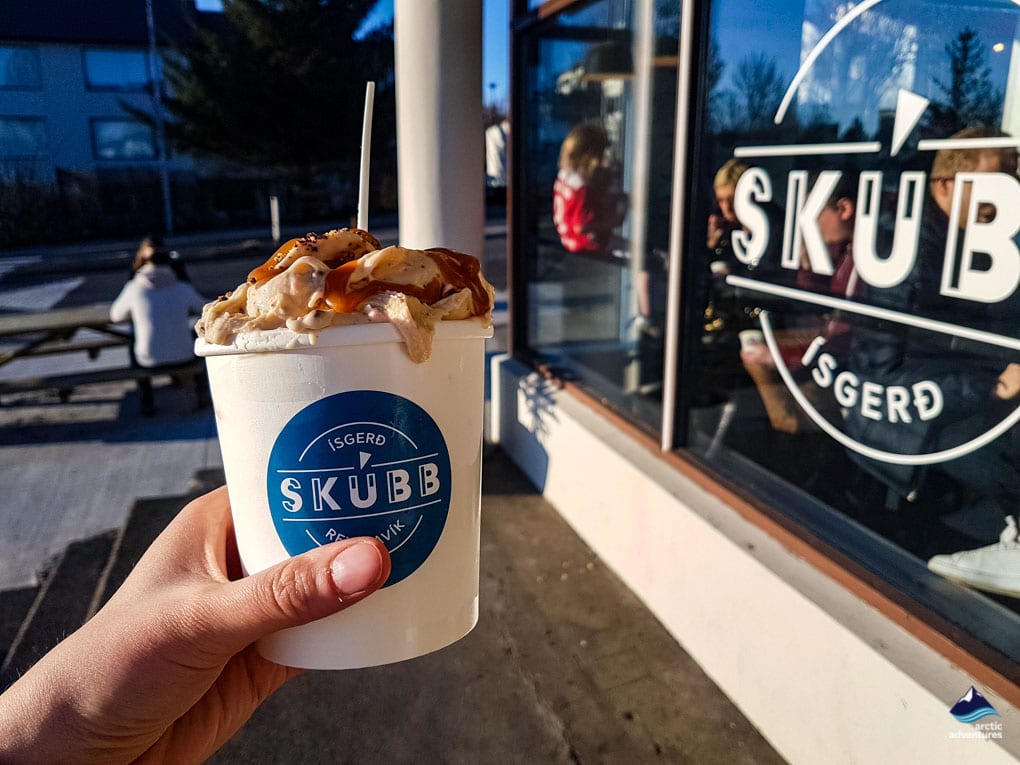 Just as it sounds, this is not the nicest smelling bite you will have but surely one of the most authentic ones to have on your trip to Iceland. Best had with a shot of Brennivín e. Black Death, a cumin-flavored liqueur from Iceland.

This is no joke and simply presented as a half head, tongue, eyes and all. 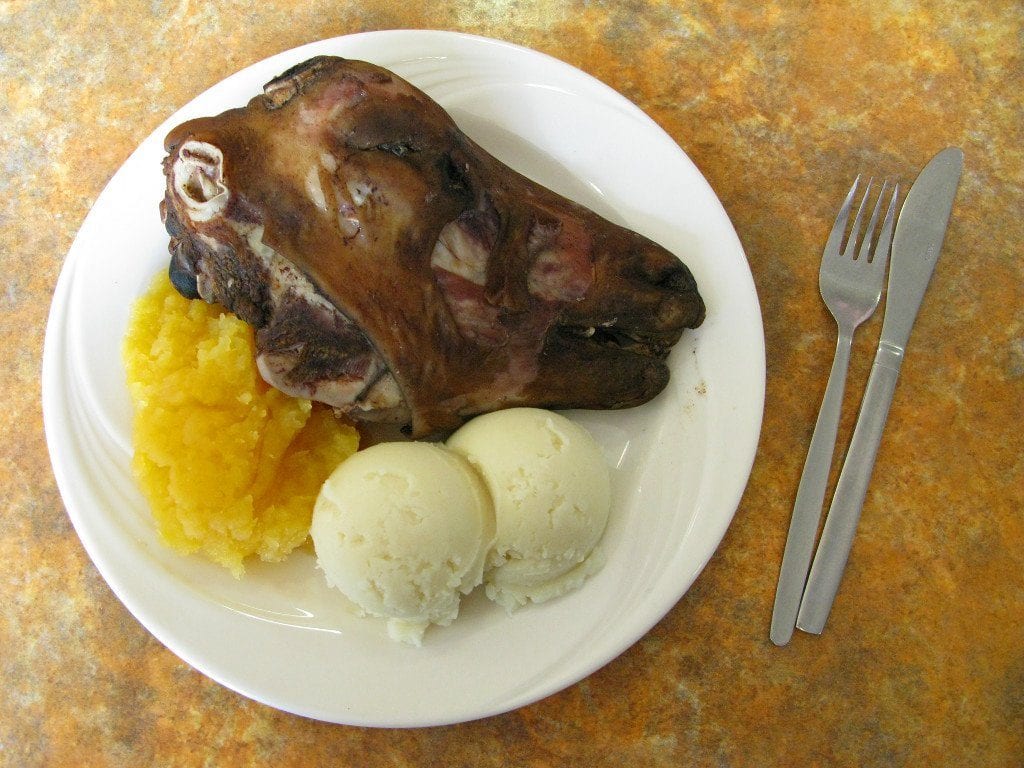 Whether yours is with mustard, ketchup, raw onions or maybe even potato salad it is sure to be savory! If there is anything Icelanders do well it is their hot dogs! For most, the Bæjarins Beztu Pylsur – Hot Dog Stand is the obvious choice. 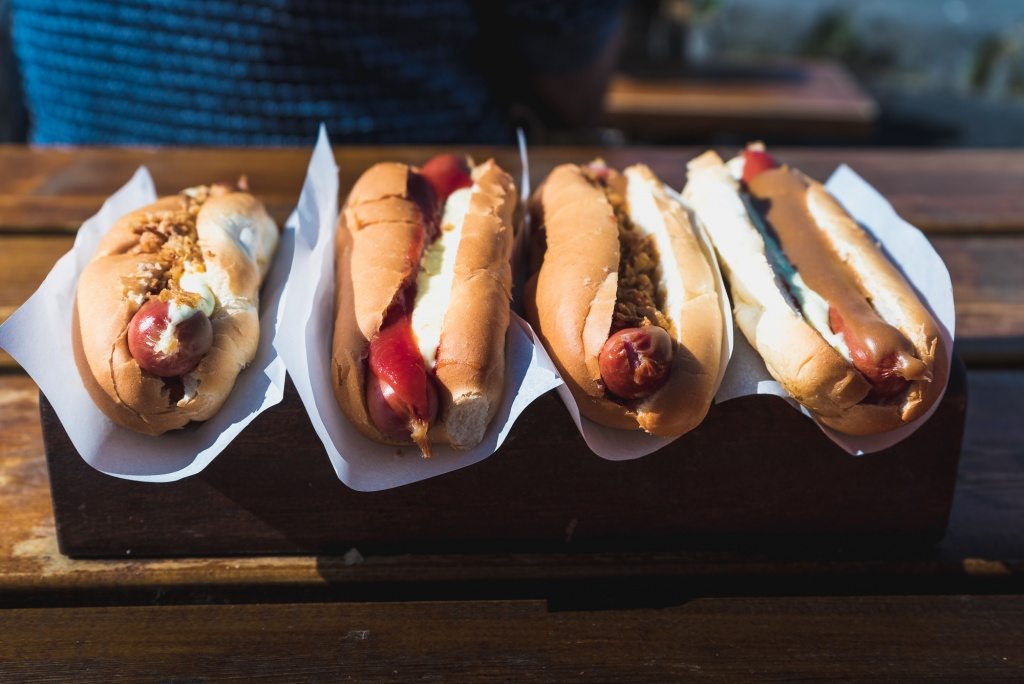 Skyr is a cultured dairy product and has been a part of the Icelandic cuisine for centuries. It is just as loved today as it was 100 years ago! Some classify Skyr as cheese but it is more commonly recognized as a thick yogurt. You can now get skyr in numerous different flavors.

Flatkaka með hangikjöti is like skyr, something that has been on the tables of Icelanders for centuries and is still just as loved as it was back in the days. This is the perfect meals to prepare for a day out in nature and will fill up the energy bar in no time! 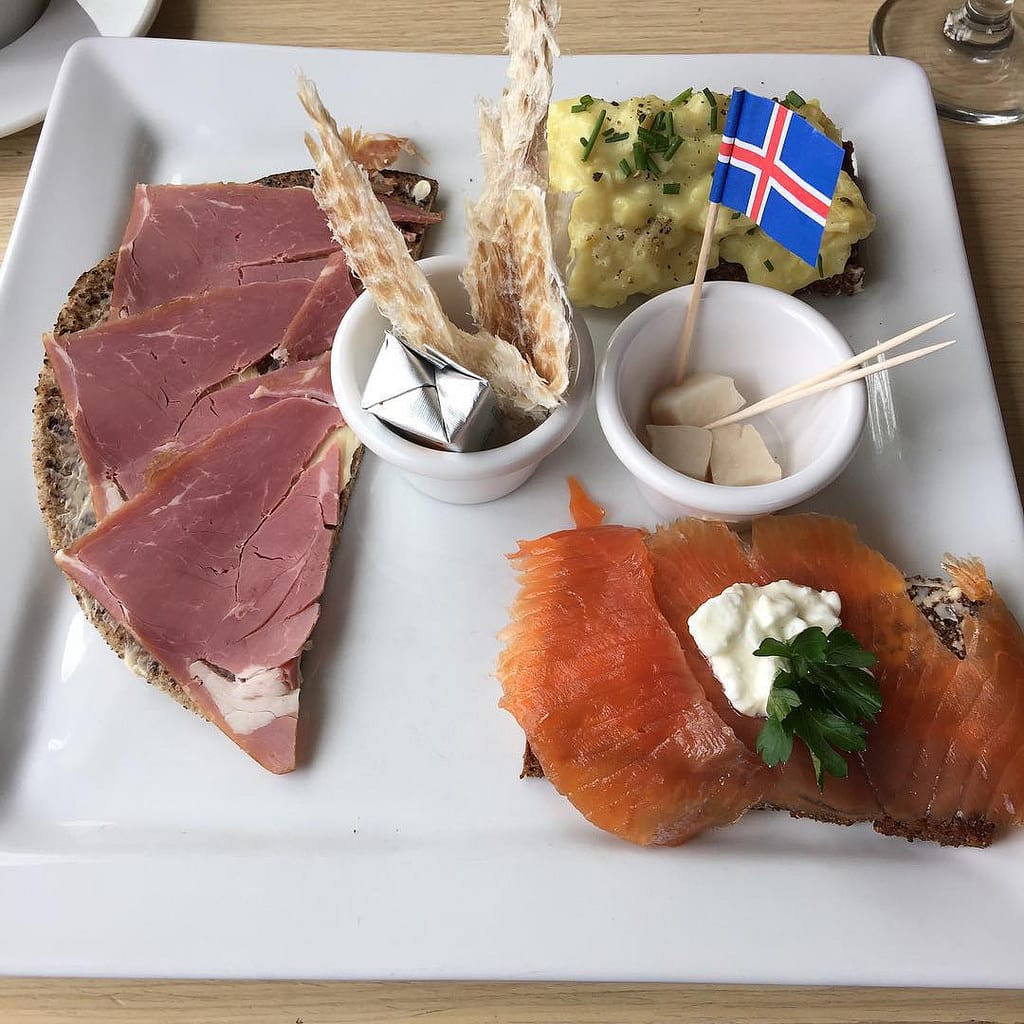 2. Harðfiskur – Dry Fish with butter (a must)

Harðfiskur or dry fish is a product of the Viking times and is probably one of the more traditional Icelandic foods you can try. When the fish is laid out it dries up and shrinks into only 9% of its original size. This results in the fish fille being packed with energy and vitamins – Harðfiskur is best served with a good scoop of butter! 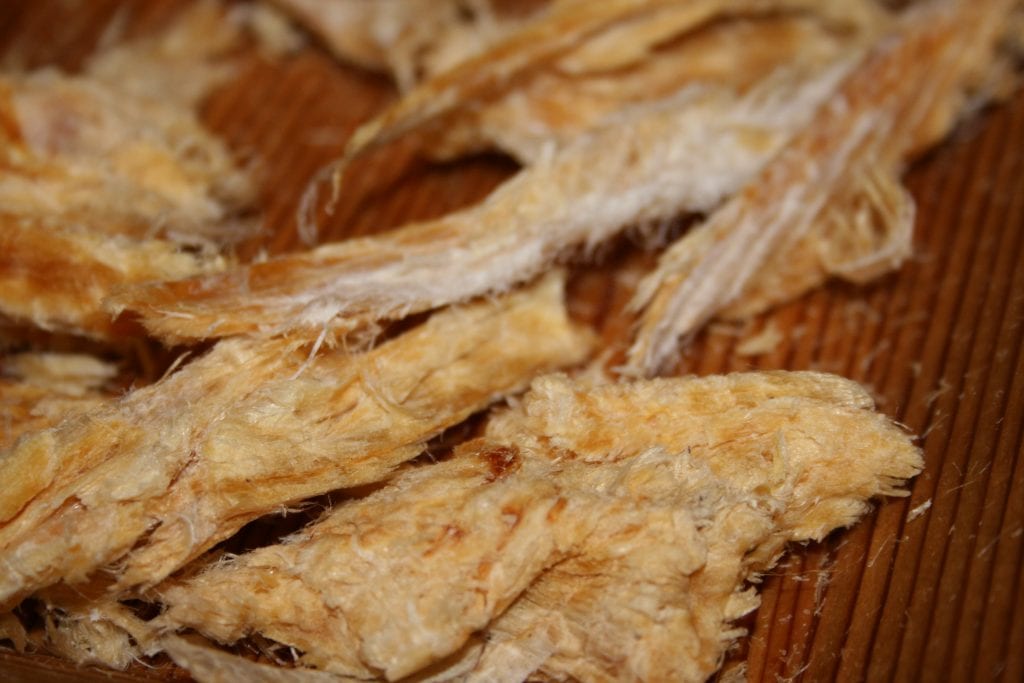 The Traditional dish of hot Kjötsúpa is for many Icelanders a sign of fall or winter. It is the perfect way to warm up after a day out adventuring and can be tried at many restaurants downtown or in attraction cafés, for example at Gullfoss waterfall! 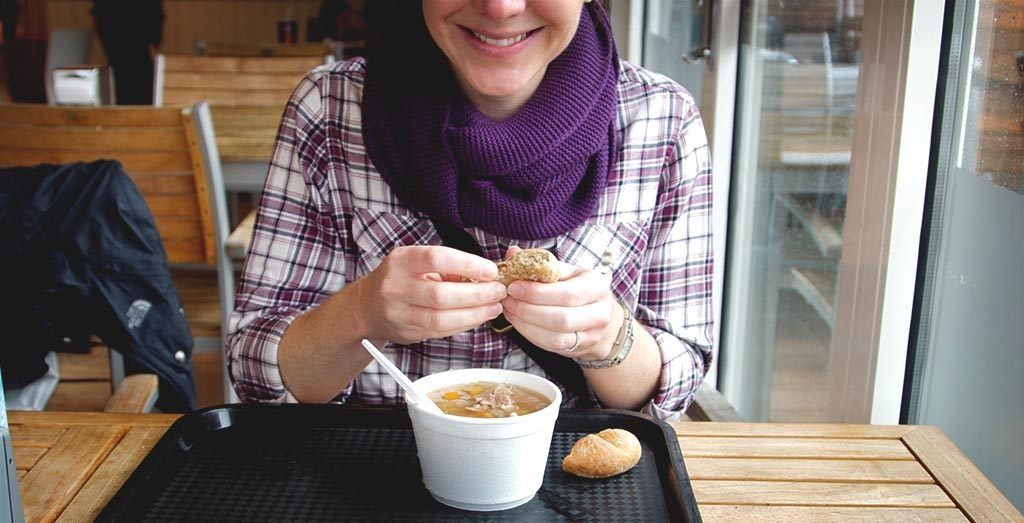 Wish to try some of these tasty Icelandic foods? Join one of our Local Food Tours out from Reykjavík!

Which Drinks to Try in Iceland – The Bucket list

The Icelandic chocolate milk, the perfect drink to enjoy with any baked goods or even a hot dog! 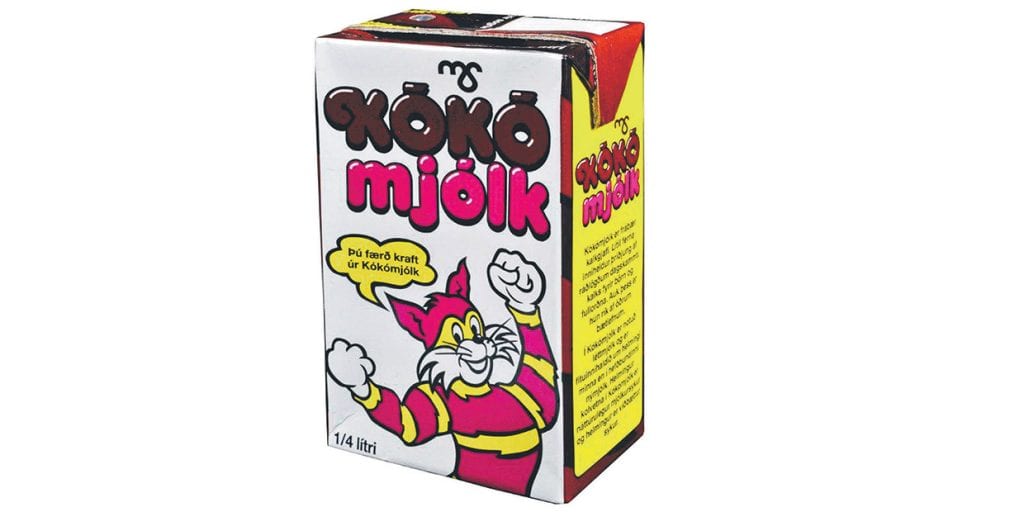 Similar to malt beer but non-alcoholic, it is sweet and dark in color. Does contain licorice, for many Icelanders, this is the taste of home!

If you mix Appelsín and Malt together you have the perfect blend and the official Christmas drink in Iceland. A must sip! 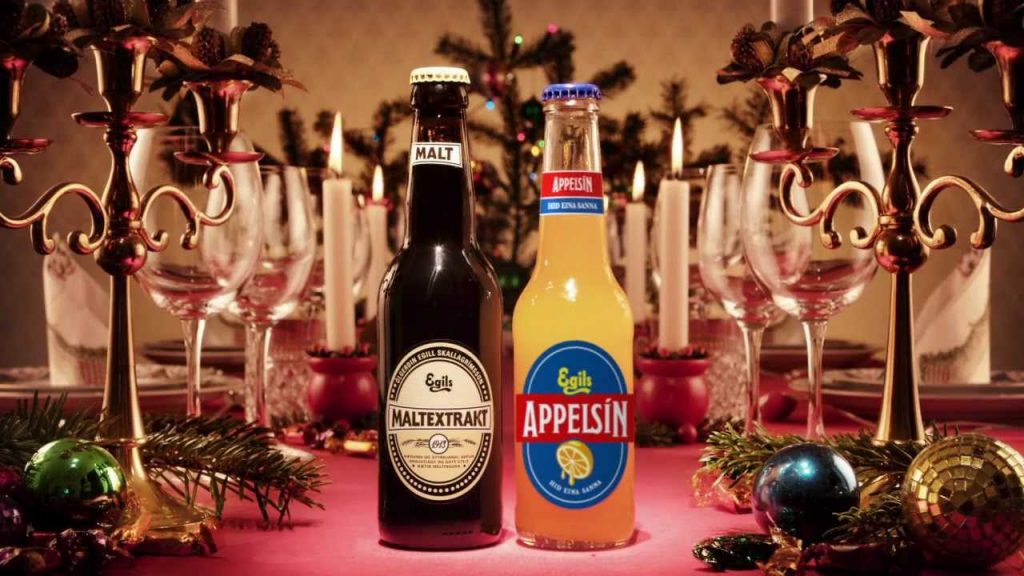 There is no competition, the Icelandic water is the best in the world. You simply must try it!

Have a Gin and Tonic with and Icelandic twist to it!

This black licorice liquor is usually served as a shot and is a local favorite!

This cumin flavored liqueur is a must to try for anyone looking for a taste of a true Viking drink!

Somewhat of a brewing mayhem has captured Iceland and everyone is brewing. Try any of the local bars for a taste of the brew. Made with the best water in the world! 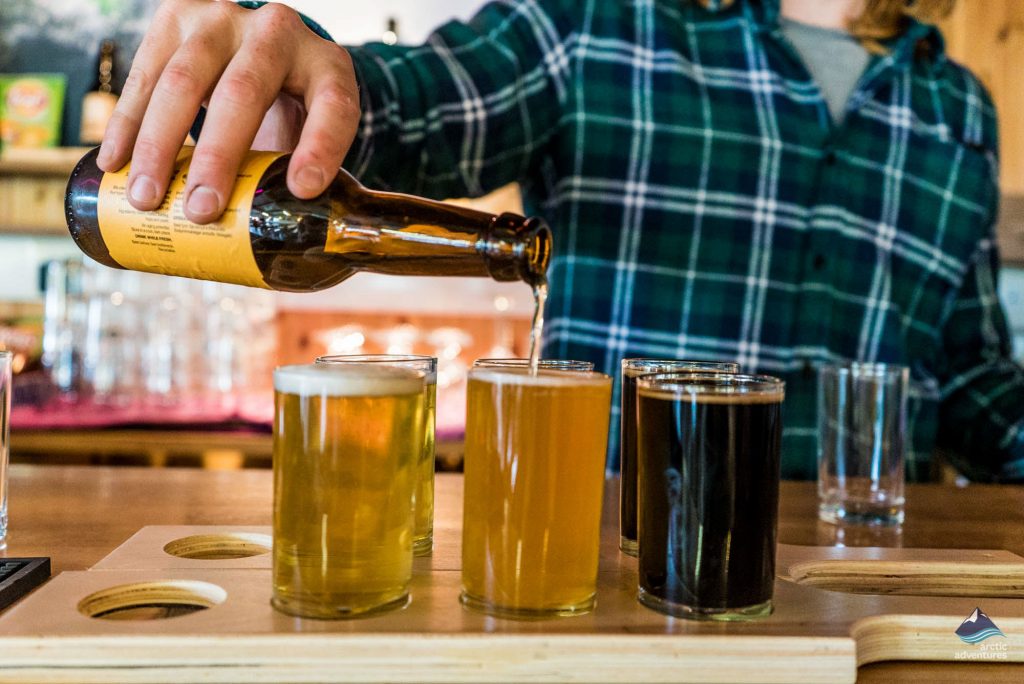 Icelanders will tell you “this is the best vodka in the world” and frankly, they wouldn’t be wrong. The Reyka Vodka is delicious on ice or in a cocktail.

Icelanders eat Minke Whale, usually served as a steak or in sushi. This has caused Icelanders to be placed on top hit lists for organizations such as Anonymous but still, the whaling continues. Many say it is the best meat they have ever tasted – and hard to compare! Whale meat can be tasted as some restaurants in downtown Reykjavik. 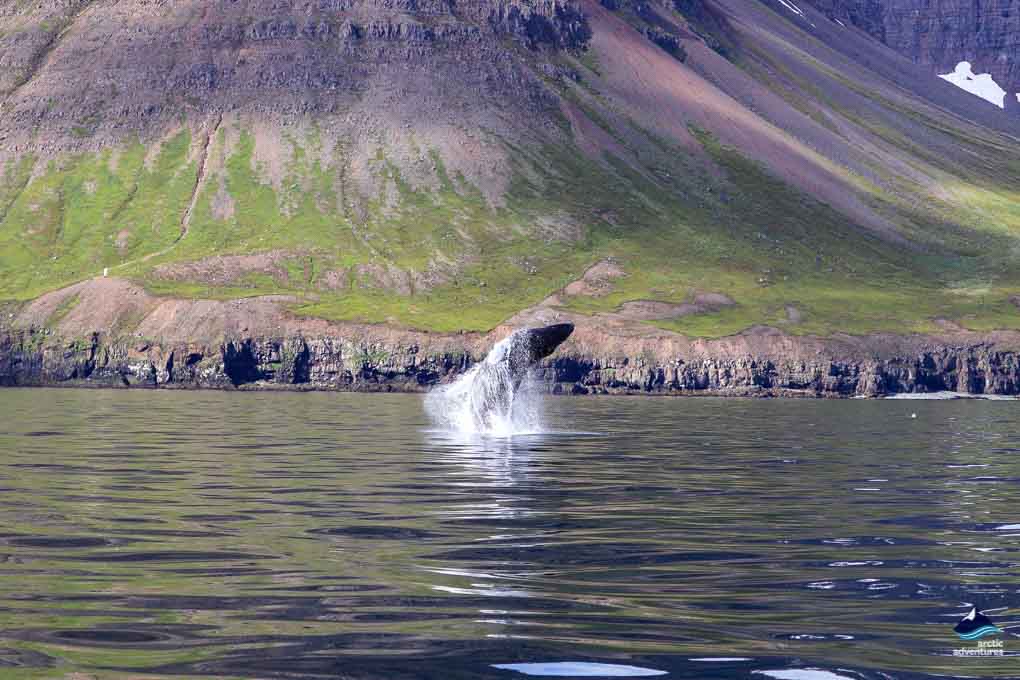 Not looking to taste, but would like to meet them up close and personal? The Whale Watching Tours might be something for you!

All over town, you will find the “puffin stores”, filled with puffin teddy bears and souvenirs so it does come as a surprise that Icelandic also tend to eat them. The meat is mostly served smoked and quite frankly can be delicious. You can try it at restaurants downtown.

Not keen on trying but would like to see them? Puffin Sightseeing tours might just be the answer for you! 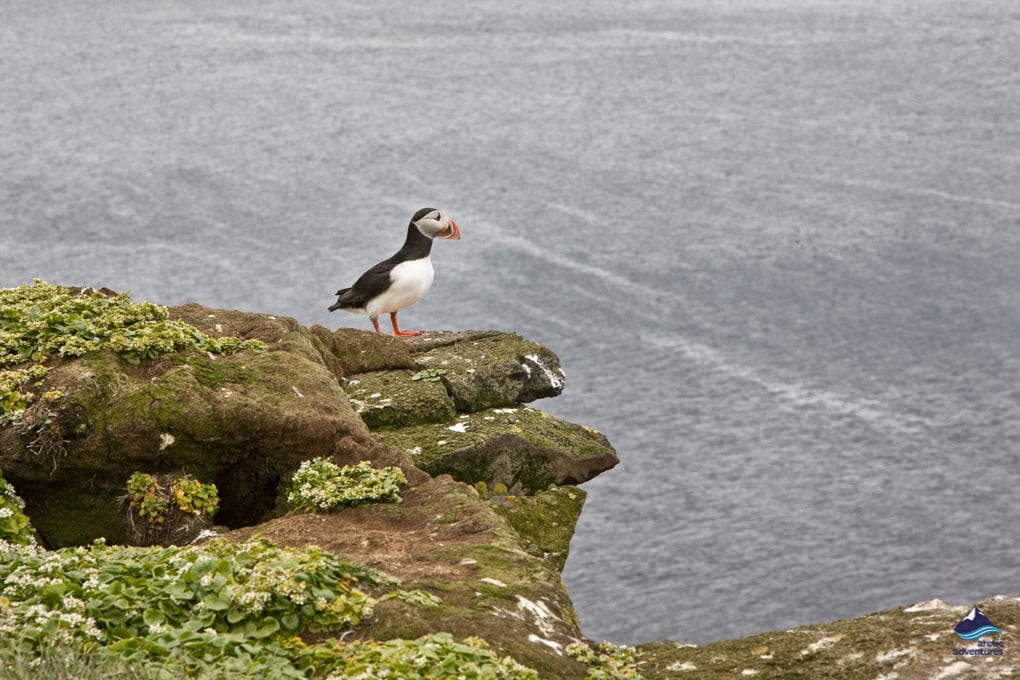 You would think that the love Icelanders have for their horses would out-do their lust for eating them but the fact is that Icelanders love them in the fields and on their plate. The price for horse meat is usually lower and even the worst chef couldn’t ruin a horse steak. The meat is tasty, soft and very much like beef. An interesting taste for the brave foodies visiting Iceland! 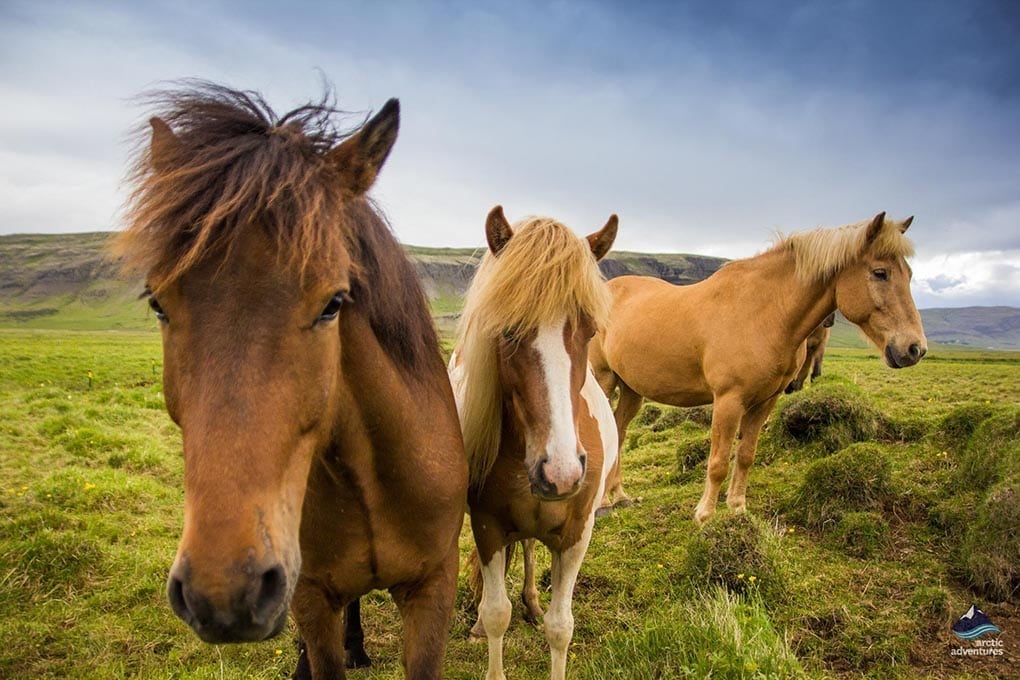 Don’t want to taste but would be interested in meeting the Icelandic Horse? Why not sign up for a Horse Riding Experience!

Icelanders are very fond of their traditional and will often keep the same menu from generation to generation just for the sake of the tradition. Here is a list of the most typical Christmas meals in Iceland, which is usually three courses. 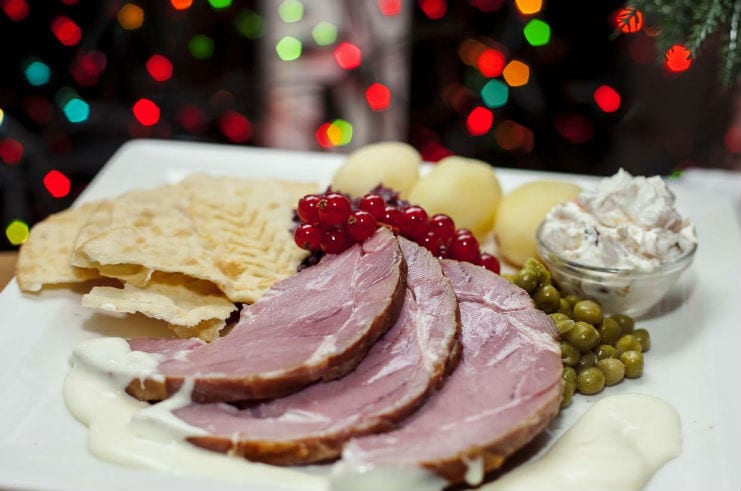