Explore moss-covered lava fields, colorful mountains, steaming hot spring from an above with a landing off the beaten track of Hengill geothermal area.

This one of a kind sightseeing flight, will allow you to discover Iceland's geothermal energy from above. Look down on in its entire splendor from the quiet and comfortable seat of a helicopter. The helicopter leaves from Reykjavik domestic airport, just a few minutes from the center of the city (aka not Keflavik!)

Availability All Year
Duration 50-60 minutes
Departs From Reykjavik
Level Easy Suitable for most people in fair condition.
Minimum age No min age
Ratio 1:10
Meet on Location Yes
Pick Up No 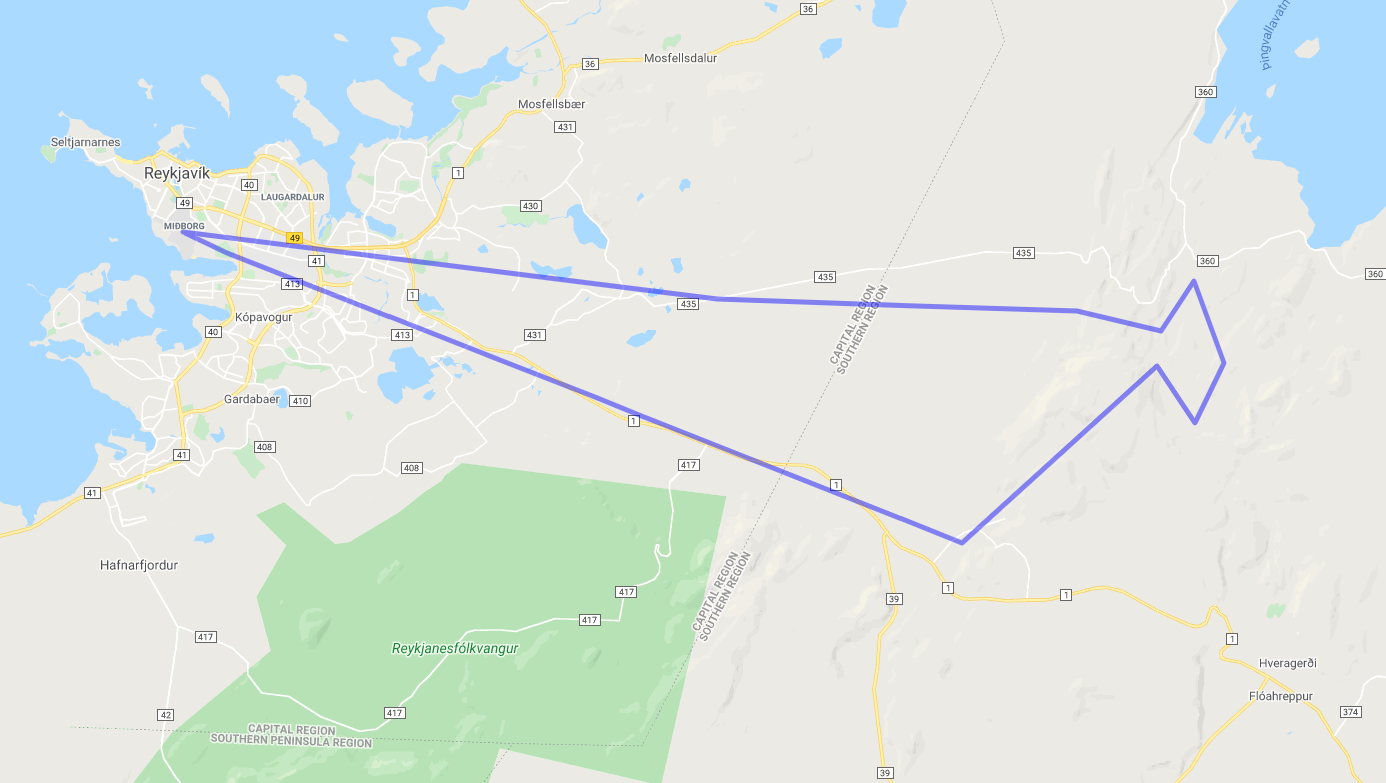 This one of a kind sightseeing flight will allow you to discover Iceland's geothermal energy from above. Look down on in its entire splendor from the quiet and comfortable seat of a helicopter. The helicopter leaves from Reykjavik domestic airport, just a few minutes from the center of the city (aka not Keflavik!)

Witness Iceland’s subterranean energy from the sky as you soar above the volcanic landscape, over geothermal pools and power plants, lava fields and craters. We will take a brief rest in order to witness the raw, primeval energy rising up from the earth beneath us.

After the quick stop, we will fly over the Hengill volcano, south of Thingvellir. Hengill is still active, as evidenced by the numerous hot springs and fumaroles in the area, but don’t panic, the last eruption occurred almost 2000 years ago! We will stop here to take advantage of some of the hot springs in this area first hand. The springs are calcium-rich solfatara and boiling water runs several feet under the earth’s surface, producing a multitude of steaming fumaroles all around.

This volcano is an important source of energy for the south of the country, which is utilized at the Nesjavellir and the Hellisheidi power stations, some 11 km south of it. Both power stations are operated by Orkuveita Reykjavíkur (Reykjavik Energy) where groundwater is heated and distributed to the district.

Finally, our tour flight concludes after we ascend over Reykjavik, with its colorful houses adding to a great aerial overview of the city.

To find a suitable departure time, we will contact you shortly after you book. This tour is suitable for everybody, including people who although young in mind and heart, have found themselves limited as to physical activity due to health reasons or ...)

To find a suitable departure time, we will contact you shortly after you book.

This tour is suitable for everybody, including people who although young in mind and heart, have found themselves limited as to physical activity due to health reasons or old age. This tour is a great chance for everyone who is interested to enjoy these wonders of nature personally. Wheelchair users are also very welcome.

Any passengers over 120 kg / 265 lbs / 19 stone are required to pay for 1.5 seats in the helicopter. This will ensure that everyone on the tour has a comfortable and safe ride!