The Bruarfoss Waterfall is a hidden natural gem located in the Western Icelandic countryside. Enjoy its beautiful blue waters as you travel the Golden Circle route. The perfect addition to a day trip in Iceland!

Other Waterfalls near to Brúarárfoss

Brúarfoss may be a small waterfall, tucked away in a remote area of West Iceland. But its fame comes from the magnificent shade of blue-colored water in its rapids.

The appeal of this hidden gem also comes from the 2-3 kilometer hike needed to find it. It’s not the easiest waterfall to find!

Located 3 km from the road between Laugarvatn village and Geysir geothermal area, the fall is fed by the river Brúará. The water is a captivating shade of bright blue, totally breathtaking and like nothing you’ve seen in nature before. Perfect for photographing!

The proper walking path to the waterfall is on private property and is now closed to the public. This is due to disrespectful treatment of the path and littering in the surrounding area where the few are ruining it for the many. Instead, there is now a much longer but more scenic way around! 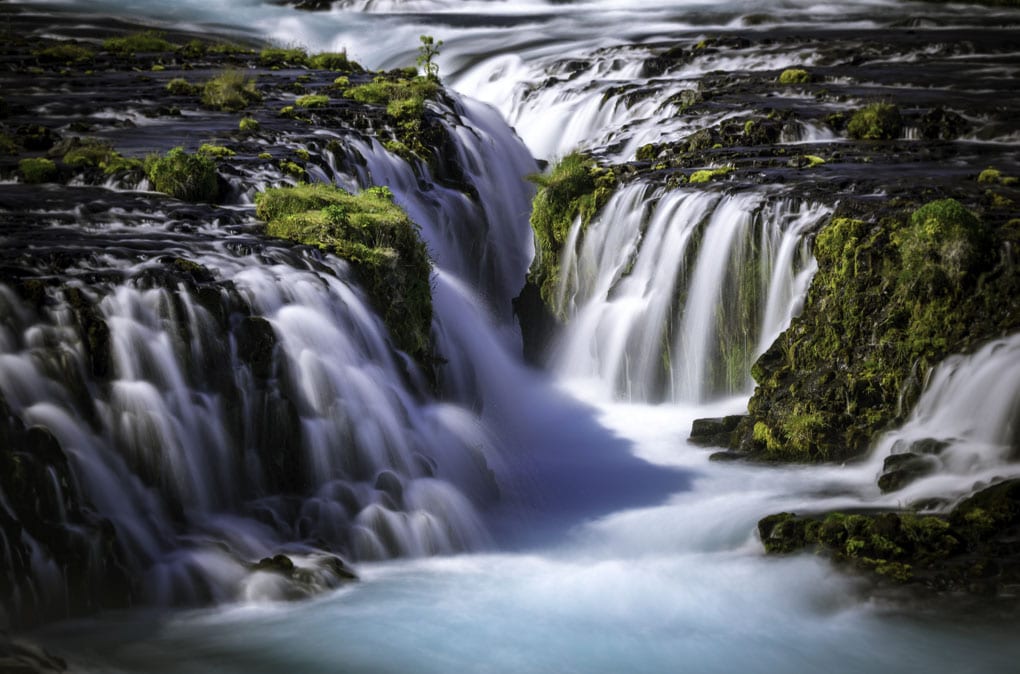 The name of Brúarfoss translates as “Bridge-waterfall” and derives the title from a natural stone arch which formerly crossed the river, acting as a bridge.

The arch has long since collapsed, but in the early 20th century a new bridge was built at a crossing over the river, crossing the narrow canyon in the middle of the waterfall.

Legend has it that this original rock bridge was completely demolished in 1602, by a follower of the Skálholt episcopal see.

Iceland was suffering a severe famine during that time, so by destroying the bridge, the follower blocked the starving peasants from entering the plentiful lands that had been claimed by the church.

What is the Origin of Brúarárfoss?

The original source of the waterfall can be traced back to Langjökull glacier. The glacier’s water feeds down to the powerful Hvita river, which then descends into the River Brúará, and then forms Brúarfoss.

As a result, the water is an icy blue color. The glacial river Brúará falls ends in a U-turn at the base of the waterfall, where the river is concentrated into a deep crevice. 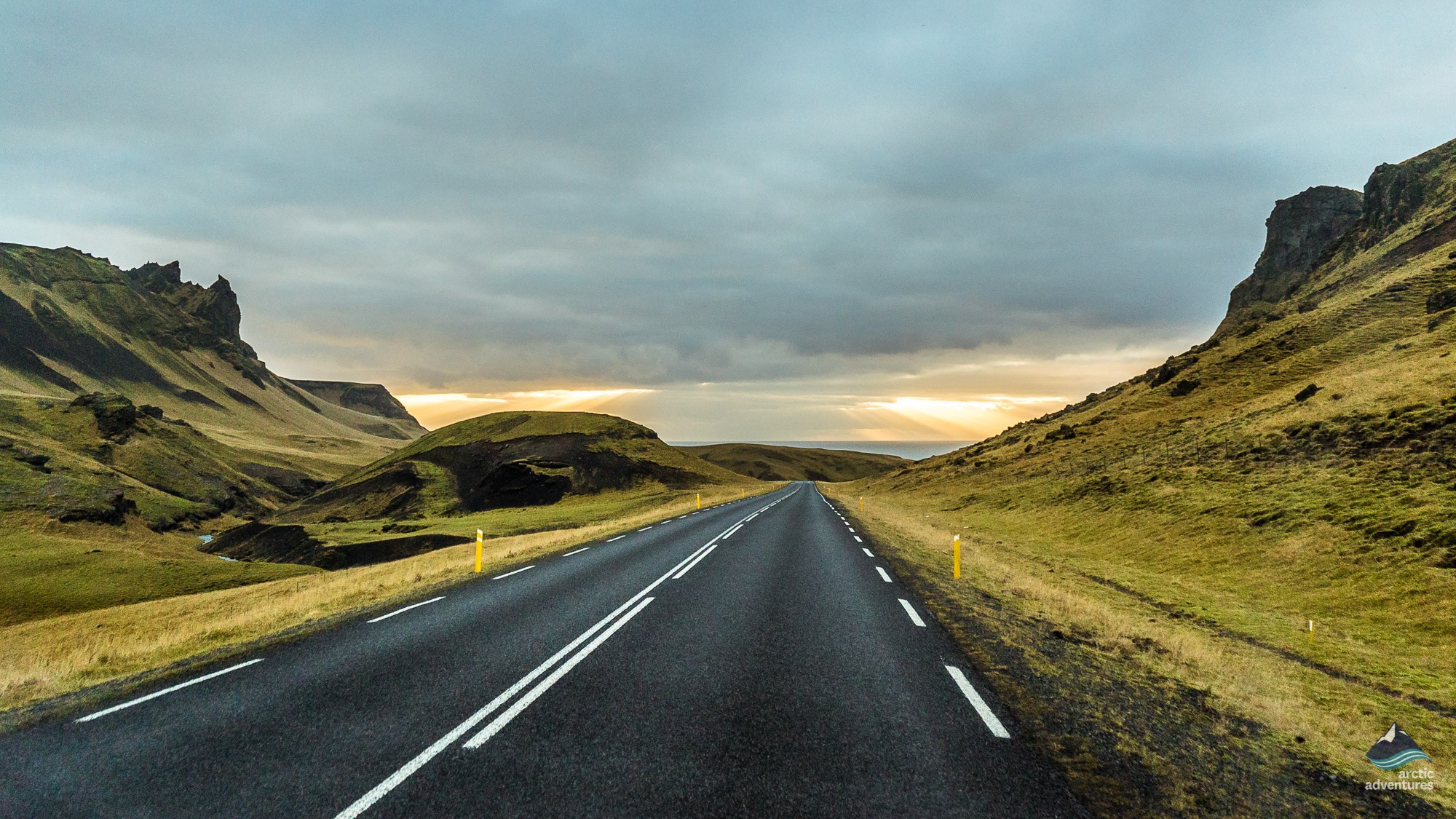 Tucked away in the West of Iceland, around an hour and twenty minutes East of Reykjavik, the waterfall is about 2 kilometers North of Laugarvatnsvegur.

It’s also 15 km from the geothermal hot spring area of Geysir and the same distance from the village of Laugarvatn. The new parking lot is located directly on the road 37/355.

How to get to Brúarárfoss

From Reykjavik head West on Laugarvatnsvegur/Route 37 and then at a roundabout take the 1st exit onto Route 365. Follow Þingvallavegur, Vesturlandsvegur/Þjóðvegur 1 and Route 49.

Follow all signs to Vesturlandsvegur/Þjóðvegur 1 until you have to turn right onto Tjarnargata. Park in the parking lot and prepare for your hike! 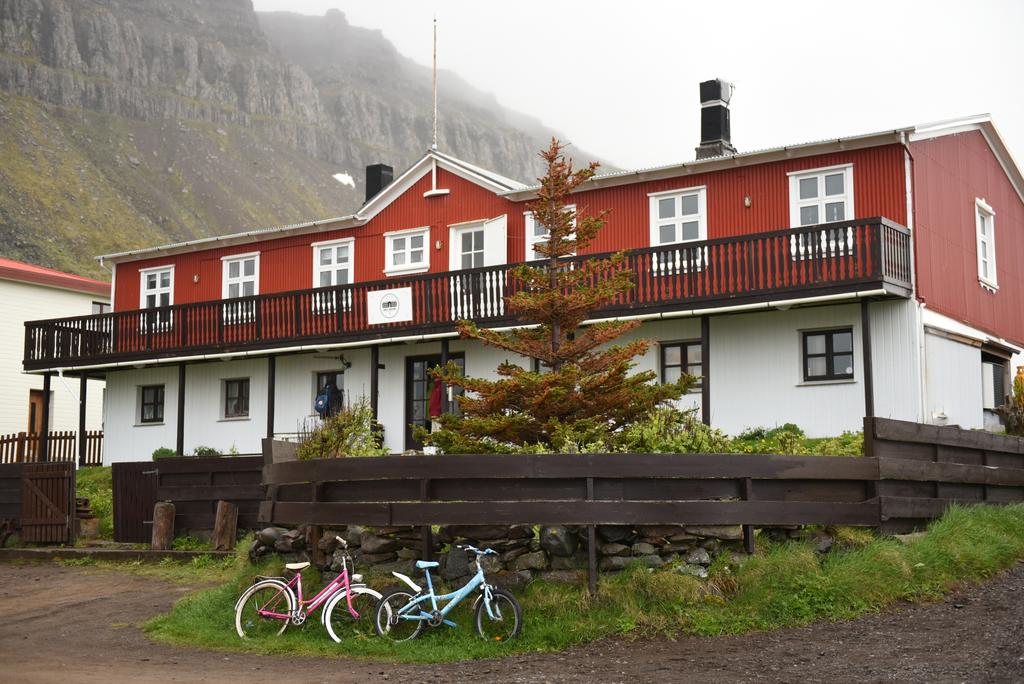 Brúarárfoss waterfall is around 2.5 km from the car park. It is well worth having a map application open as it is easy to misjudge and end up in a field of 7-foot grass!

Most of the journey you are hiking along the river Brúará, where you will get a good view over the river, of rapids and small waterfalls.

Departing from the car park, follow the river. After a while, the path then forces you to move away from the river, which is where the route becomes slightly more challenging to follow. If there are any footprints – follow them!

This will have you walking through a field of Icelandic horses and over a fence to a road past some private lodges. From here the rest of the route is signposted. The path takes you through some woodland down to the river and you follow this to the falls.

The winter hike through the snow is scenic and beautiful but expect is to be more challenging – especially with small children.

Places to Eat near to Bruarfoss 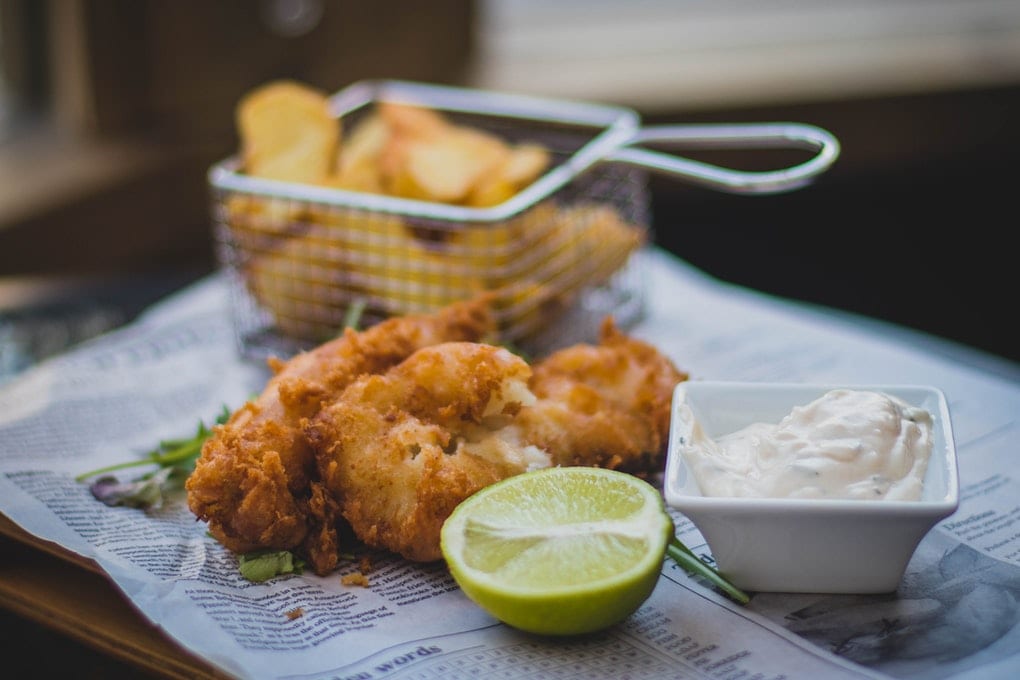 Other Waterfalls near to Brúarárfoss 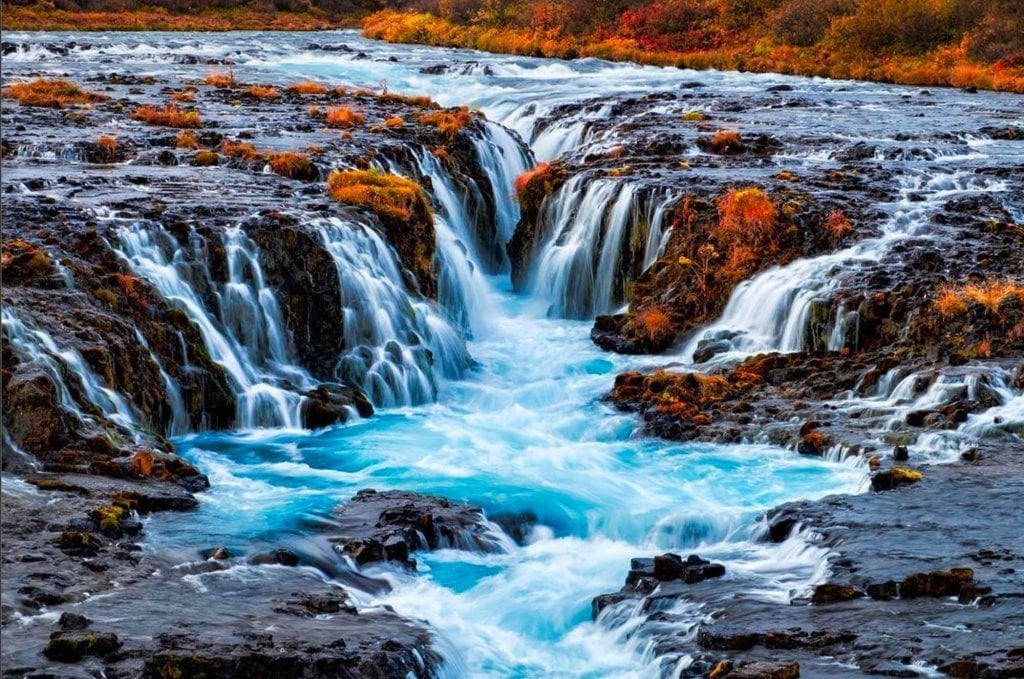