Menu
More
Jamie
|March 27, 2017
I am Jamie, a seventeen year old girl who lives in Belgium. I am studying tourism at PIVA, it is a school in Antwerp and I absolutely love it! So far, I’ve seen several cities in Europe. I love to do some sightseeing and visit places I have never been to before. My interests are traveling and taking photographs. Last week, I arrived in Iceland to do an internship supported by Erasmus. You have to know, Iceland has been my dream destination for such a long time! I was over the moon when I heard the news that I’d be living in Reykjavík for over a month! So now, I’m blogging about my experiences and I can’t wait to share them with you in the tag: Jamie Tackles!

Horse riding in Iceland is something I have been dreaming about for a long time: This has to be on everyone’s bucket list – if you are not allergic to horses, of course!

This was my first ever time on a horse. So, yes, it was scary, but so much fun!

When I arrived at the farm the lady at reception showed me where I could pick up the equipment I needed for the ride. She explained that after I had collected a helmet, boots and a raincoat there would be a short video. Watching this clip on the TV-screen was really helpful, we were shown how to handle a horse, and the right gestures and signals to give to the horse so that he or she would understand. We were left with a really good idea of how to behave around horses!

A woman who cared for the horses introduced us to our horses. I was given a very beautiful dark brown horse, this animal was very sweet, but sometimes a little crazy… I will say more about that later.

We started the horse riding tour with a group of 20 people. We rode through a beautiful countryside environment, traveling through a lava field in the sunshine.

A few moments later the guides told us we were to be split the group into two smaller groups, so the people who wanted to go faster could do so, and those who wanted to ride at a calmer pace could do that. This was my first time ever on a horse, so I chose to go the calm way!

After 45 minutes we took a short break in a beautiful place where the guides took a few moments to check over each horse. They told us some interesting things about the environment, the hills, and the nearby mountains. The guides were very willing to take a photograph of you sitting on your horse. Of course, I asked!

My horse was a little crazy, she seemed to particularly enjoy walking through trees and bushes with me! I thought it was funny, and nothing worse happened.

When we got back we had some time to get a coffee or a tea in the cafeteria. I had so much fun, one of the best things was getting to meet great new people and learning from them!

This is something I would recommend to anyone visiting Iceland, it doesn‘t take that long and it is not very expensive. Who doesn‘t want to share an Instagram picture of themselves sitting on an Icelandic horse? It is truly worth it!

If this will be your first time ever on a horse don´t be afraid, I survived perfectly!
Yihaaa! 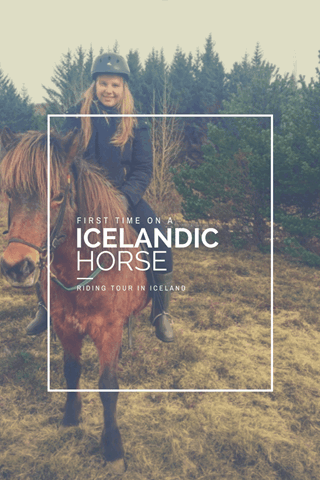 Photogenic Reykjavik - a Walk Through the Capital

A map and a camera were all I needed to explore the beautiful city Reykjavik and to see it in all its glory. It was a sunny Friday, a perfect day to go outside for a walk in the capital city of Iceland. I discovered and visited so many beau...