BREATHTAKING LAVA CAVING TOUR IN THE MIDDLE OF NOWHERE

Menu
More
Jamie
|March 19, 2017
I am Jamie, a seventeen year old girl who lives in Belgium. I am studying tourism at PIVA, it is a school in Antwerp and I absolutely love it! So far, I’ve seen several cities in Europe. I love to do some sightseeing and visit places I have never been to before. My interests are traveling and taking photographs. Last week, I arrived in Iceland to do an internship supported by Erasmus. You have to know, Iceland has been my dream destination for such a long time! I was over the moon when I heard the news that I’d be living in Reykjavík for over a month! So now, I’m blogging about my experiences and I can’t wait to share them with you in the tag: Jamie Tackles!

I went on the lava caving tour with my two Belgian friends, it was so cool!  Everyone was picked up at their accommodation then we traveled to the lava field. The journey only took around 20-30 minutes and we even made a restroom stop. Our guide told us lots of stories about the history of this volcanic area, it was great to learn about the earthquakes and volcanic eruptions as we went on our way. We saw some really breathtaking views, and the covering of fresh sparkling snow on the mountains made them look especially beautiful. Our journey finished in the middle of nowhere, we were totally surrounded by volcanoes and lava fields – this was just so wonderful!

Our very helpful guide gave us all the lava caving equipment we needed when we arrived, he also made sure that all of the ropes were tight and secure. One by one we slowly went down inside the lava tube cave. Our guide told us all about the formation of the cave, and, also, how it had changed over the years. He pointed out the different levels of lava and explained how stalagmites and stalactites were created.

The ceiling became lower as we ventured more deeply into the cave, we needed to stoop a little to continue, so I probably wouldn´t recommend this tour to anyone with back problems, but for everyone else it is great. Our helmets had lights just like those worn by miners, this was really good because we didn´t need to carry a torchlight. For a moment, our guide switched our lamps off, we were perfectly still, so there was no danger of falling. It was just so amazing to be in complete darkness and almost total silence. The only sound we could hear was made by the droplets of water which fell from the ceiling, this sound was so soothing. The roof of the cave became too low for us to walk at times, sometimes we had to crawl for a moment, or as our guide described it “do the Spiderman-crawl”.

To end this adventure, our guide asked us to try to find the exit. It took some time, but we succeeded! We left the lava cave and set foot, once again, on the surface of the Earth! Our guide did a great job and gave us enough time to take pictures in the cave. He told us stories about the cave and included some funny anecdotes too. I would recommend this tour for those who are wondering what a lava cave looks like and who are ready for an adventure.

Many thanks to Arctic Adventures for this beautiful experience! 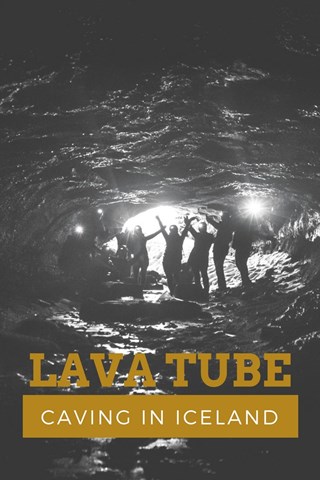 A Once in a Lifetime Glacier Experience

When the driver dropped us near the glacier, our glacier guide provided us with all the equipment we needed. We were given glacier crampons to put on our hiking shoes so we wouldn't fall or slide about. We, also, were given ice axes for add...

Horse riding in Iceland is something I have been dreaming about for a long time: This has to be on everyone’s bucket list – if you are not allergic to horses, of course!

After lunch, we went to the place to be, the houses from the GOT series. Our guide, who had participated as an extra, had to kill people in the series. He showed us the different ways to kill someone with a sword and a knife (not a real one...

Everyone knows the Blue Lagoon in Iceland, right? It’s a large pool in a magnificent lava landscape filled with geothermally heated, mineral-rich water. The Secret Lagoon is less well-known but equally spectacular. So why would you not wan...