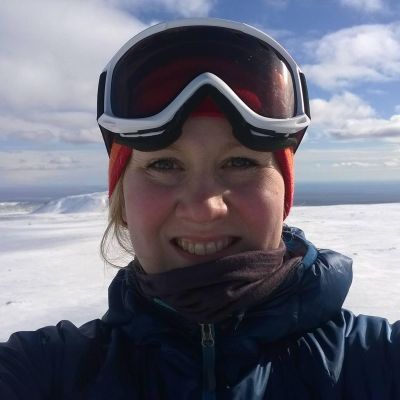 Iceland may not be known for its great culinary tradition, far from it. But in Iceland we have many high-quality ingredients, it’s just that for a very long time we didn’t know very well what to do with those ingredients. There are though a few classics, that don’t seem to go down in popularity despite the ever growing variety of food options in supermarkets and restaurants around the country. And I’m not talking about anything rotten or smelly, like fermented shark or skate. We’ll save that for others to write about. I’d like to kickstart this series of Icelandic food classics with a personal favorite of mine: Plokkfiskur.

Plokkfiskur is basically a simple fish stew. The name literally translates to “plucked fish” You only need a few ingredients: White fish (such as haddock or cod), potatoes, yellow onion, wheat flour, milk, butter, salt and pepper. Some recipes may additionally include ingredients such as bay leaves, chives, curry, chicken stock, bearnaise sauce and cheese. Like any classic dish a few variations may exist, but all include those first few ingredients. Here I’d like to give you two different recipes, first the simple, no frills, original version, then the oven-baked “I’ve got people coming over for dinner” version. 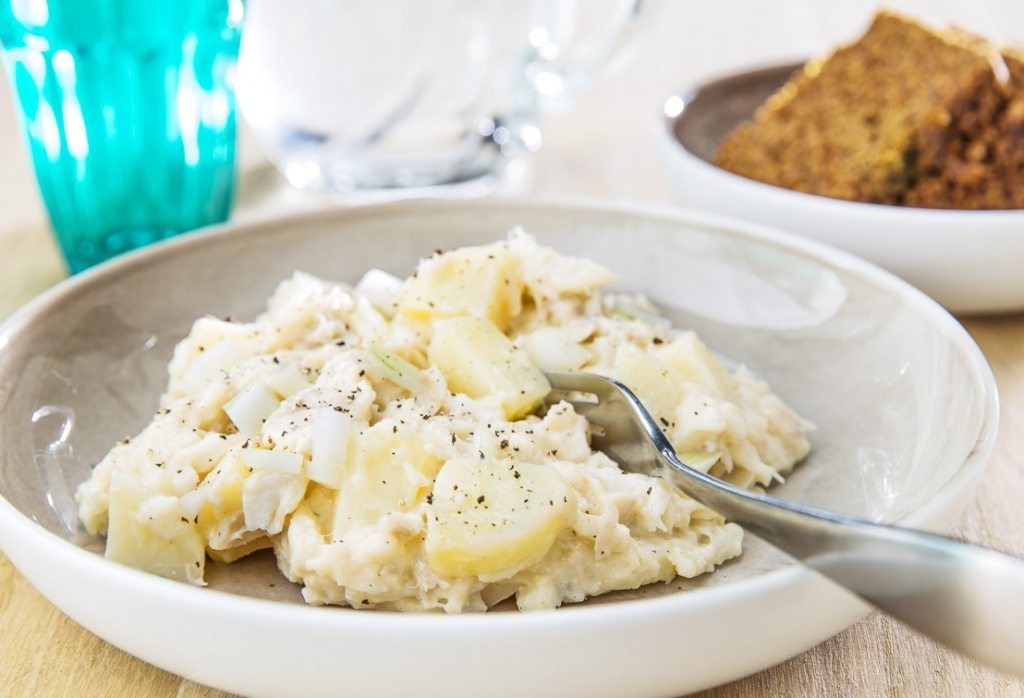 Boil the potatoes. Icelandic potatoes are usually boiled with the skin on, then the skin is removed after boiling. But before removing the skin it is best to cool the potatoes down by letting the hot water run off them and replacing it with cold water for a few minutes. Bring water to boil in a deep, wide pan or pot. Add salt and then the fish, cover with lid. Immediately turn off the heat and leave the pan standing on the stove. In about 8-9 minutes remove the fish from the water, keep the water (stock) to use later. Cut the potatoes into bite size pieces and use a fork to flake the fish. Keep aside.

Having removed both fish and stock from the pan you can now add butter and onion to the pan (remember to turn the stove on again, medium heat). Let it simmer for a little while until the onion turns soft and clear. Stir in the flour and then gradually thin it out with a mix of stock and milk (⅓ stock, ⅔ milk). It should turn to about the thickness of a good gravy or thick soup. Next you can add the cut potatoes and flaked fish and stir it all loosely together. Add salt and pepper to taste. Serve with Icelandic rye bread (the black chunky type) with lots of butter spread on top of each slice. 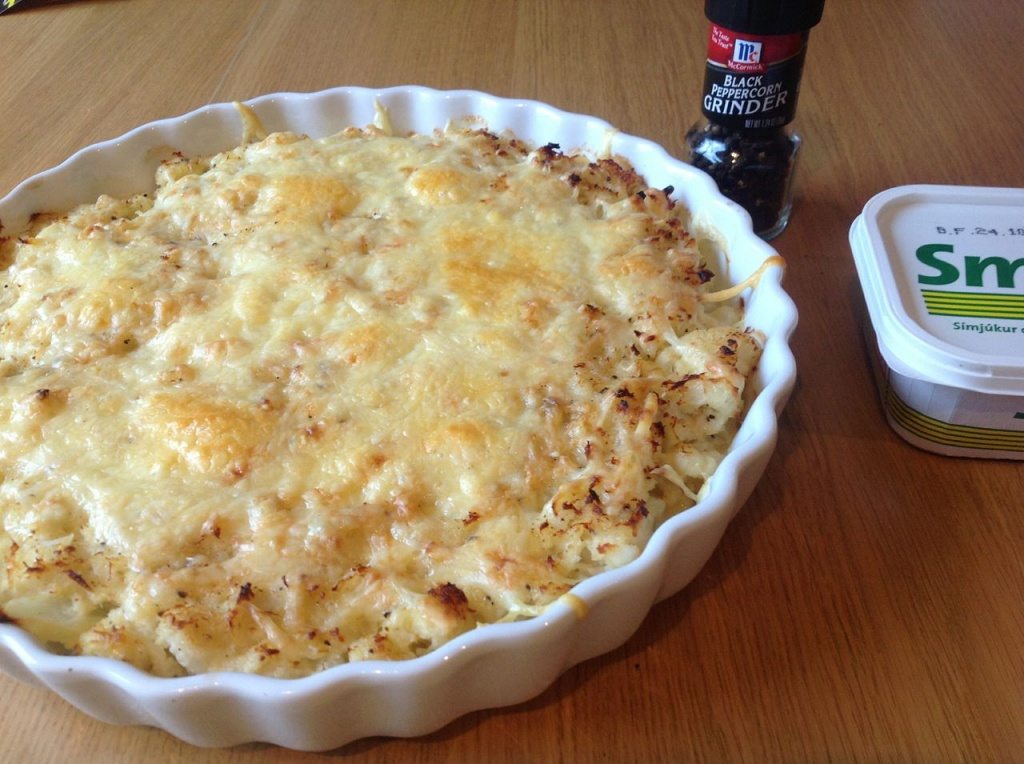 Use the same recipe as above, with a few small additions that will turn this dish from classic to deluxe. First, heat the oven to 200°C. Before adding the flour to the cooked onion add a teaspoon of curry. Later put the almost ready Plokkfiskur into a baking pan or gratiné pan. Buy a ready made bearnaise sauce, or go all the way and make one from scratch, and pour on top of the fish stew. Then at last put grated cheese on top of it all. Bake in the oven until the cheese turns golden brown, 3-5 minutes. 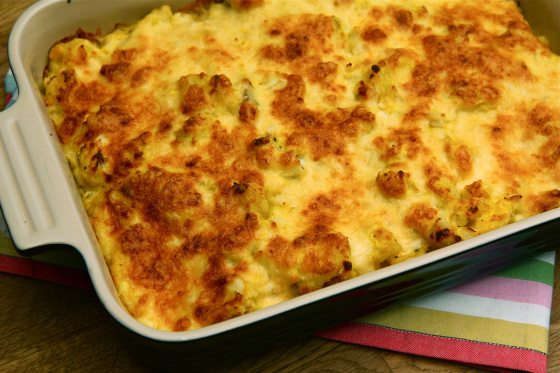 Have you ever tried Plokkfiskur?

Budget FriendlyIcelandic CultureIcelandic Food
← Things to do in and around Stykkishólmur Travel Iceland on a Budget →
Newest Popular Random
Month All Time
Is It Safe to Travel to Iceland Now? Latest Advice As Iceland Plans to Open its Borders
Everything You Need to Know About Traveling to Iceland Now
The Ring Road 2
Vegan Food in Iceland: The Ultimate Guide

Where to eat
The Best Food on the Golden Circle

Driving the Golden Circle is a great opportunity to explore local food and other activities along the way. Here are some of my favorite foodie stops along the famous route. Make sure you don't miss out!