Everything About The Famous Icelandic Band Kaleo

We all know and love their music but here you will everything about the Icelandic band Kaleo. From their start in a small town near Reykjavík to their Gold-albums and fun facts!

The band Kaleo is becoming one of the most popular contemporary alternative rock band in the world, with little under 4 million monthly listeners on Spotify and 187 million views on their Youtube video.

In 2016 they released a breakthrough album called, A/B. The album which had been recorded in Nashville alongside the renowned producer Jacquire King (famous for Kings of Leon and  James Bay, 3 times Grammy winner) completely exploded onto the scene. In the United States it certified Gold with its trio of Hit Singles, it Platinum-certified for the song Way Down we go, which as Icelanders only Of Monsters and Men and Bjork had done before them, Gold-certified with the follow up All the Pretty Girls and later the band was even nominated for a Grammy for the song No Good. Their songs have appeared in TV shows like Orange is the New Black, Greys Anatomy, The Vampire Diaries, Riverdale, Suits, Teen Wolf and the Blacklist, some of them a few times. 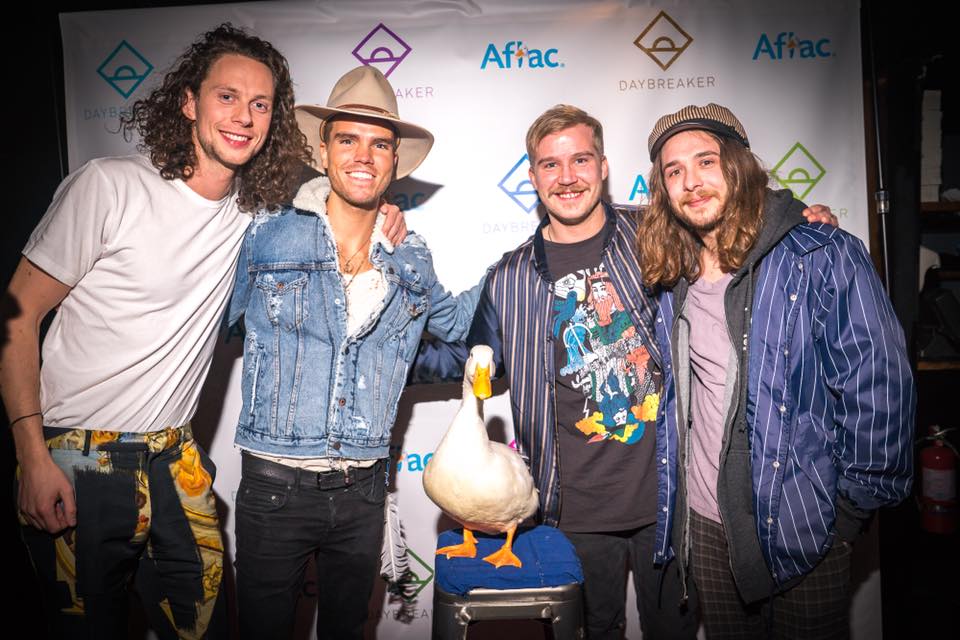 They completely sold out their first headline tour in the U.S and ended up as headliners at some of the better-known festivals such as Coachella, Lollapalooza and Bonnaroo.

But what many don’t know is that the band is actually a group of childhood friends from Mosfellsbær, a small town right out from Reykjavík the capital of Iceland. Even though they might have chosen to go by names that are more convenient for the English speaking market their names are actually:

Being best friends since elementary school the now bandleader JJ Julius Son, drummer David Antonsson and the bassist Daniel Kristjansson started to play together at a young age. At that time they called the band Timburmenn which is a phrase often used for men who are hungover. The guitarist Rubin Pollock then joined in, in 2012 and that is when they officially named the band Kaleo. Their first big steps as a band were taken at the acclaimed Iceland Airwaves music festival in 2012 and after that, there was no turning back. They captured the nation’s heart when they did a cover of the song Vor í Vaglaskógi which was originally sung by one of Iceland’s best-known singers Vilhjálmur Vilhjálmsson who tragically died young in a car accident. They ended up making a very eerie music video with their cover which to this day has 4,3 million views and 5,6 million on the upload which has English subtitles.

This song cover was also featured in the first episode of season one of Trapped (Ófærð), an Icelandic TV series featuring Olafur Darri and directed by Baltasar Kormákur. At the end of 2012, Kaleo had signed their first record deal but it was with Iceland’s largest record deal company called Sena Live. Kale’s self-titled debut ended up going gold in Iceland, spawning five number one hits and resulting in their first ever tour outside the country. Their first tour was the European tour.

Kaleo’s music is very influenced by folk and blues and JJ has said in interviews that he was likely born in the wrong decade. He is very into delta blues and music from the 60s and 70s and his father urged him to listen to music from a young age. He used to give him albums from the Beatles, Carlos Santana, and Jimi Hendrix. JJ writes most of the band’s songs and says that his most famous artists are Jim Morrison and Jimi Hendrix.

Kale’s most famous songs are:

During the year 2014, Kaleo started gaining even more attention, this time for the song All the Pretty Girls. The song garnered over 87 million listens on the player Spotify and a year later the band had signed a new label.

The label was Atlantic Records and subsequently, the band had to relocate and officially moved to Austin, Texas. This was quite a swift for the boys who at this time were all 25 years old and moving from the first time out from little Iceland. Luckily, this seems to have been the right move as throughout 2015 things just kept going up with increased attention from all over the U.S. The band was even featured in Esquire magazine as one of the “40 Band You Need to Hear”.

The song All the Pretty Girls also jumped the ranks and peaked at number nine on the Billboard Adult Alternative Songs Chart. To follow up on the buzz and success Kaleo released three more singles; Way Down We Go, No Good and I Can’t Go On Without You which were all going to be a part of their upcoming breakthrough album A/B. The first single Way Down We Go gained critical acclaim right from the start and reached Gold in the U.K., Ireland, Germany, Belgium and South Africa, Platinum in the US, Russia and Australia and Triple-Platinum in Canada. 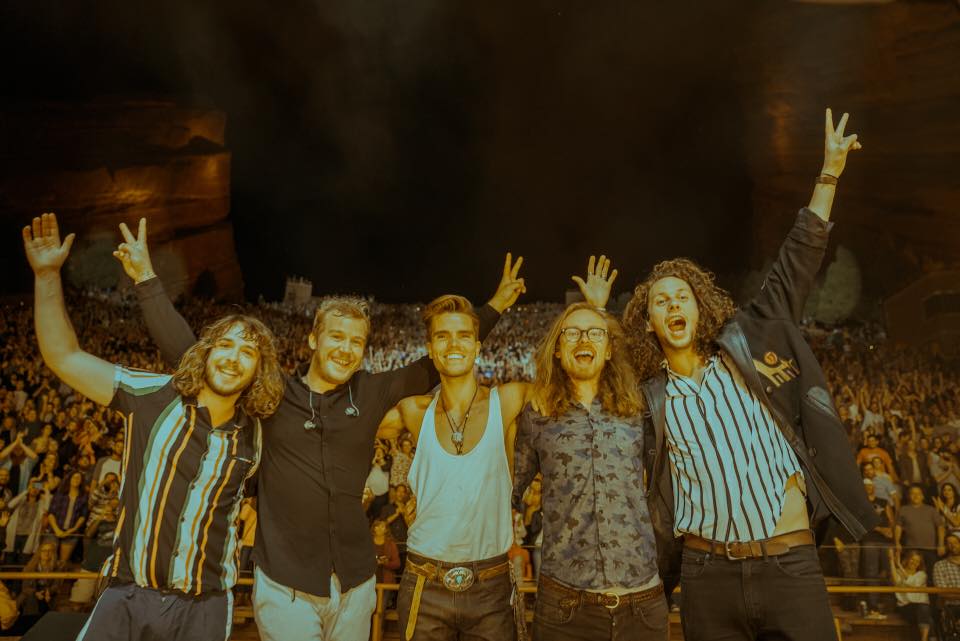 The album was then released worldwide in June 2016 and rocked all Billboard lists and following the band embarked on the Handprint tour. The next tour was nicknamed the Express tour but was actually 1 month longer than their first tour. It started in California and ended in Moscow, Russia.

The band has mainly toured around the United State since appearing in late night shows and even Good Morning America.

August of 2018 was quite a big month for the band as their song All the Pretty Girls certified as Gold in the United States and the band teamed up with the Wildlife Fund on a Video Series to raise awareness and support for WWF’s global conservation efforts to safeguard wildlife and wild places.

Their newest album is awaited and will be released in 2019.

Fun Facts about the band Kaleo

What does the name Kaleo mean?

Many probably think that the name is, like the band, Icelandic but that is actually not the case. The name of the band, Kaleo is taken from Hawaii and means the sound or the voice. 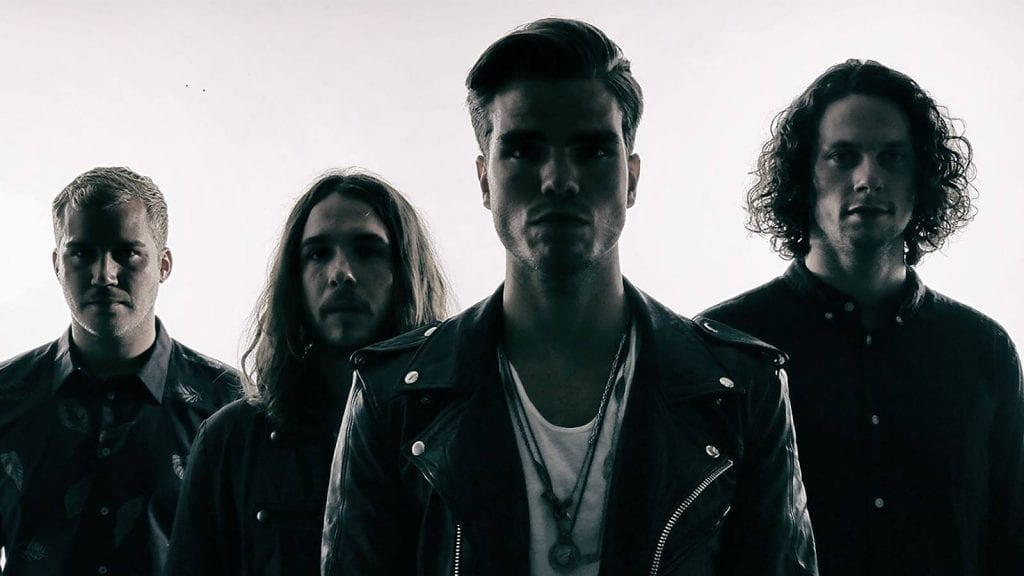 The word Kaleo also exist in Greek and means to called upon or invited by the gods but Kaleo is actually also found in the New Testament where it is described as the opportunity we have to recognize our God who is actively seeking our attention.