An exciting whale watching boat tour and the attractions of the Golden Circle. See Geysir, Þingvellir National Park and Gullfoss waterfall - for a truly magical day trip from Reykjavík.

Adding an exciting whale watching tour to the famous Golden Circle will give you quintessential Iceland in a day. This tour has it all - great history and amazing geology at Þingvellir, a spouting geysir, the thundering Gullfoss waterfall and an exhilarating boat tour in search of majestic whales. 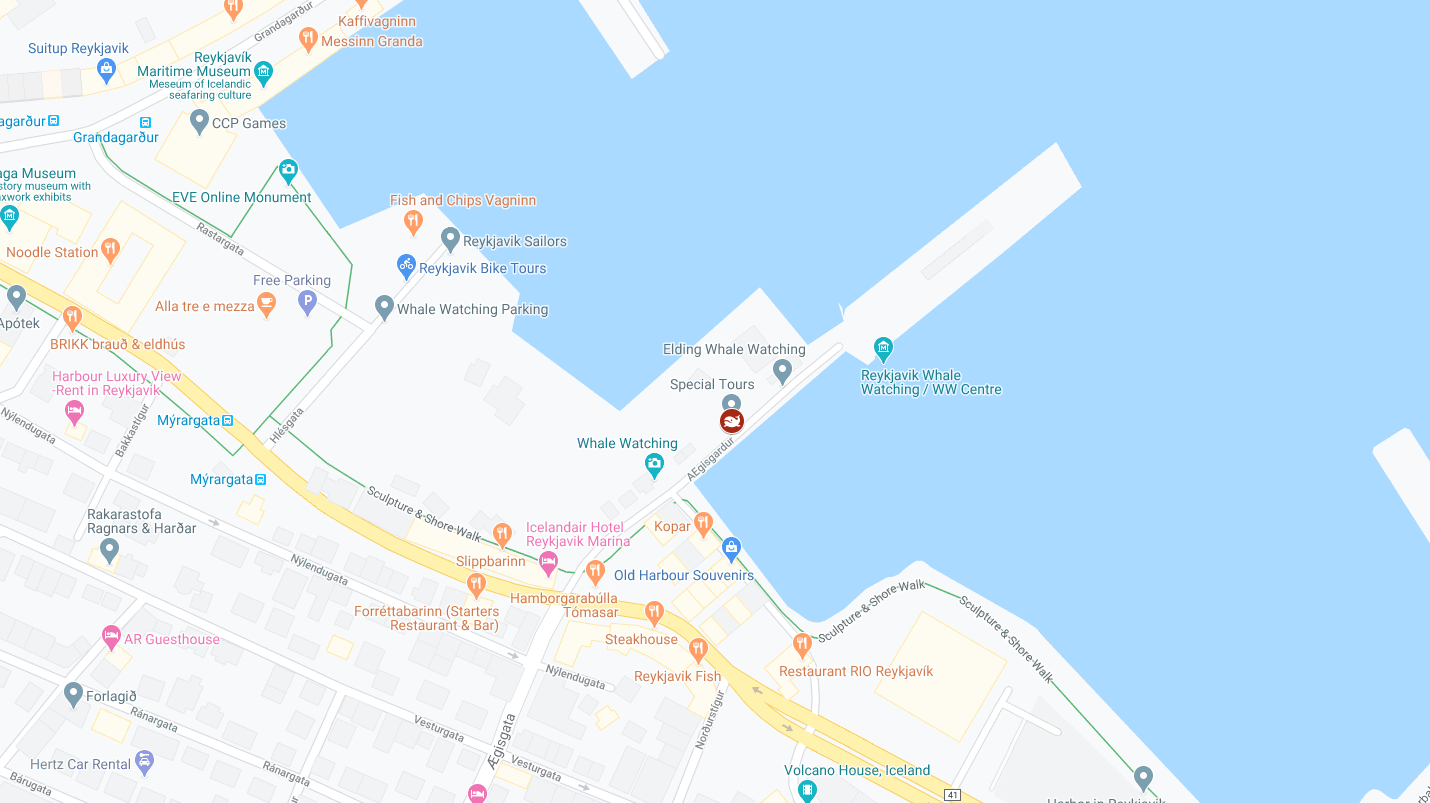 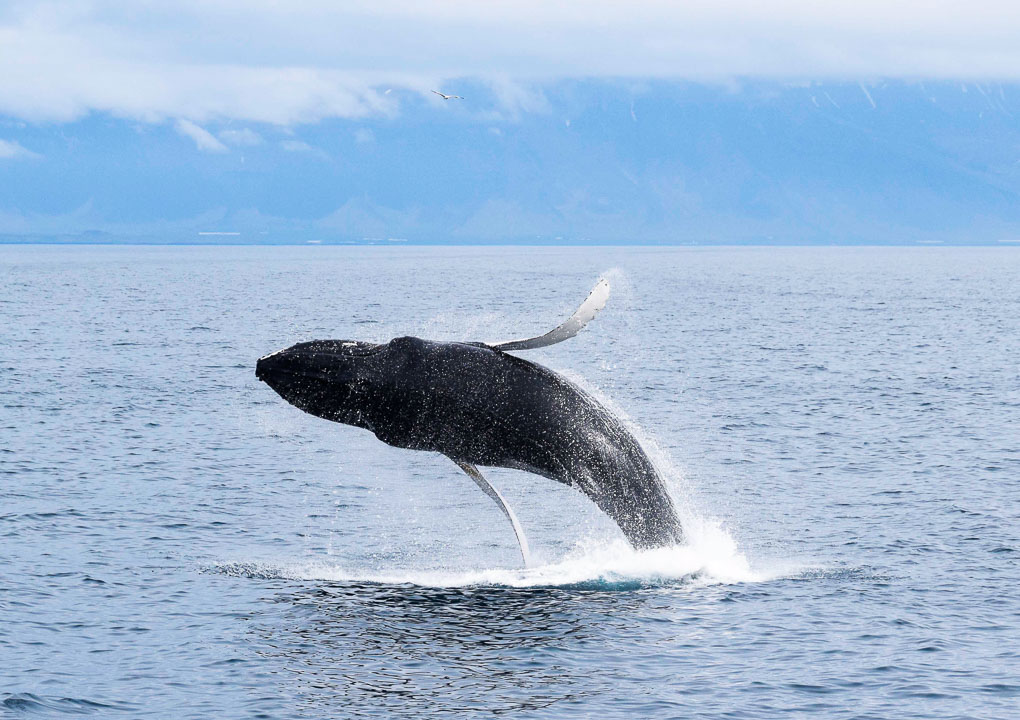 Our specialist whale watching guides provide a lot of information so you can learn all about whales and other abundant marine wildlife as you travel across Faxaflói Bay. Weather and sea conditions play a big role in what you will see – you will always go to the best place to see whales, usually, this will be within 15 km of the harbor. The friendly and knowledgeable crew do their very best and whales are sighted on 90% of boat tours. The moment when you spot that whale is absolutely magical – you really do feel like the cat which got the cream! Minke and humpback whales are most often seen, sightings of dolphins, porpoises and other sea life are also very common.

On very rare occasions, when the weather or our quest for whales demands it, the boat may even depart from another harbor such as Keflavík, Hafnarfjörður, Sandgerðir or Grindavík – for us, it is really important to give you the best chance possible. Insulated suits are provided to keep you cozy, ample seating is provided, hot drinks and refreshments are available from the onboard café.

After your whale watching trip, you will be picked up for the Golden Circle part of the tour from the Special Tours Ticket Office. The Golden Circle is the most famous tour in Iceland, with three fabulous natural attractions. Geysir is home to Great ...)

After your whale watching trip, you will be picked up for the Golden Circle part of the tour from the Special Tours Ticket Office.

The Golden Circle is the most famous tour in Iceland, with three fabulous natural attractions. Geysir is home to Great Geysir, the erupting hot spring which gave us the English word ‘geyser’ to describe this activity. Great Geysir is not active nowadays, but a nearby erupting hot spring, Strokkur, can be relied upon to erupt great volumes of hot water and steam up to 25 m high every 5 to 10 minutes. Gullfoss is the most often visited waterfall in Iceland, the name means ‘Golden Falls’, and you will see the golden-hued spray as the roaring torrent crashes through the canyon. The cascade drops 32 m in two stages, pivoting dramatically as it does so, the glacial Hvítá (the White River), flows very powerfully through Gullfoss, you will feel the spray in the air quite some distance away.

Þingvellir National Park is a geological and historical wonder, listed by UNESCO as a World Heritage Site. Alþingi, the Icelandic Parliament was founded here in the year 930, making it the oldest still operating parliament in the world. It was here that the greatest decisions directing the fate of the Icelandic nation were made in the olden days. You can stand in the spot where the Law Speaker, the supreme Chieftain of Iceland, recited the law and delivered dramatic verdicts. A rugged rift valley runs through Þingvellir, this was formed by the Eurasian and North American tectonic plates slowly moving apart, something which is still happening. Where else can you stand between two continents?

Pick up is at 08:00 from our available Reykjavik pick-up points. Picking everyone up can take up to 30 minutes but you do have to be ready at 08:00. Available pick-up points: Arctic Adventures’s pick-up list. Return time: The tour returns to Reykjaví...)

Pick up is at 08:00 from our available Reykjavik pick-up points. Picking everyone up can take up to 30 minutes but you do have to be ready at 08:00.

Return time: The tour returns to Reykjavík around 19:00 in the evening – in Iceland the weather can influence schedules.