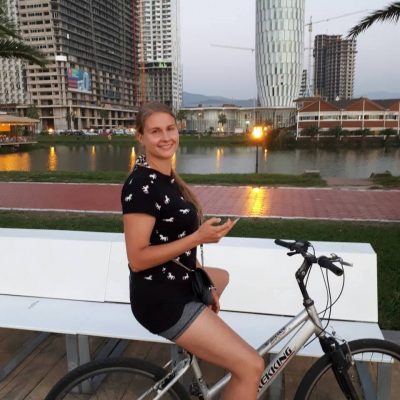 Interview With a Professional Diver: Why Iceland Should Be Your Next Diving Destination

When Nick Reeves finished his diving instructor training in Thailand, he expected that he would train two students at a time. For his first-ever instructor job in Egypt, he instead got to train eight students, all with panic on their faces and bubbles popping up from the water. That could’ve been the end of his career.

And yet, nearly 17 years later, Nick Reeves manages some of the largest diving operations in Iceland and dives in flooded ice caves in his spare time. The Scotsman is now Operation Manager at Arctic Adventures and Dive Operations Manager at Magmadive, Iceland’s private diving company.

We caught Nick preparing for one of the largest annual diving exhibitions, Go Diving, that takes place on February 21-23 in Coventry, United Kingdom. The show brings together the most famous divers and underwater enthusiasts from all over the world.

While preparing for the diving trade event of the year, Nick talked to Adelina Kiskyte about his underwater career, revealed what annoys him the most about tourists at Silfra, and discussed how climate change affects diving.

When I was younger I had this fascination with the sea world. I really liked medicine and biology. […] I wanted to be one of those people training the whales in the big pools. Then I realized that it’s not actually very nice for the whales.

[…] When I was 17, I finished school, moved to Egypt, Sharm El-Sheikh. I found diving and didn’t come home. […] Altogether I was there for seven years. It was a very special place, lots of colorful warm water diving. I also went to Malaysia for a little while and to Indonesia.

Then I went back to the UK and worked for the devil, as we call it, the oil and gas industry. I was diving for oil and gas for a couple of years and then became an instructor teaching commercial divers.

[…] It’s never-ending what you can do with the hobby. You can become a technical diver to start doing more deep penetrations of wrecks, caving. There’s also film and videography that you can do underwater, you can also work with diver propulsion vehicles. There’s a lot you can do.

What skills and what kind of personality do divers need?

You need to be slightly adventurous. I don’t think you need to be the kind of person who’s gonna bungee jump or jump out of a plane, but you need to have that kind of spark to want to go and see what’s underwater. […]

You get different kinds of divers. Photographers are the kind of divers that are really still underwater and have a perfect position. I’ve been more on the incline, I like to have quite a bit of fun when I dive. I like to move, enjoy the freedom of the water. You get in and you can do rolly-pollies, you can swim around and if there’s a cave up there you can just… poof, off you go!

[…] Either way, you can’t panic underwater, you can’t be stressed. You can be excited though.

The thing of being underwater — if it goes wrong, it goes very wrong. But provided you are in control and you are calm and realize “yeah my equipment allows me to do these things, I don’t need to panic” then you can go and do the adventure.

A lot of people do a quick diving course on holiday and they only dive on holiday. They don’t dive for maybe 10 years after they’ve trained. They’re not quite equipped or prepared for some of the scenarios they might be going into. And that’s the job of the guide there to tell them, to help them through.

How did you end up in iceland?

When oil and gas in the UK went down, I moved to Iceland.

I found a Facebook post and I thought, “oh, I’ll just send them a message.” In about 15 minutes, I got a call back.

Half an hour later, I was handing in my notice to the company I worked for and moving to Iceland. […] I had never been to Iceland before, and, as a diver, I had only heard of Silfra Fissure. I heard that it was the pool to come to.

What’s special about diving in iceland?

It’s very different from anywhere else. I have dived all over Scotland, I’ve dived Asia, tropical waters, but nowhere with the clarity of the water that you get here at the Silfra site. […]

I would say diving around the rest of Iceland, other than the geothermal chimneys up north, is very similar to diving in Scotland or anywhere else in the North Atlantic. But when you first put your face into Silfra, it is so clear, you wouldn’t know whether you were floating or flying. It’s just beautiful.

[…] In Iceland we’ve got lots of shipwrecks. We have weird, very ugly animals underwater that are really interesting to look at and take pictures of.

For me, Iceland’s not just about diving. It’s about all the other activities that come along with the country. It’s such a unique kind of tourism they’ve built up, I’ve not seen it anywhere else.

Tour buses are going out every day, there are locations running every day. It’s never closed, everything’s ever-going.

On a day off you can just go and sit in a hot spring or climb a volcano. It’s a good place to live, to keep active. I like Iceland a lot.

What are the most common mistakes travelers make when they come on diving and snorkeling tours?

One is what I call “the last-minute packer.” I’m so bad, I do it myself. I book a flight and eight hours before the flight I’m at home putting things in the suitcase. You’re always gonna forget stuff when you pack like this. […] I see people turning up at the diving location at Silfra in flip flops and no socks and I’m just looking at them: “How did you pack..?”

If you’re coming to somewhere like Iceland or as cold as Iceland, make sure you’ve got good boots, socks, basic warm undergarments. It’s not always gonna be cold, but more likely it’s gonna have at least a day where you’ll need it.

With a lot of activities that we do, we provide all the necessary equipment, but just having those thin thermal underlayers and a good pair of socks is gonna help you a lot.

And it’s expensive to buy these in Iceland. So bring your cheap garments to wear from home and save money! You can later spend it on tours.

Yes, […] in the colder environments like the Atlantic, all the glacier melt is changing the salinity levels in the freshwater and glaciers themselves are disappearing. They are of course always to disappear eventually, but we see faster and faster rates of destruction every year.

At the moment it’s about seven meters per year over the surface area. Whereas if you go back 20 years, it was only three meters.

Are travelers concerned about climate change?

Travelers are now more self-conscious about what they do. They have reusable plastic bottles, they ask us questions like “are the manufacturers you work with responsible? Are they using paper instead of plastic?” Microplastics in the ocean are big for marine life.

What I like about Arctic Adventures [is that] as a company we’re constantly working to make sure we’re doing the part we can to maintain the environment. We’re also planting trees every chance we get, we’re trying to minimize our carbon footprint.

← Iceland Named One Of The Safest Countries To Visit In 2020 The Ultimate Guide to Driving in Iceland →
Newest Popular Random
Month All Time
15 Best Things to Do in Iceland
Inside Vatnajökull Ice Cave, Iceland’s “Anaconda Ice Cave”
Hiking Laugavegur Trail, Iceland's Hot Spring Route
The Icelandic Horse: What Makes It So Unique? 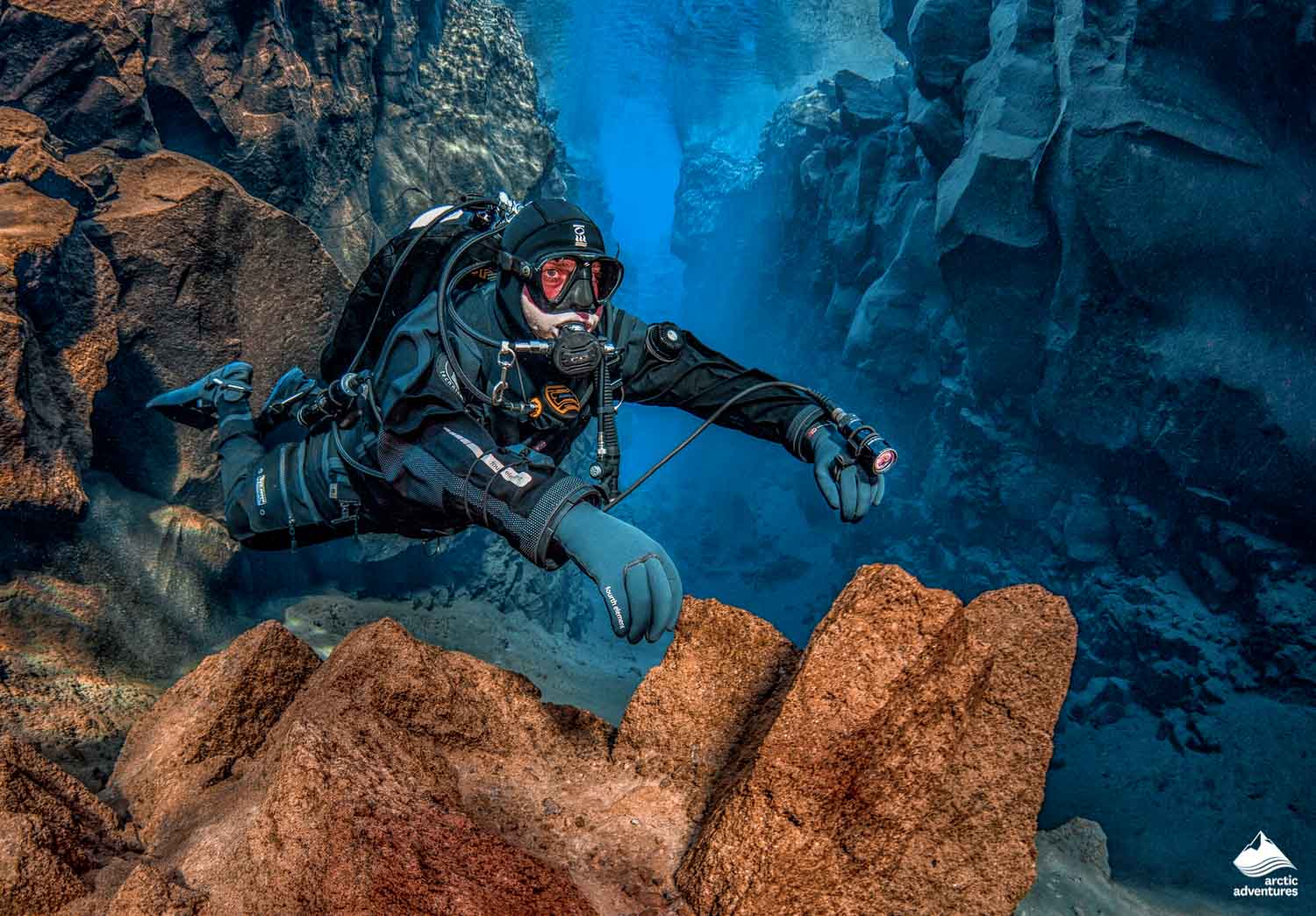 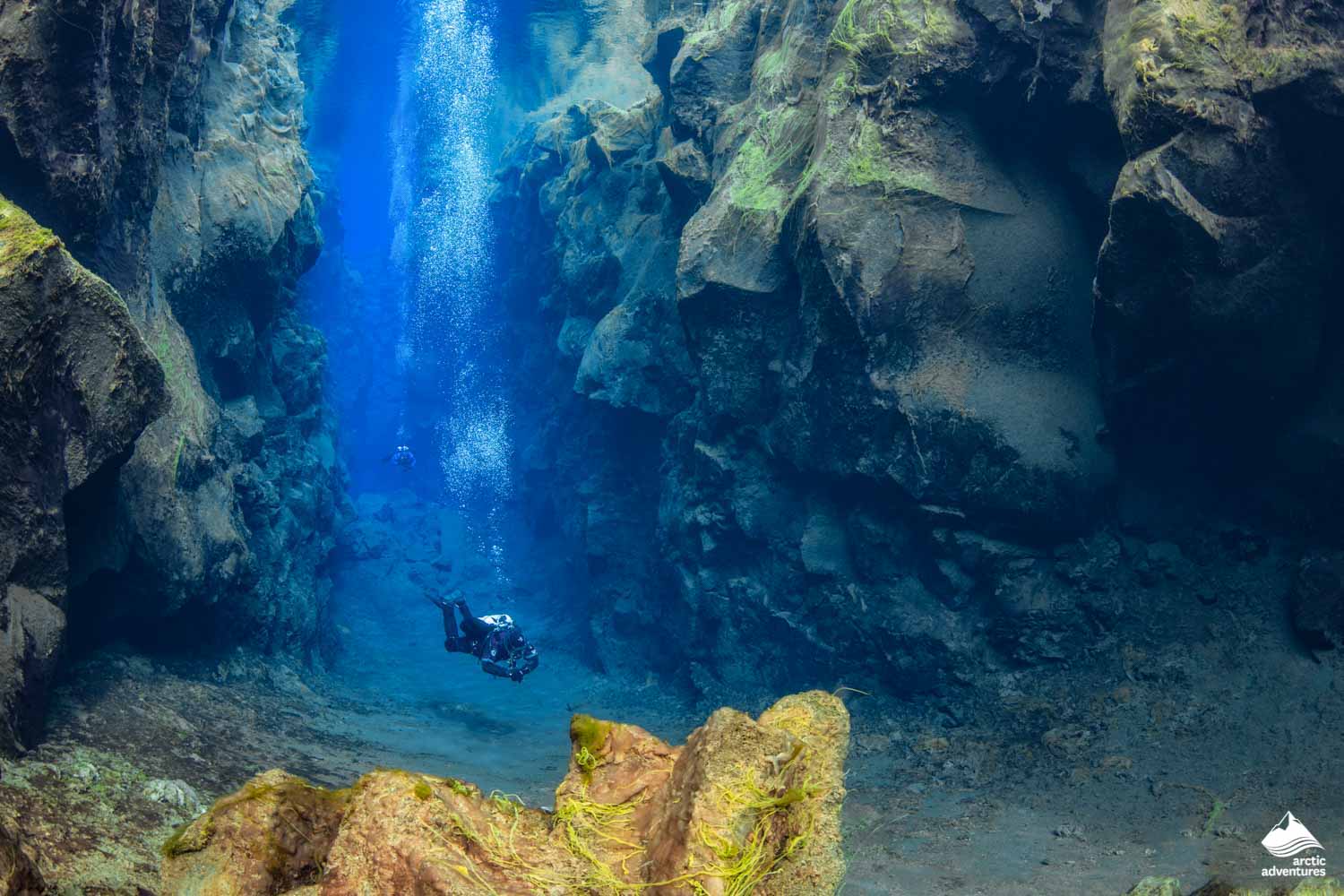 What to know
Snorkeling vs. Scuba Diving: What’s the Difference?

The Silfra Fissure in Southwest Iceland is considered one of the best snorkeling and diving spots on Earth.

October 11, 2019 , By Emma Friedlander
What to do
Snorkeling in Silfra: Everything You Need To Know

For a moment, I stop breathing. Not from fear, but from pure awe and wonder. I am experiencing a blend of deep serenity and insane euphoria.

December 6, 2019 , By Milda Varniene
What to know
What is Snorkeling? A Beginner’s Guide

Snorkeling in Iceland is one of the most rewarding activities you can do year-round at Silfra Fissure. It’s totally safe and almost anyone can do it.