The Famous Sagas of Iceland

The Icelandic Sagas are written in the 13th century but cover the history of Icelanders from the 9th century in a fascinating way. Learn all about it!

When it comes to literature Icelanders are way ahead of the curve. Not only does the average Icelander read four books per year but 10% of all Icelanders will publish something in their lifetime. These facts alone are remarkable but where does this interest come from? Why are books and written material so deeply rooted in Icelandic society? Here we will engage in this discussion and look back into the Icelandic Sagas to find the answers.

The beginning of Icelandic Sagas

The tradition of storytelling has been strong in Iceland since the settlement and it seems as if Icelanders started writing the stories down as soon as they knew how. The most famous of them is a collection of family sagas written in prose narrative of events that took place from the 9th to the 11th century. This time period is often called the Saga Age or the Viking age and the writings about them are the best-known examples of early Icelandic literature.

These detailed descriptions play an important role in Iceland’s heritage and Icelanders are still to this day very proud of them. The Icelandic Sagas are history focused especially comprehensive when it comes to genealogy and family connections. They follow the struggles and conflicts that arose in the community of the early settlers and trail the next generations as they take on the same.

However, even though the material is mostly covering about the 9th to the 11th century it was actually not written until the 13th century so some of the stories have obviously been altered a bit. The long-lived Icelandic oral tradition of telling stories at night in the common rooms kept the stories alive but might also have been the cause of some of them being quite unbelievable. The authors behind the Icelandic Sagas are also unknown even though historians have contemplated who they think is behind them. One of the most well-known instances of this occurring is in the case of Egils Saga but many think it is written by the one and only Snorri Sturluson who also happens to be the man behind Snorra-Edda or Eddu-Kvæði.

Fun Facts about the Icelandic Sagas

The Icelandic Sagas in English

It is fascinating to learn that you can actually read about life in Iceland from the 9th century and that these accurate descriptions created a base so great that today’s genealogical and family history can be traced all the way back to these times. Most Icelanders can actually trace themselves back to the settlers through a genealogy website called Íslendingabók which largely built on the information provided in the Icelandic Sagas. However, all of this information and the fact that Icelanders can so well trace their heritage doesn’t really give anyone else an insight. After all, if the information is all in Icelandic what good will that do? Well, fear not. The Icelandic Sagas are all available in multiple languages and have been translated to English, German, French and other Scandinavian Languages.

The Guardian describes the Icelandic Sagas this way: “As tragic as Shakespeare, as colorful as The Canterbury Tales, as enduring as Beowulf, as epic as The Iliad and eminently more readable than The Holy Bible.”

If you are interested in reading the Icelandic Sagas you can easily order the collection or a singular story online, visit a bookstore when in Iceland or maybe just read them online where they are all available for free! It is safe to say that the literary world of the Icelandic Sagas is your oyster!

What you can find in the Icelandic Sagas

Are the Icelandic Sagas True?

Here we have a question that will be difficult to answer in a clear-cut way.

The Icelandic Sagas are written about 200 years after they are supposed to have taken place. During these two centuries, they were maintained through oral traditions. It is a fact that Icelanders like to exaggerate and there is a saying in Iceland that goes like this “a good story should never have to suffer for the truth”. That being said, Egill Skallagrímsson was probably not three years old when he rode a horse to a party, drank beers and recited poetry. Gunnar á Hlíðarenda is also not likely to have been able to jump twice his height in full armor. However, these ‘white little lies’ were mainly placed there for entertainment purposes and the people that story talks of actually existed and the events did occur. The story does give an excellent portrayal of life in Iceland during this time, the importance of kinship and honor, the change between religions and rivalry.

However, maybe it doesn’t have to be a full truth. We know that the most important things are true and the rest, well those bits simply make the story more fun! 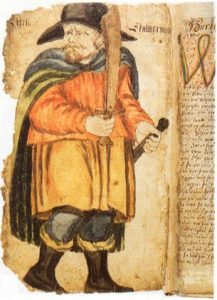 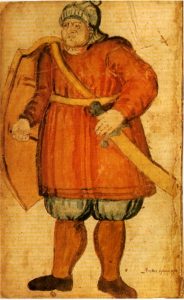