Experience the filming locations of the famous Game of Thrones series in Iceland. We go in the footsteps some of your favorite characters in the magical landscape of Iceland

If you have seen Game of Thrones you will love this tour! We go to the filming location of Game of Thrones in Iceland. You will experience the beautiful landscape of Iceland just like the cast members.

Availability All Year
Duration 8 hours
Departs From Reykjavik
Level Easy Suitable for most people in fair condition.
Minimum age No min age
Meet on Location No
Pick Up Yes

BOOK WITH 10% DEPOSIT
Worried that your travel plans might change? Book your tour more than 21 days in advance with a 10% deposit & pay the rest 14 days before departure. Alternatively, you can pay full price and get a 5% early bird discount! Contact our customer care to use these payment options. 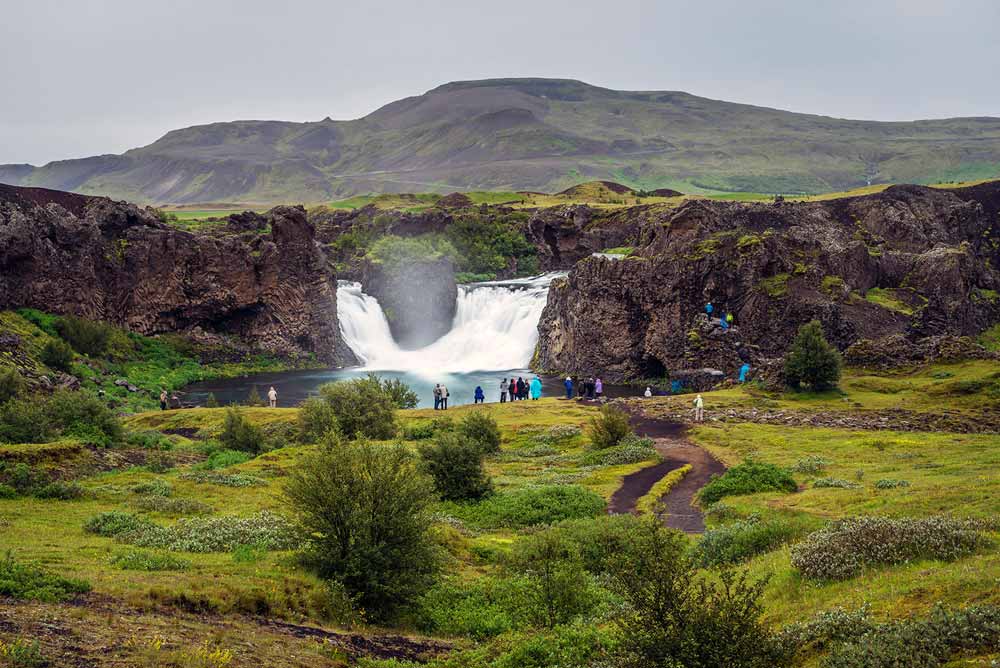 Game of Thrones scenes has been filmed in various location around Iceland throughout season 2, 3, 4 and now also season 7. In the show, you are able to spot gorgeous Icelandic landscapes, with majestic waterfalls, rocky lava fields, icy blue glaciers and so much more. The filming has been taken place both during summer and winter, to capture a genuine feeling for the scenes, the crew had to pick not only the perfect locations, but also the perfect season for filming. The directors of the show have been talking about how they value great film location, to give the scenes an authentic look instead of trying to recreate and add special effects.

Most of the scenes from beyond the wall, where you follow the story line of Jon Snow, Ygritte and the Free Folk (Wildlings, Thenns), and the landmarks of the Land of always winter such as Frostfangs, Thenn and Fist of the First Men are filmed in Iceland.

Wether you are massive fan or maybe not even heard of the show, this tour will not only provide you sweeping views, and a great variations of the Icelandic landscape. You will also take part of the stories our professional guides have to tell about each location.

Arya Stark and The Hound, on their journey to The Bloody Gate (S4E08)
Lord Baelish and Sansa Stark, walk the same way to get to Eyire. (S4E05)
The fight for Arya Stark between Laydy Brienne and The Hound. (S4E10)
When Arya Stark is on her way to find a ship to Braavos, after leaving The Hound. (S4E10)
When Styr is introduced, Wildlings and Thenns meet in the canyon. (S4E01)
Wildlings and Thenns attack what is often called Olly's farm/village. (S4E03)
When the Dragon hunts for goats. (S4E06)

The tour will start with pick up in Reykjavik at 9:30 am. We visit the stomping ground of White Walkers and the trail of Widlings from North of the Wall at Thingvellir National Park. You get to know what the symbolic significance of the National Park...)

The tour will start with pick up in Reykjavik at 9:30 am. We visit the stomping ground of White Walkers and the trail of Widlings from North of the Wall at Thingvellir National Park. You get to know what the symbolic significance of the National Park is to the plot of Game of Thrones, as well as historic information about the area.

We will later drive on to Thjorsardalur valley, there we will walk around the Settlement Era Viking Lodge, where the most thrilling massacres of the series took place. On the way, you will experience beautiful scenery and take part of interesting stories about the Icelandic nature as well as the Game of Thrones show.