Guide to the Sigoldugljufur Canyon

Sigoldugljufur Canyon, nestled deep in the Icelandic Highlands, is a bucket-list must for photographers and nature lovers. The beautiful canyon is en route if you’re planning a road trip to Iceland’s famed geological wonder, Landmannalaugar. 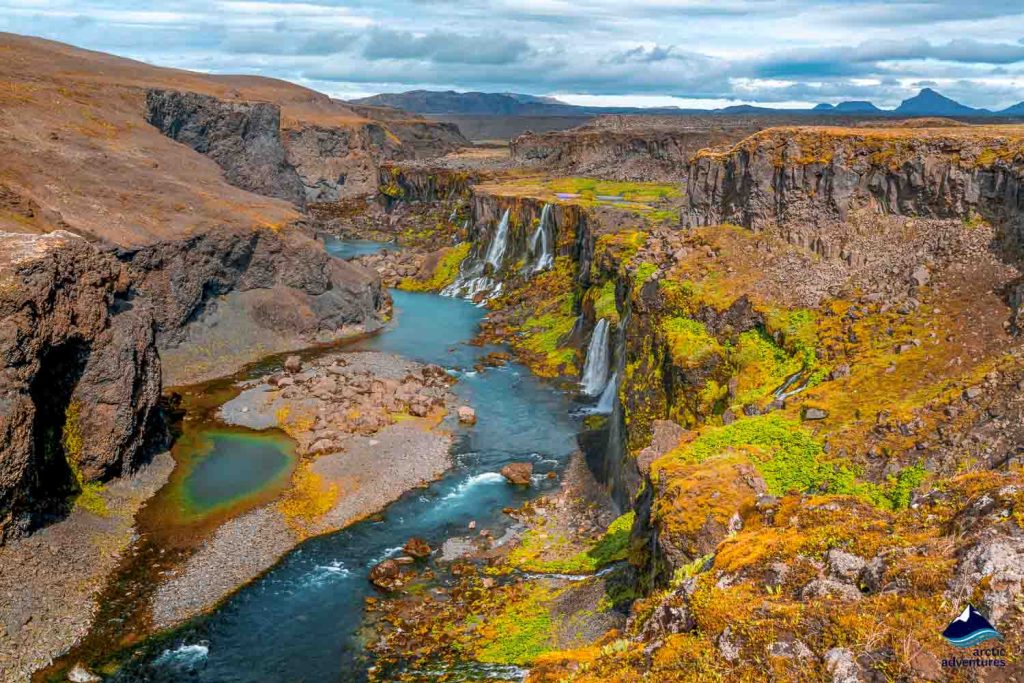 This attraction has been off the radar for a while due to its remote location and challenging accessibility through the mountain roads. While the roads to Sigoldugljufur might get bumpy, intrepid drivers are rewarded with a secret spot in Iceland known only to locals.

Sigoldugljufur offers a panorama reminiscent of ancient Greek artworks. The turquoise Tungnaá River, countless angelic waterfalls, and vibrant flora will fill your sight with awe. Miniature curves of the canyon coated with soft carpets of green moss make a striking contrast against the lunar-like landscapes of the Highlands. This is a perfect scene for those who want to snap a one-of-a-kind picture.

The Sigoldugljufur Canyon is located in the Highlands of Iceland about 172 km (107 mi) from Reykjavik. The canyon about 189 km (117 mi) from the southernmost village in Iceland, Vik and about 239 km (149 mi) from Akureyri, also known as the “Capital of the North.”

How to get to Sigoldugljufur?

To reach Sigoldugljufur, take Ring Road 1 east from Reykjavik. After passing the town of Selfoss, turn left onto road 30. Then turn right onto road 32 and drive North until you reach the F26 highland road. From there the road might get tricky, but you’re not far away.

Turn from the F26 south onto mountain road F208, which is a 4WD road that climbs up the hill. After driving the F208 a few minutes, you should pass the Sigalda Power Plant and notice a small hill shortly afterward. Go down that hill and you’ll notice a dirt road to the left. Nearby you’ll find a parking lot and from there the canyon is easily accessible on foot.

Sigoldugljufur is only accessible via F-roads, which means they aren’t paved and you’ll have to hop on a 4×4 vehicle to safely find the canyon. Keep in mind that only 4×4 vehicles are suitable for the mountain roads, and sometimes even 4×4 is not enough and an expert driver or guide is highly recommended.

Please note, the gravel roads that will take you to the canyon require special attention and slowing down the speed. More information about driving in Iceland you can find in our Guide to Driving in Iceland.

The Impact of the Power Plant

The surrounding area of the Sigoldugljufur Canyon has been reshaped by the project of the Sigalda Hydroelectric Power Station. After the Sigalda Dam was built, the water level in the Tungnaá River, which runs through the canyon, reduced significantly. However, Sigoldugljufur with its set of small waterfalls remained to beguile passers-by. When visiting the canyon, you can check out the big lake of Sigöldulón, also known as the reservoir Krókslón. 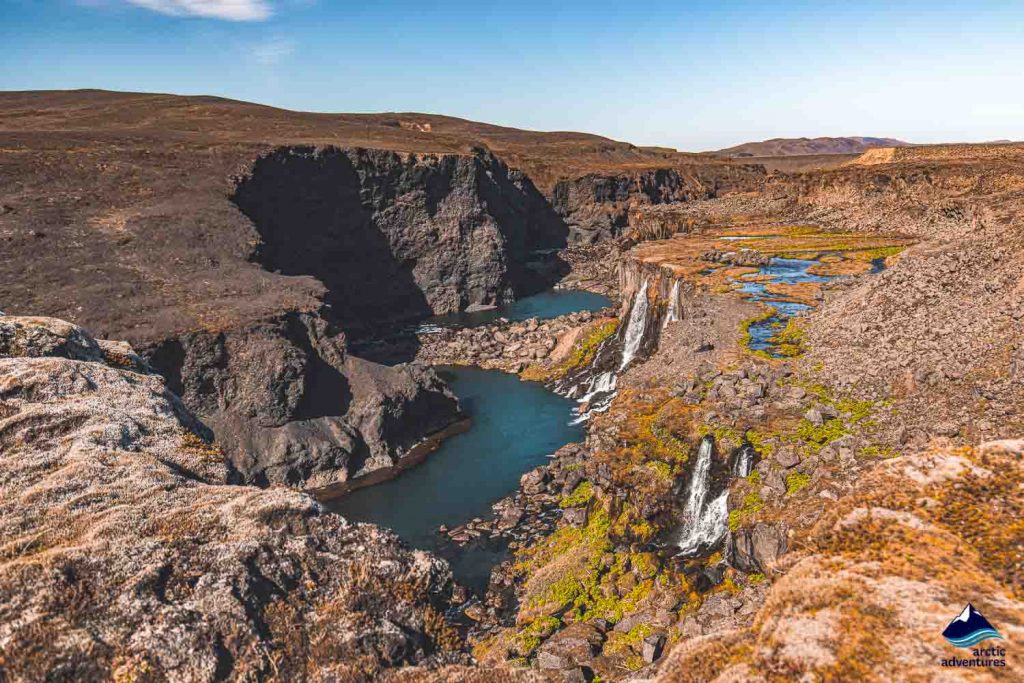 While today the Tungnaá River, which flows from the mighty Vatnajökull glacier, doesn’t flow with the same force as it once did, it transformed itself into a crystal-clear spring. When visiting the canyon, get your camera ready to capture the best of turquoise waters streaming along the cliffs. 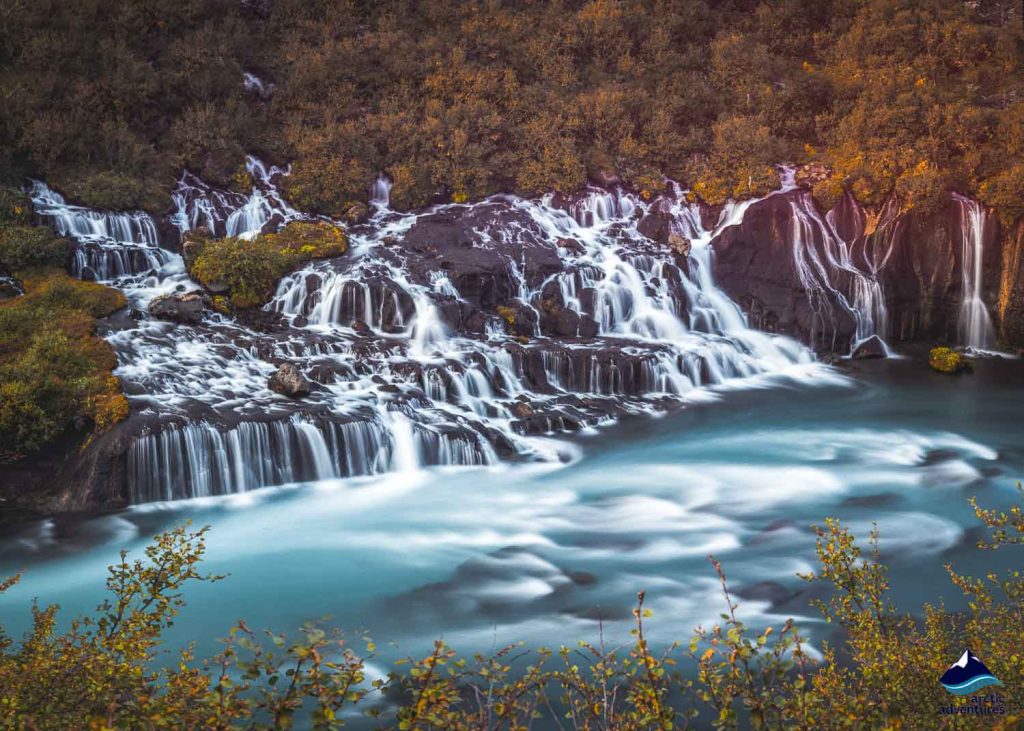 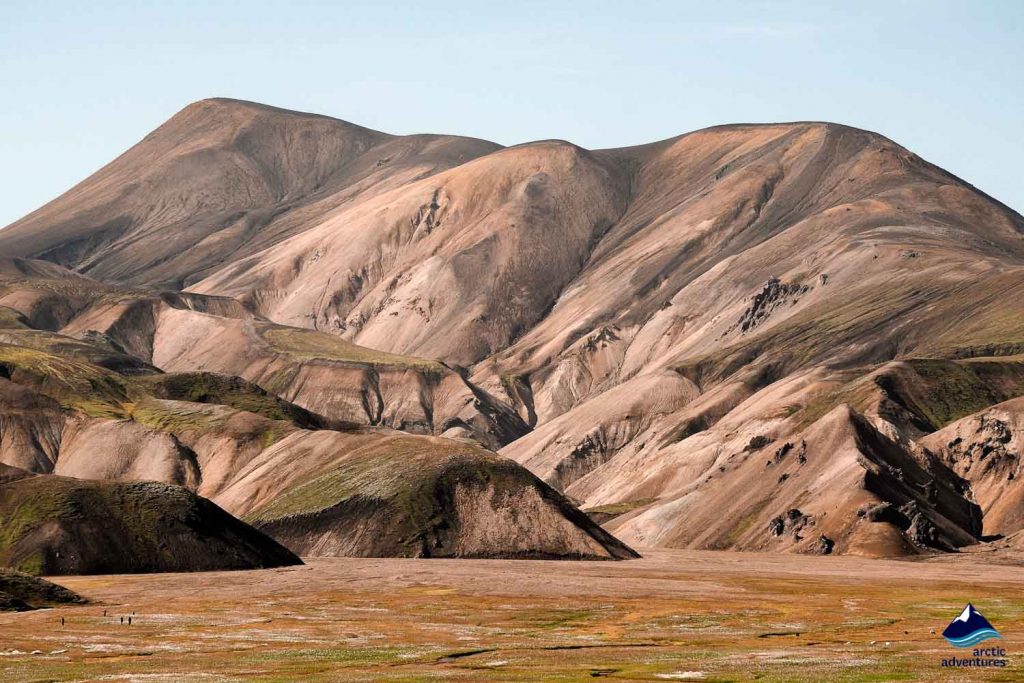 Where to stay when visiting Sigoldugljufur?

Where to eat near Sigoldugljufur?

The Highland Center Hrauneyjar, located on your way to the Sigoldugljufur Canyon, has a nice restaurant where you’ll find home-cooked cuisine. However, as the canyon sits deep in the Highlands of Iceland, we recommend you to take a lunch bag with you on hikes.

When is the best time to visit Sigoldugljufur?

The F-roads, also known as the mountain roads, are opened only during the summer and closed during winter time for safety reasons. With this in mind, the best time to visit Sigoldugljufur is during the summer season (starting in June) when the mountain roads are in good conditions for traffic. Since opening times are highly dependent on weather conditions that might vary during the year, you should always check the opening schedules of F-roads before embarking on an adventure.