Iceland’s Elephant Rock is an incredible rock formation found in the remote Westman Islands or Vestmannaeyjar. It is not one of those things that you need to ‘look just hard enough’ to see it but one of those sights that will have you completely astounded in a split of a second. In front of you is a petrified elephant and there is no denying it!

How did the Elephant Rock Form?

To believe that the enormous rock was formed naturally is quite difficult, especially once you have been face to face with the giant elephant. But nevertheless there are no records of an elephant ever stepping foot in Iceland so we best believe it. The Westman Islands are formed in a series of volcanic eruptions occurring under sea level. This is quite common in Iceland and surrounding areas as the island is located right at the split between two continental plates. Subsequently, there is rather a lot of earthquakes and eruptions happening and for the locals, this is just daily life. The biggest of the Westman Islands is called Heimaey, that is the only inhabited island of the cluster. Right at the center of Heimaey is a volcano. The volcano is called Eldfell and is quite active, often causing the locals troubles. 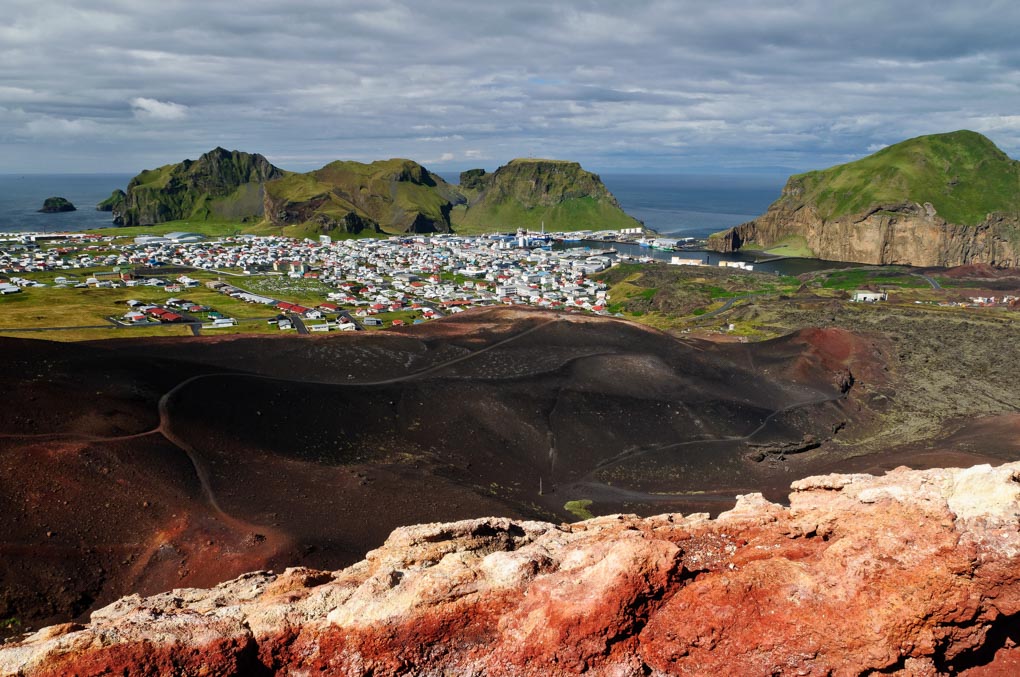 The last significant eruption occurred in 1973 when Eldfell went off, almost without warning, causing lava to flow over larger parts of Heimaey island. The islands had to be evacuated and the home island was left deserted until the eruption has stopped. This is one of the most memorable events in the late 19th century and was life-altering for many of the Islanders.

Many believe that the Elephant Rock was formed in this very eruption which enlarged the island by substantially.

If the elephant did in fact form in the eruption in 1973 that would make it relatively young but even so it has become somewhat of a token for the Westman Islands community. This basalt rock giant that hides its trunk in the cold Atlantic Sea is something you are not going to want to miss! 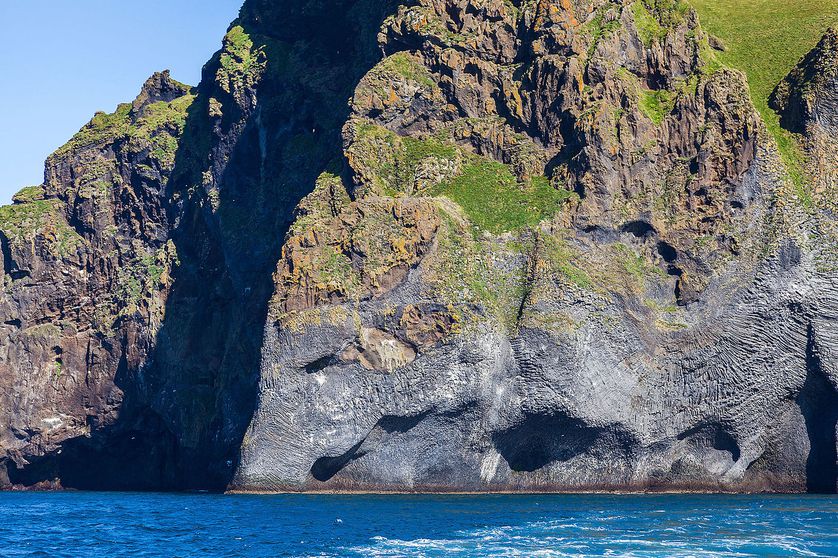 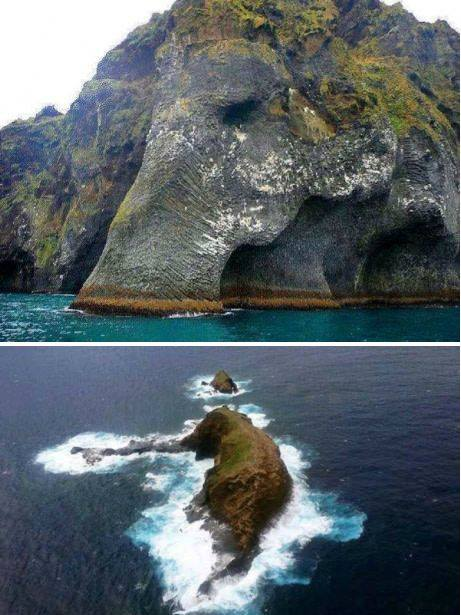 The aerial view is incorrect

Where is Elephant Rock located?

The Westman Islands are an archipelago of about 15 islands off the South Coast of Iceland. Only one of the islands is inhabited, that is the largest of the island cluster, it is called Heimaey. The Elephants Rock stands tall out from Heimaey surrounded by other sea cliffs and smaller islands.

How to get to the Elephant Rock?

To get to the Elephant Rock you will first need to make your way to the Westman Islands. This can be done either by boat or by flying. 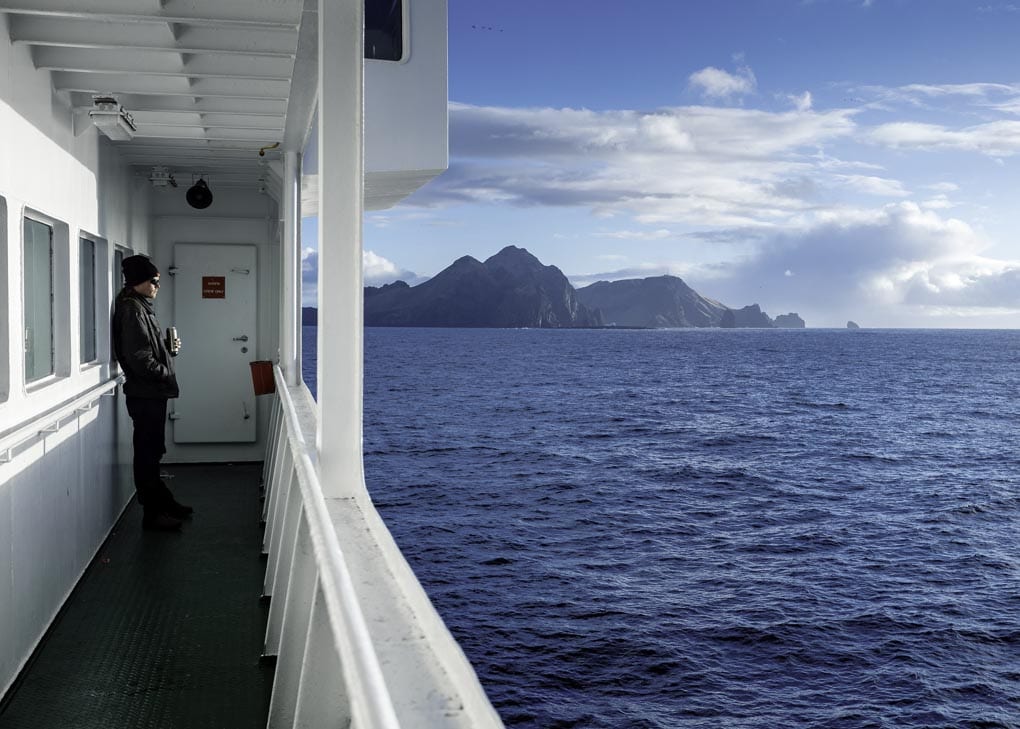 If you choose the boat option you will need to find out from which port Herjólfur (the boat) is leaving on this particular date. During summer Herjólfur is most likely to depart from Landeyjarhöfn which is located close to Seljalandsfoss waterfall but if you are planning on visiting in winter or when the weather is rougher the boat might depart from Þorlákshöfn. If it departs from Þorlákshöfn the boat ride will take 3 hours but leaving from Landeyjarhöfn only about 30.

Whichever way you choose, once you have arrived in the Westman Islands you will need to book a Rib Safari tour or a boat ride around the island. There is no way of seeing the Elephant Rock walking around the island. You must go by boat. Still, the sight is well worth the effort!

What to do around the Elephant Rock 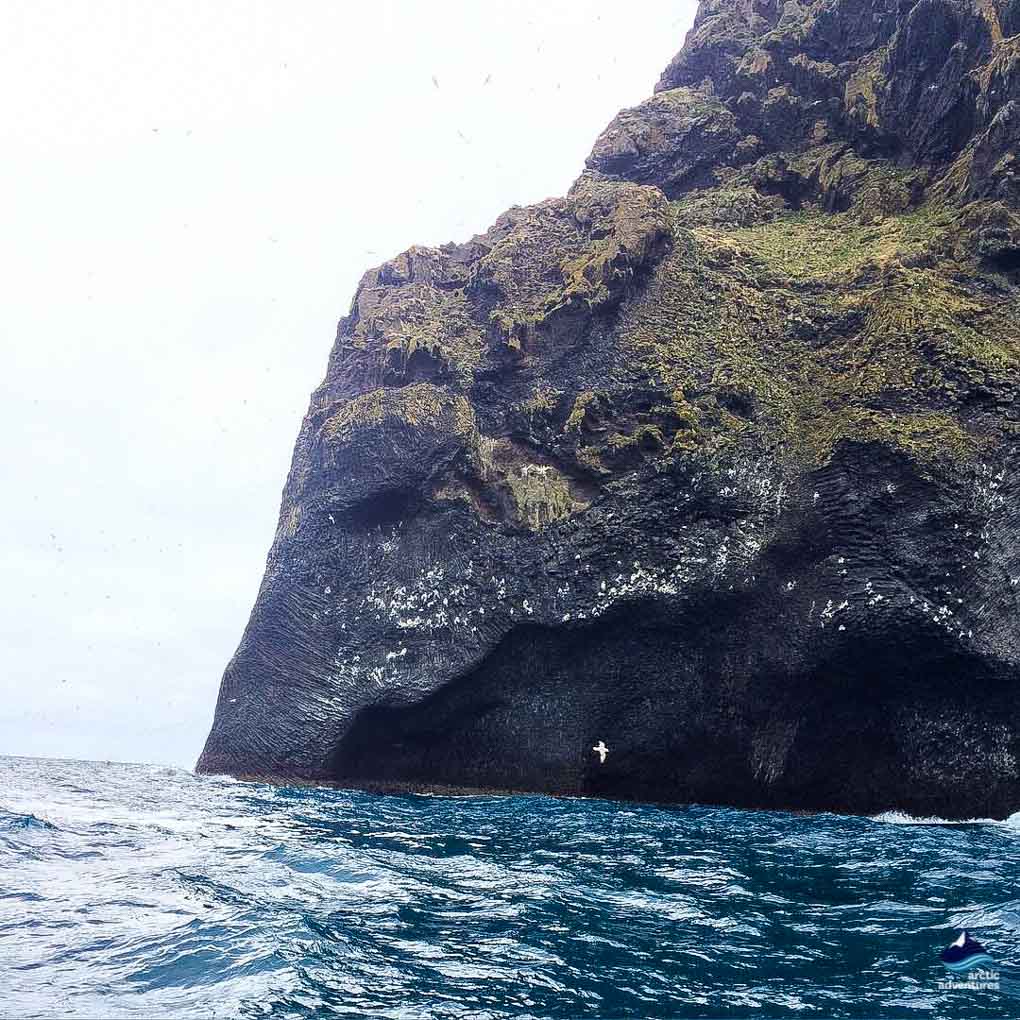 Where to eat near Elephant Rock 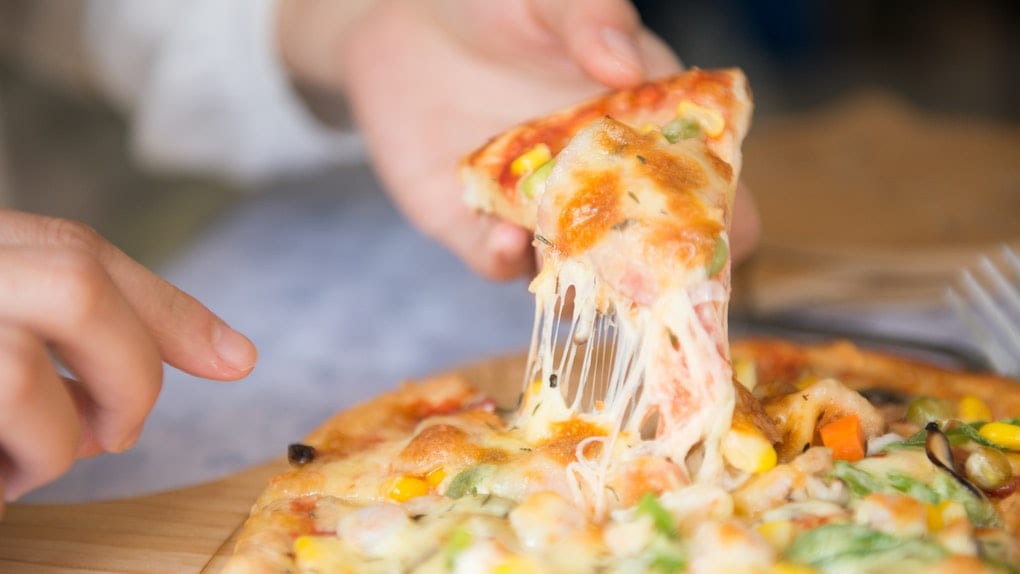 Where to stay around Elephant Rock

The Camping opportunities in Westman Island are great,  you can even go glamping!

Herjólfsdalur Camping Ground a lovely place tucked away in the secluded Herjólfsdalur valley. The facilities include showers, toilets, washing machines and dryers, a cooking station, electricity (950 ISK) and a playground for kids.

Clamping / Small Cabins is a fantastic option for those looking to get in touch with their nature site without having to drop too much comfort. There are two different housing options, one is a large barrel and the second an A-shaped cabin. They are located right next to the camping ground in Herjólfurdalur Valley.

Price: starts at 7900 ISK per night for 2 persons (without bedding).

Interesting places near the Elephant Rock