Dalvík is an incredibly charming fishing village in the North of Iceland only about an hour’s drive from Akureyri, which is often referred to as the capital of the area. The village sits at the eastern coast along the fjord Eyjafjörður, framed in with mountain ranges at each side. The peninsula it sits on is named Tröllaskagi but that would translate to „Troll’s peninsula„.

The scenery around Dalvík is phenomenal, even for Iceland! The white church is one of the most picturesque and beautifully situated churches in Iceland. There are fabulous views to Hrísey, a little island in the middle of Eyjafjordur, the longest fjord in Iceland – Eyjafjörður means Island Fjord. Dalvik hiking trails will take you high up into the mountains and through deeply carved valleys. A hike to the ski lodge is steep but the views are unparalleled. Just follow the signs to Skiðasvæði, it means skiing area!

Things to Do in Dalvik

For such a small place Dalvik conjures up an amazing range of local events, cultural contributions and the amazing Great Fish Day (Fiskidagurinn Mikli), which happens early in August each year. The local fish industry provides free fish dishes for all, there is entertainment all day, a large stage is set up above the harbor and there is music long into the night. When it comes to music this small village is outstanding. It has produced no less than four Eurovision Song Contest entrants – quite a feat for such a small population.

There is an art gallery at Dalvík Library (Bókasafnið), and the Museum (Hvoll Byggðasafnið Dalvíkur) shows local history and culture. Facilities for visitors include cafe´s, restaurants, the Dalvik Beer Spa (Bjórböðin), and a swimming pool where you can relax in the hot tubs and, in winter, watch skiers gliding down the mountain. Böggvisstaðafjalli, is the Dalvík mountain where important Icelandic ski competitions have been held. A ferry offers trips to Grímsey, an island on the Arctic Circle.

Dalvík has a population of about 1500 people and the main industries are fisheries and tourism but the area is known to be one of the top spots in Iceland for Whale Watching. The village is a relatively new one, even on an Icelandic scale and didn’t form until the turn of the 20th century. The reason for its formation was the herring that filled up the fjords surrounding Dalvík. Fishermen came all over to take part in the herring golden-age and since then the village has been one of the biggest ports in the area. The port you see today was built in 1939 but before that time were only wooden piers that were always getting ruined by icebergs and bad weather. 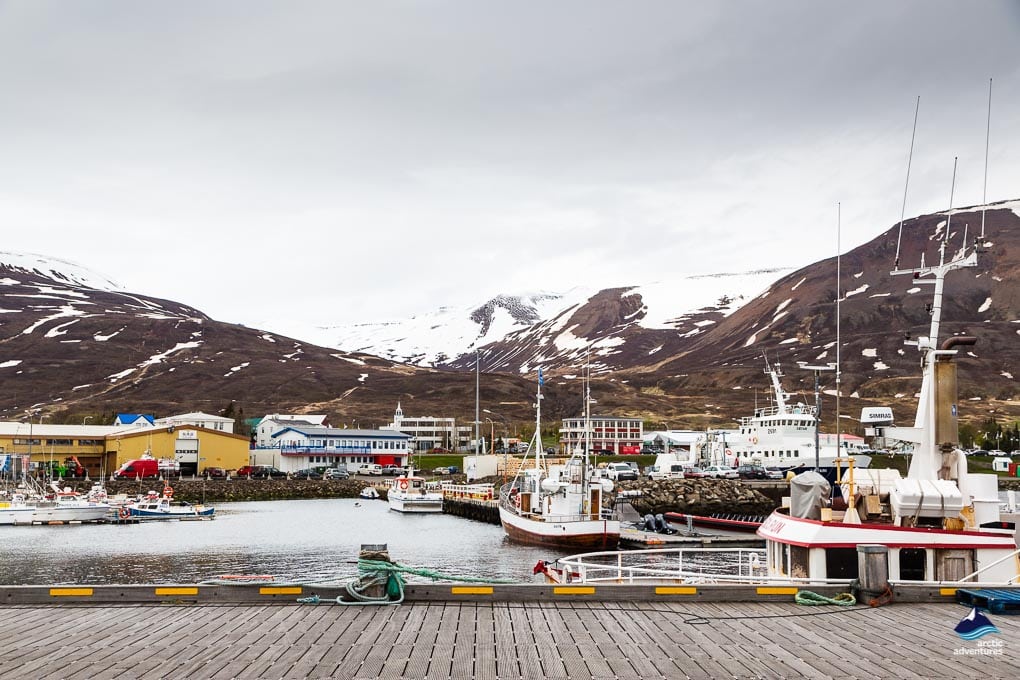 Where is Dalvík Located?

Dalvík is located at the Tröllaskagi peninsula in the Eyjafjörður fjord in North Iceland. It is about 411 kilometers (255,3 mi) from Reykjavík, 43,5 kilometers (27 mi) from Akureyri and 291 kilometers (180,8 mi) from Egilsstaðir. 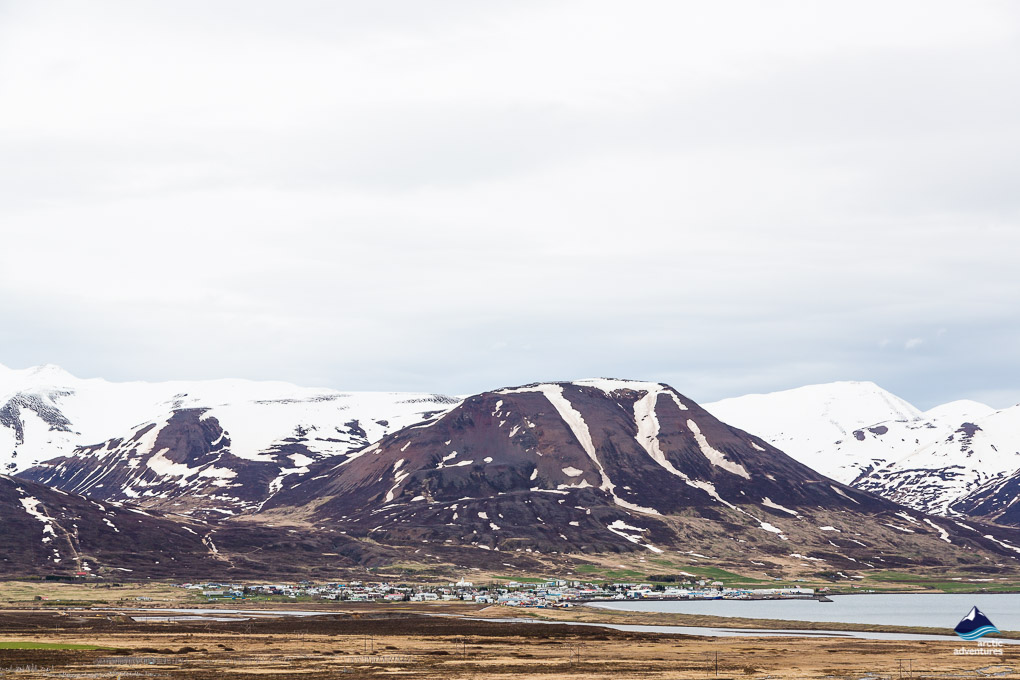 How to get to Dalvík?

There are a few ways of going about reaching Dalvík. You can take the bus, you can get a rental and drive all the way or you can catch a flight to Akureyri and rent a car or take the bus at the domestic airport.

The Bus option will pretty much take up the whole day but you will get to enjoy the views and maybe meet some new friends on the way. The bus 57 from Reykjavík to Akureyri leaves from Mjódd daily at 9 am arrives at Akureyri – Hof 3:30 pm. Then you will need to take the bus 78 at 4:30 pm from the same stop (Akureyri Hof) and will arrive at Dalvík at 4:30 pm.

The Flight option is available every day but in winter flights are often canceled due to weather so you might want to keep that in mind when planning your trip. You usually have the option of four flight daily first one really early in the morning and the last one about 8 pm. The flight time is 45 minutes.

Driving from Reykjavík to Dalvík will take about 5 hours in total but a little more if you make some well-deserved stops along the way. Driving out from Reykjavik you will be heading in a northerly direction passing mt. Esja and driving through the undersea level tunnel which crosses Hvalfjörður. After about an hour you are in the charming village of Borgarnes (ideal from lunch or snack) and will then continue through Borgarfjörður valley. The route is easy following Ring Road one all the way through Húnavatnssýsla region and Skagafjörður region before reaching the stop by the fjord where you need to make a right to Akureyri or a left to Dalvík. Make a left onto road 82 and follow the scenic route to your destination. 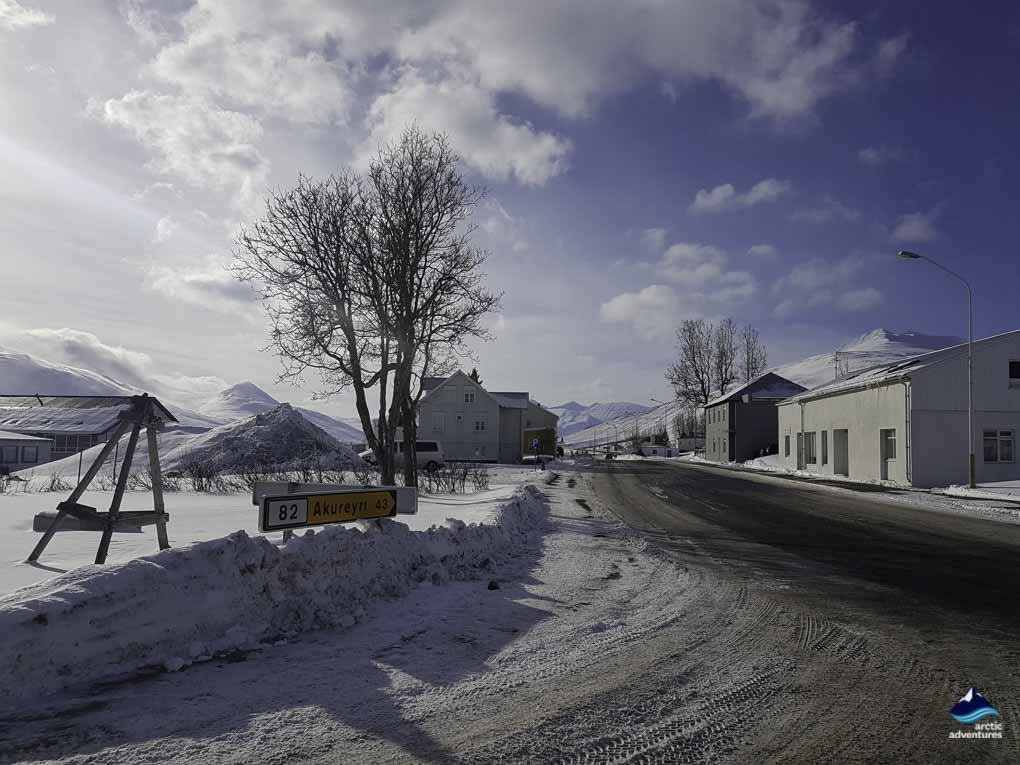 What to do at Dalvík? 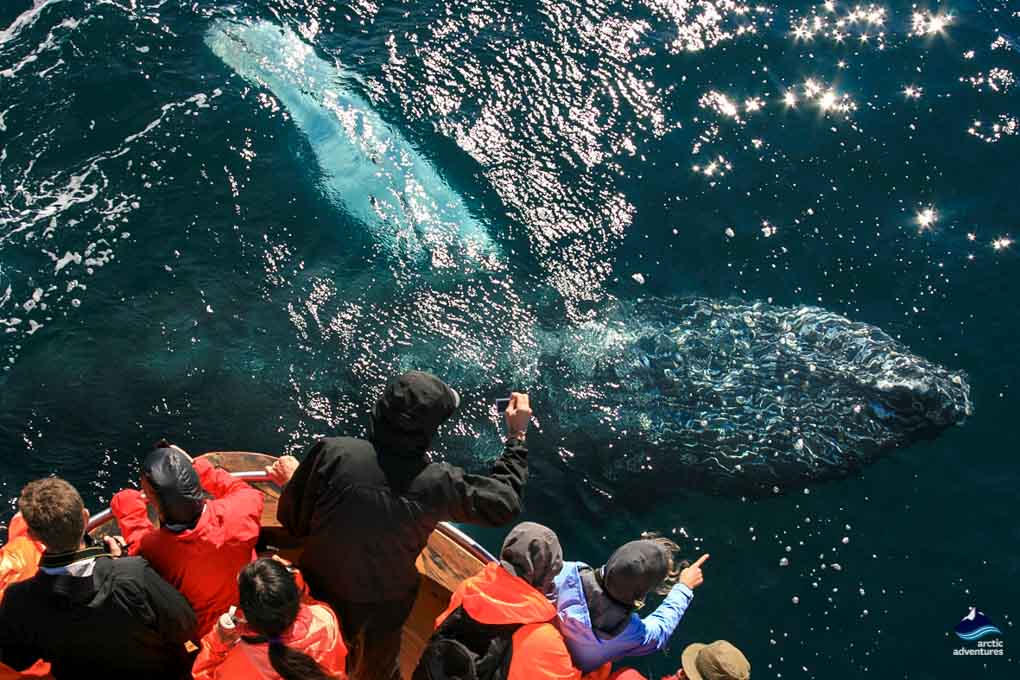 Where to eat at Dalvík? 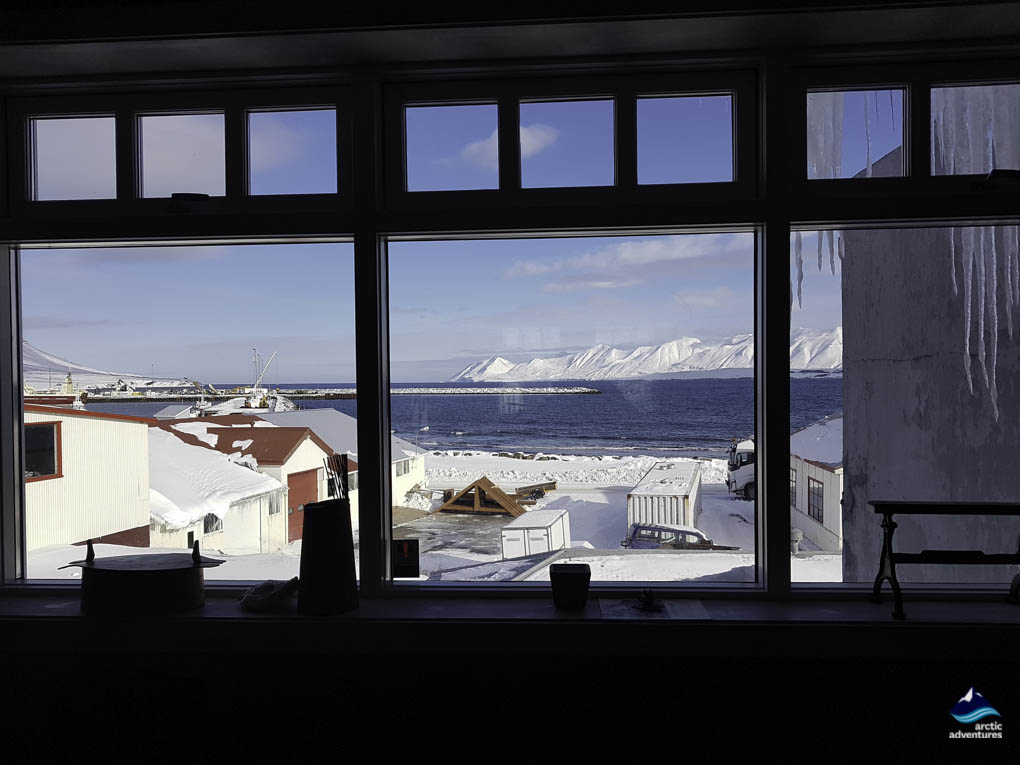 Where to stay at Dalvík?

The campground at Dalvík is comfortably located near the swimming pool. The facilities are excellent and include running hot and cold water, showers, electricity (1000 ISK), a playground and wifi.

Open from the 1st of June until the 31st of August.

Price is 1700 ISK for each tent and 2200 ISK for campers or mobile homes. The price gets lower after the first two nights.

Dalvík is, as mentioned before, a bit of a skiing paradise so visiting in winter is not a bad idea at all. Just remember you are in Iceland even further North than the average traveler so pack proper winter clothing and some thermals/wool underwear. 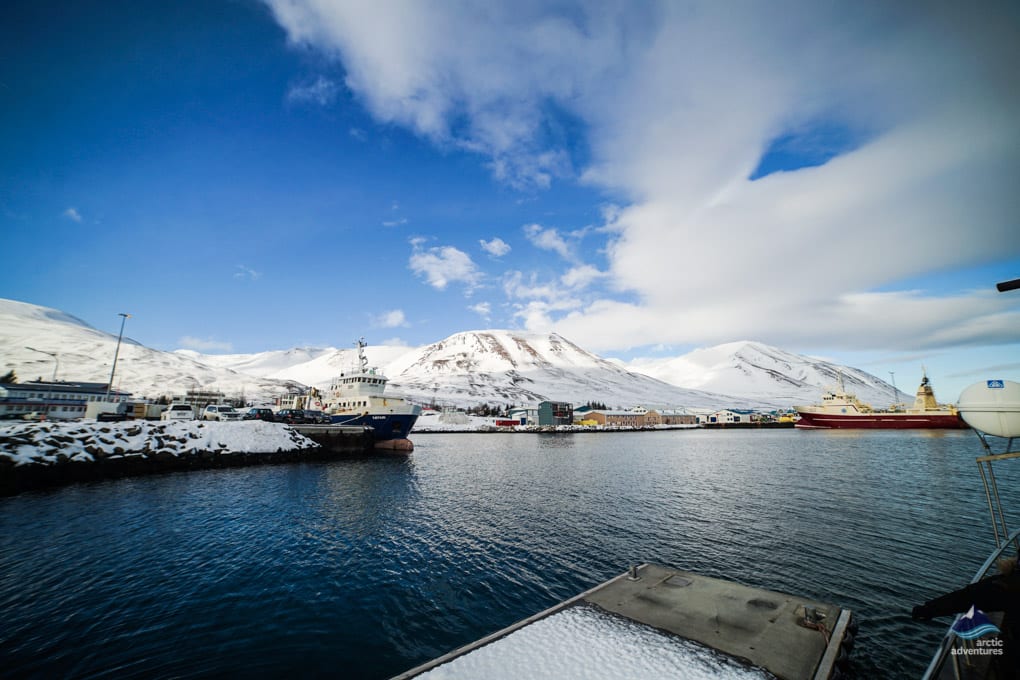 Dalvík is known to be able to run its whale watching tours way into the winter, sometimes all year round so this is also a great option for those visiting in winter. You might even want to do a whale watching and northern lights tour and catch all the Northern Highlights! 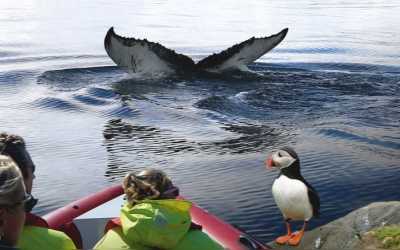 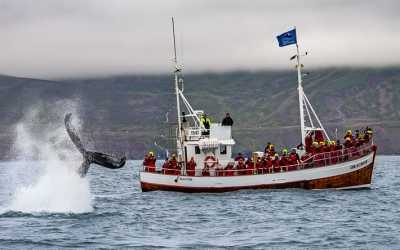 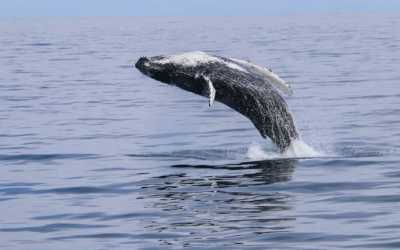