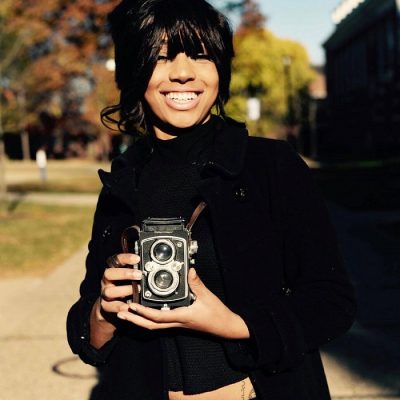 We’ve all had that scratch we couldn’t quite itch. Some resourceful puffins came up with the answer to this universal problem! In a now viral video, a puffin is shown on camera scratching its back with a stick. The Internet blew up, because who doesn’t love funny animal videos? Scientists, however, were in awe for a different and important reason.

Caught on camera by scientist Annette L. Fayet, the bird was nesting on Grimsey Island in Iceland

University of Oxford scientist Annette L. Fayet studies the migration and feeding habits of puffins. In July 2018 she was studying a group of puffins at Grimsey Island in Iceland. According to the Washington Post, she set up cameras all around the island and recorded “loads and loads of puffin behavior.”

The northernmost point in Iceland, Grímsey is located right inside the Arctic Circle. Its seabird population vastly outnumbers humans, with 1 million seabirds and 100 humans. The most popular inhabitants are the puffins, with puffin tours running throughout the summer.

In the video the bird sees a stick, picks it up with its beak, then scratches its chest with the pointy end

The bird’s behavior “fits all current definitions” of tool use, University of Oxford zoologist Alex Kacelnik told the Washington Post. Kacelnik has studied toolmaking crows but was not a member of the puffin research team. Unlike the puffin, crows use sticks to catch grub, making the video even more peculiar.

While this is the first time such a thing had been recorded on video, Fayet said she had noted the same behavior five years earlier

The first sighting was on a remote island in Wales about a thousand miles from Grimsey. Fayet spotted an Atlantic puffin floating at sea with a stick between its beak.

The bird began to use the stick to scratch its back. Fayet didn’t catch any photo evidence of the bird. “It was just one observation, and I was busy doing something else,” she told the Washington Post. While unusual, Fayet said she “kind of forgot about it.”

Fayet sent her footage to colleague Dora Biro, an animal behavior expert at the University of Oxford. Biro was immediately excited, as “this was a puffin, this was a seabird — and tool use had never been reported in seabirds before.” The pair joined forces with their colleague, biologist Erpur Snaer Hansen, to publish a study on puffin tool use.

Back-scratching is a particularly rare form of tool use called “body care.”

According to Biro, the only other type of body care performed by wild birds is “anting,” where birds cover their bodies with insects. Biologists believe bug juices might act as chemical defenses against bird fungi or parasites.

But then again who doesn’t like a good scratch now and then? 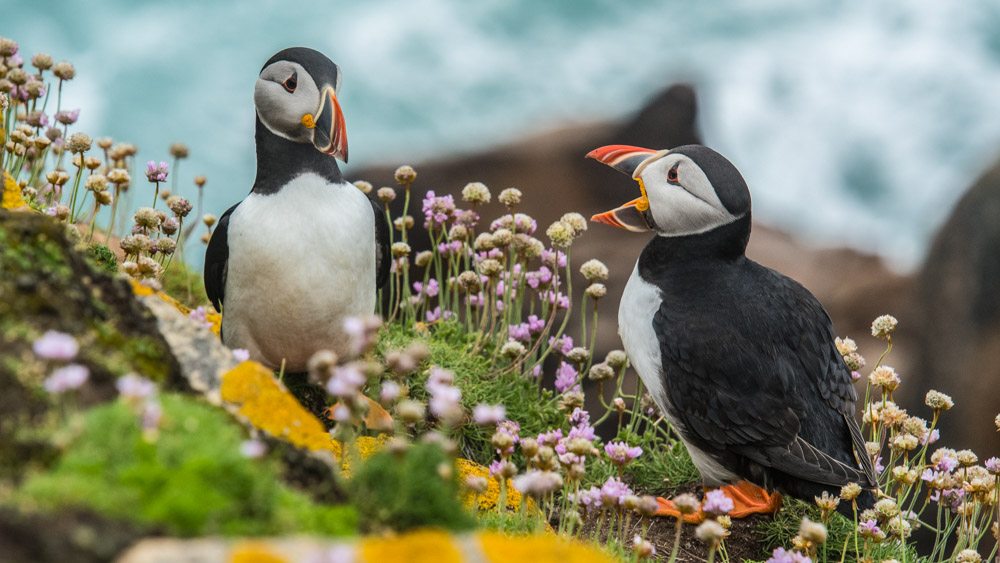 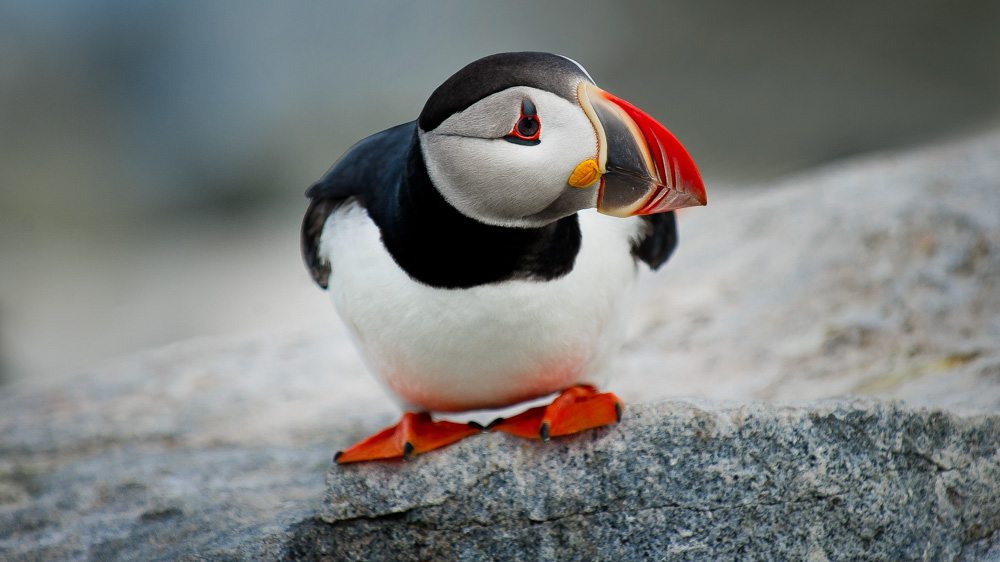 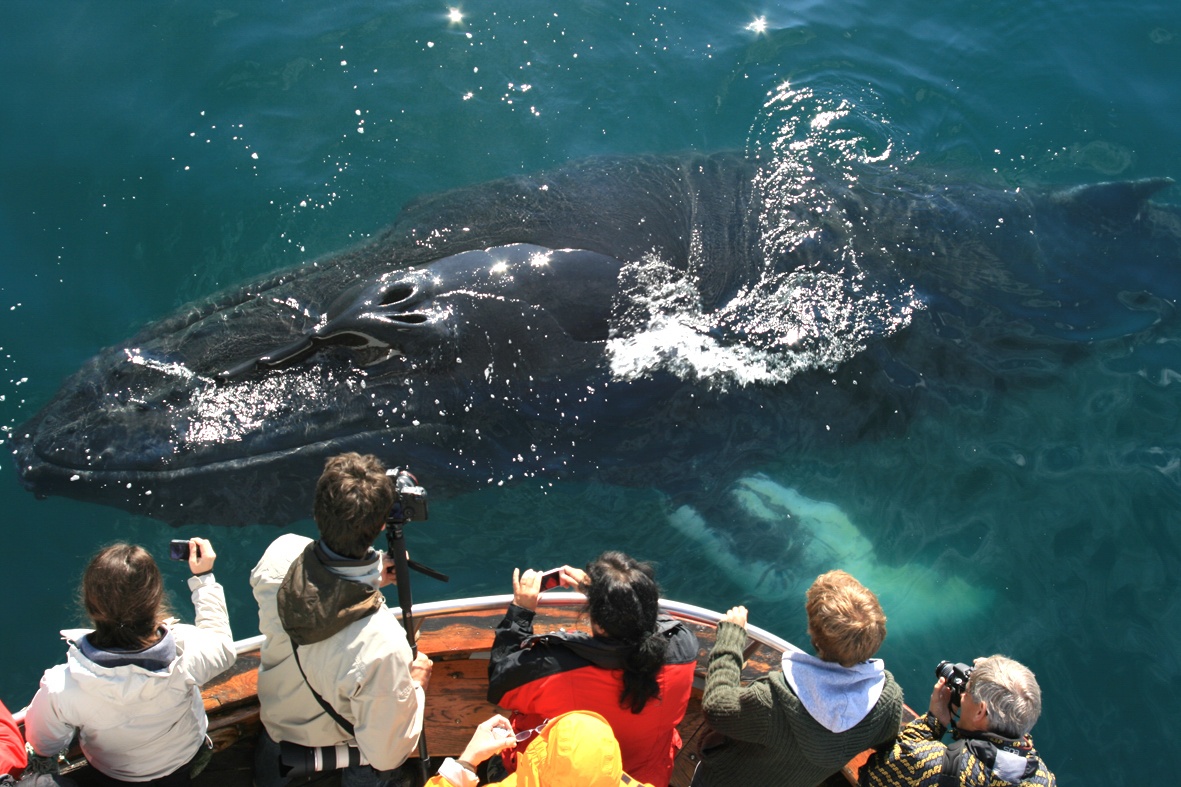 What to know
Puffins in Iceland - Everything You Need to Know

Iceland is the puffin watching capital of the world. Bird watchers and scientists from all over the world come to Iceland to see this interesting species for themselves. Thanks to their incredibly cute and funny appearance, puffin watching has become one of the top favorite summer activities for visitors in Iceland! Learn more about the puffins in Iceland: when to see and how to find them.

March 5, 2019 , By Viktoria
What to know
April in Iceland: Everything you need to know

April is known as one of the cheaper months to visit Iceland and for the stunning sunsets and the epic start of summer where the summer and winter seem to be fighting a war. There are so many epic adventures and things to do in Iceland in April and here is the ultimate guide.

May in Iceland is a really special time to visit. Nature is coming alive very rapidly now, spring and even early summer flowers are increasingly flourishing, the trees and grass are usually turning greener by the day.