Game of Thrones in Iceland

A few days ago the Kit Harrington and Emilia Clarke landed in Iceland, the reason? They are here to film the 8th and last season of the ever so popular Game of Thrones. Locations are yet to be released but many say that glaciers and the coldest areas in Iceland are the most prominent. They are looking for snow, that we do know! Here we wonder about the next locations and steps in the process!

This is the first time Clarke is here to shoot the series but Harrington has been to Iceland before and posted about it.

You can find the stars under these usernames:

The news about their arrival first broke on social media when fans spotted them at the airport and posted about it, later even posting photos!

We have known for a while that the 8th season would be filmed in Iceland but we haven’t had info on which characters would be involved. Now we at least know about these two and boy, are we happy! Clarke and Harington are some of the biggest stars ever of the show and this has added even more excitement for the final season.

Where will they film?

Again we don’t know for certain. What we have seen before from Iceland in the series are locations such as Mt. Kirkjufell, Svínfellsjökull glacier, Grjótagjá hot pool, Jökulsárlón glacier lagoon, Stakkholtsgjá gully and Reynisfjara black sand beach but now we can only guess.

Important scenes such as when Jon met Ygritte in season 2 which was filmed in Grjótagjá in North Iceland. The scene where the wildlings marched to the south in season 3 was filmed in Iceland and where Jon and his band of merry men hunted a wight in season 7. We hope that similar scenes will appear in the 8th season.

The stars have been spotted staying at a hotel at Kirkjubæjarklaustur near Vatnajökull glacier park and Skaftafell national park! This gives us some clues about where the next scenes might be filmed and gives you a chance to possibly run into these sought-after celebrities!

Anyway, if you are a fan visiting Iceland – you should most definitely check out the Game of Thrones tour. Giving you a chance to visit some of the many filming locations in Iceland. If you are looking to visit the famous cave where John Snow and Ygritte had their love scene check out this tour in the North.

Where do you think they will film? 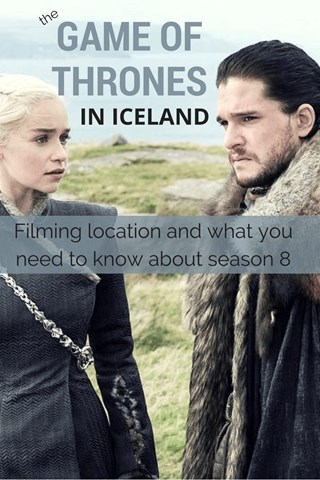