1. Iceland is the smallest country ever to qualify for the World Cup!

2. Jón Daði Böðvarsson comes from the small town of Selfoss on the South Coast. When he was playing in Stavanger in Norway he was chosen the Sportsman of the year in his county back home, Árborg. He used the prize money to start a fund for kids who want to play football but can’t afford it. The fund is called “Knattspyrna fyrir alla” or Soccer for everyone!

4. Heimir Hallgrímsson the team’s coach is actually a dentist and lives in the beautiful islands of Vestmannaeyjar. He actually needs to fly or take a boat to get to Reykjavík!

5. Ragnar Sigurðsson used to use the username Rassgatið or Asshole on Instagram, yes really! Now he is Sykurson “son of Sugar”.

6. Jóhann Berg Guðmundsson was excellent at the video game Counter Strike in his younger years and actually competed on the most famous tournament in Iceland Skjálfti. He was also a guitar player in a rock band.

7. When Gylfi Þór Sigurðsson treats himself it is usually with Vesturbæjarís Ice cream. He has often spoken about this in interviews. IF you want to go for “A Gylfi” at Vesturbæjarís Ice Cream Shop ask for “Bragðarefur með Jarðarberjum (strawberries), mars og snickers”

8. Aron Einar Gunnarsson is tattooed all over and even had the church from his hometown Akureyri in the North of Iceland going down his right arm and the Icelandic flag huge over his back.

Been working on this piece for the last year or so with @gunnar_v_tattoo been looking forward to show you guys the outcome, here it is 👆 only finishing touches left #tattoo #iceland #skjaldamerkið

9. When a new man is chosen for the team he always needs to stand up on a chair and sing a song for the whole team.

10. Emil Hallfreðsson imports red wine to Iceland from the Allegrini-family in the Valpolicella-valley not far from Verona, Emil played for Hellas Verona for a long time.

11. Birkir Már Sævarsson is playing for the local Reykjavík team Valur here in Iceland but also works for a Salt Company. He is actually using his Summer Vacation to play at the World Cup.

12. The Icelandic team has two players in the group of the oldest players competing in the World Cup in 2018.

13. The Icelandic National Team has scored a goal in every game at a big tournament.

The Icelandic men’s national team has now qualified for the 2018 World Cup.  This is the first time in history that such a small nation has qualified and we are extremely proud!

Many remember the dream like a fairytale in the 2016’s Euro Cup when the Icelandic team beat England and matched Portugal’s goal. This really showed the true spirit of our Viking players and we believe that now THERE IS NO STOPPING THE ICELANDIC NATIONAL TEAM!

We will end this with the ever so popular VIKING CLAP!

Have you been following the Icelandic team? 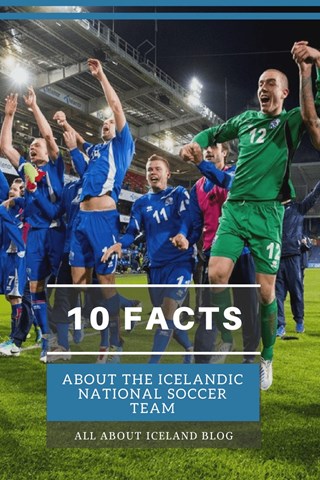 7 Facts about the Icelandic national soccer team that makes them even more badass!

The Icelandic National soccer team. They are fierce, they never ever give up and they are strong as hell. The team has had amazing players throughout the years and playing football has been the love of their lives.

There are no real words to explain the happiness that surrounds the amazing fact the Icelandic men's national team has qualified for the 2018 World Cup. When we qualified for the Euro Cup we thought we couldn't get higher.